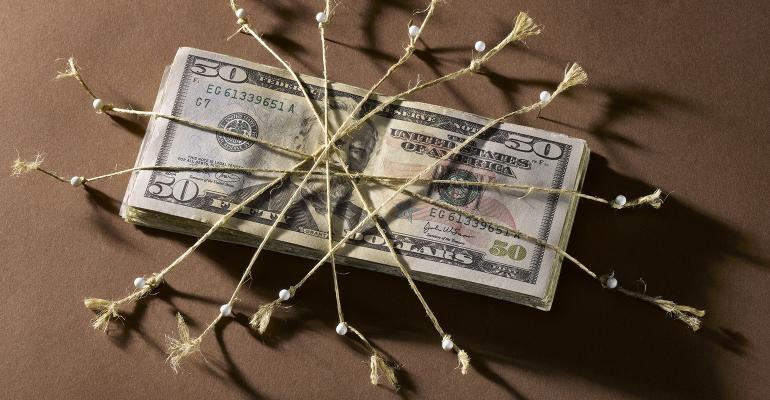 The recent case of Estate of Warne v. Comm’r (TCM 2021-17, Feb. 18, 2021) makes clear that when it comes to determining the charitable deduction for real estate donated to charity, the crucial issue is the value of what the charity received, not the value of what the donor gives away. In that case, the estate of Miriam Warne had left the entirety of a property-holding entity to charity and took a charitable deduction for its total value, more than $25 million, except the bequest was split: 75% to the family’s charitable foundation and 25% to a church. That led to substantial valuation discounts being applied here, significantly reducing the value of the resulting tax deduction. The court also increased the values of entity interests held in the estate and passed to the estate’s decedent’s, but not as much as the Internal Revenue Service wanted. Finally, the court also applied penalties to the gift tax returns for late filing.

The estate had made gifts of certain minority interests and held majority interests at death, in four real estate entities, all with leased fee and fee simple interests in California real estate, both commercial and residential. The fifth entity, Royal Gardens, LLC, which was entirely left to charity, held a leased fee interest in a mobile home park, also in California. The valuation disputes revolved around: (1) the appraisals of the real estate, (2) the size of the valuation discounts applicable to the entity interests, and (3) whether or not to even apply valuation discounts to the charitable donations.

Both sides submitted appraisals for real estate and entity interest valuations, but the court, as is common, determined its own valuations after a review of all the appraisal reports and court testimony. For the real estate, as of both gifting dates and the date of death, each side valued the properties using a combination of sales comparisons (price per square foot) and discount rates, and the court accepted parts of such testimony while substituting its own inputs for parts of the calculations. The interest discounts taken were only in dispute as of the date of death values, the discounts for the gifts having been settled prior to the trial. Importantly, these discounts all applied to controlling (majority) interests. Obviously, there’s no data on such interests selling at a discount. Both sides, however, applied some (albeit small) discounts for lack of control and marketability, a total of 10% for the taxpayer and 4% for the IRS. The court found a discount just below 9% applied to all interests. The court rejected the argument that the minority interest holders might sue the controlling owner as too speculative, raising the question of whether there should have been any discount for lack of control at all.

Taxpayers tend to avoid applying discounts to charitable donations. Reducing the value of the donated property through valuation discounts reduces the tax deduction – in this case materially.

The parties had stipulated that, should the Tax Court agree that discounts apply, the 75% controlling interested donated would be discounted at 4% and the 25% non-controlling interest donated would be discounted at 27.385%. Interestingly, both sides also cited the same case law to support their positions on this point. The court sets the issue up:

The IRS, citing Ahmanson Foundation v. United States (674 F2d 761 (9th Cir. 1981)), argued that the estate could only “be allowed a deduction for estate tax purposes for what is actually received by the charity – a principle required by the purpose of the charitable deduction.” That is, as the court held here, the property being valued isn’t what the estate contributed but what the charities received.

Trying to distinguish the facts in this case from those of Ahmanson, the estate argued that in that situation, a single voting share went to the decedent’s son while the remaining 99 non-voting shares went to charity. But the court in Warne held that regardless of the specific identity of the beneficiaries of an estate, the charitable deduction must in each case be based on what each charity receives, not what the donor gives away. Therefore, in this case, the estate must include 100% of the (undiscounted) value of Royal Gardens, while it may only deduct the (discounted) values of the 25% interest received by the church and the 75% interest received by the family foundation.

Overall, and having testified on the “other side” in this matter, I believe the valuation results here favor the estate. In particular, a 9% discount for an interest that has full control of an asset-holding entity must be a clear taxpayer win. Conversely, the result for the estate on the charitable donations may seem unfairly penalizing a “good deed” – after all, the estate now ends up paying estate taxes on property that no taxable beneficiary receives – but it’s a function of the law’s focus on what the charity actually receives that needs to consider valuation discounts if the interests are fractionalized.