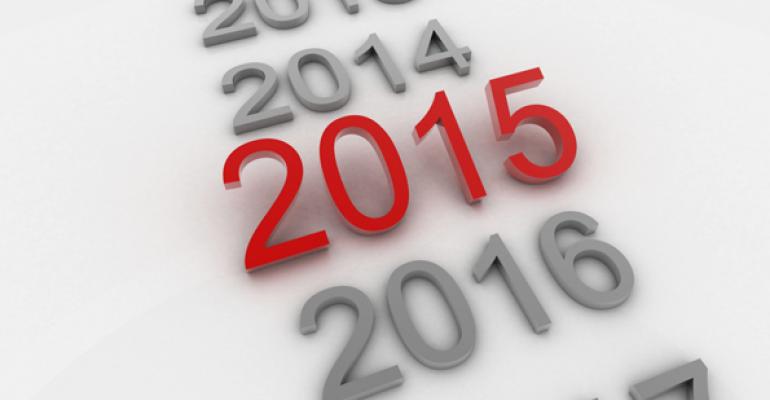 More views from the audience at Heckerling (2014)

The consensus at 48th Annual Heckerling Institute on Estate Planning was that because 2014 is an election year, there’s unlikely to be any major tax reform this year.  The year 2015, however, could be a different story.

What looms on the horizon for 2015 and beyond?  Although the tea leaves can be difficult to read, the 2014 Green Book (officially called General Explanations of the Administrations’ Fiscal Year 2014 Revenue Proposals) proposals that pertain to estate planning, which were released in April 2013, provide a broad outline of what could potentially happen down the road, subject of course to the inevitable horse-trading that marks the legislative process.

Here’s a summary of several of the key provisions of the Green Book proposals. Conspicuously absent from the Green Book is the Obama Administration’s long-time stalwart proposal to eliminate marketability discounts for interests in family-owned entities that hold passive assets, such as marketable securities.

1.  The estate, gift and generation-skipping transfer (GST) tax exclusions and rates would revert back to 2009 rules.

The Obama Administration proposes to restore the 2009 estate, gift and GST transfer tax exclusions and rates beginning in 2018.  Under this proposal, the estate and GST tax exemption amounts would be reduced to $3.5 million, while the gift tax exemption would be reduced to $1 million.   There would no longer be any indexing of these exemption amounts for inflation.  The top tax rate would be increased to 45 percent from the current top rate of 40 percent.  Portability would, however, continue in effect.

The Administration’s proposal clarifies that there would be no clawback for prior transfers by reason of the reduction in the estate, gift and GST tax exemption amounts.  Accordingly, if this proposal were enacted into law, it would most likely prompt another rush of gifting for wealthy individuals in late 2017 similar to the recent gifting rush at the end of 2012.

The Obama Administration would attempt to address the disconnect between the income tax rules and the estate tax rules that apply to intentionally defective grantor trusts (IDGTs).  However, in stark contrast to the previous year’s vastly overbroad Green Book proposal concerning grantor trusts–which would have generally sought to include most grantor trusts in the decedent’s gross estate for estate tax purposes–the 2014 proposal is much more narrowly drawn and would only be triggered in the case of certain transactions with grantor trusts that constitute a “sale, exchange or comparable transaction that is disregarded for income tax purposes by reason of the person’s treatment as a deemed owner of the trust.”  In those transactions, the portion of the trust attributable to the property received by the trust (including all retained income therefrom, appreciation thereon and reinvestments of such property), net of the amount of the consideration received by the person in that transaction would be: (1) subject to estate tax as part of the gross estate of the deemed owner, (2) subject to gift tax when grantor trust status ceases as to the deemed owner during such person’s lifetime, and (3) treated as a gift by the deemed owner to the extent any distribution is made to another person (except in discharge of the deemed owner’s obligation to such other person) during the life of the deemed owner.  The transfer tax imposed by this proposal would be payable from the trust.

Thus, the current proposal would allow IDGTs to be created, but wouldn’t allow taxpayers to sell or exchange assets to an IDGT (or engage in a comparable transaction) without potential adverse tax consequences.  An “exchange” presumably could include a grantor’s exercise of a power to substitute assets of equivalent value in a non-fiduciary capacity, which is a commonly used trigger for grantor trust status under Internal Revenue Code Section 675(4)(C).  It’s unclear what this proposal means through its reference to “comparable transactions” and whether that would embrace, for example, making loans to the trust or leasing back real property (such as a vacation home) from the trust.

Significantly, the Green Book proposal specifically excludes from its ambit trusts that are grantor trusts solely by reason of IRC Section 677(a)(3), which pertains to the application of income to pay life insurance premiums.  Thus, such narrowly drawn irrevocable life insurance trusts wouldn’t be subject to estate tax inclusion merely because they’re grantor trusts, perhaps even if the specified transactions described above were engaged in.  In addition, the proposal wouldn’t alter the treatment of any trust that’s already includable in the grantor’s gross estate under existing provisions of the IRC (such as grantor retained annuity trusts and qualified personal residence trusts).

This proposal would apply to transactions entered into on or after the date of enactment.

The Obama Administration would significantly reduce the attractiveness of grantor retained annuity trusts (GRATs) by, among other things, requiring a minimum term of 10 years (thereby eliminating short-term rolling GRATs), preventing the ability to front-load the GRAT annuity and imposing a minimum taxable gift requirement.  In addition, to combat the perceived abuse of “99-year GRATs,” the Obama Administration would limit the maximum term of a GRAT to the annuitant’s life expectancy plus 10 years.

The Green Book contains the following additional proposals that pertain to estate planning: