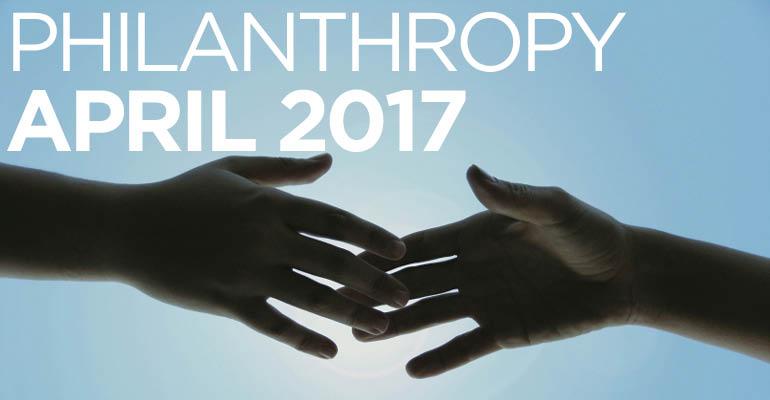 Breaking Up May Not Be That Hard To Do: Unwinding Marriages And Philanthropies: Part II

In my February 2017 column, I discussed the recent guidance from Private Letter Ruling 201648007 (Aug. 15, 2016) on the division of a charitable remainder trust (CRT) in the context of a divorce. Now, let’s look at the difference between a “CRT-alimony trust” and a conventional alimony trust, as well as suggested criteria for choosing between the two. We’ll examine the viability of a charitable gift annuity (CGA) as a non-trust alternative source for the payment of alimony and evaluate the termination of a charitable lead trust (CLT) as an option for the payment of alimony or property settlement.

CRT-alimony trust. PLR 201648007 showed the planning possibility with a previously established CRT. The division of a CRT qualifies as a tax-deferred transfer incident to divorce without triggering a gift tax or generating a federal estate tax. The unitrust or annuity trust amount can work like alimony but be subject to the more favorable tier accounting rules under Internal Revenue Code Section 664(b). Because the termination of unitrust or annuity trust payments on the remarriage of the former spouse is a qualified contingency, the arrangement operates like traditional alimony. It’s also possible to establish a CRT for the purpose of using the unitrust or annuity trust amount as alimony. The payor-spouse receives the benefit of an upfront charitable deduction. Thus, the CRT can be used reactively or proactively as a planning technique for the payment of alimony.

Alimony trust. Of course, a newly established CRT-alimony trust requires charitable intent. For an obligor without charitable intent and an obligee insisting on assurance of payment, an alimony trust will be more appropriate. The obligor will transfer property in trust that specifies the amount to be paid to the obligee as the divorce decree mandates. Any principal remaining after the cessation of the obligation due to the death or remarriage of the obligee reverts to the obligor. Although the obligor is relieved of a support obligation, IRC Section 682 doesn’t treat the obligor as the grantor. The income from the trust is excluded from the gross income of the obligor. For the obligor, the tax effect is as if the payment was an above-the-line deduction against gross income. The income is taxed to the obligee to the extent of distributable net income (DNI) under IRC Section 661. These rules afford the opportunity for some of the payments received to be tax-free. For example, if the alimony trust’s payout is greater than its DNI, the excess is a tax-free distribution of principal.

But remember, the simplest form of alimony is a transfer of cash, free of trust.

Is the CGA an Alternative?

If the divorcing parties previously funded a CGA whose payments have commenced, the gift annuity agreement should have addressed the changing of the annuitants. If the agreement were a joint-and-survivor annuity with each entitled to half of the annuity payment, the charity can simply send two separate checks. If the agreement had successive rather than joint and survivor payments, the lead annuitant could waive the right to payment to start payment to the successor annuitant as part of a divorce agreement.

If the divorcing parties are considering establishing a CGA, its comparative simplicity to the CRT and the tax-free return of principal of the payments during the life expectancy of the annuitant would be very attractive. However two major hurdles need to be cleared:

(1) IRC Section 514(c)(5)(B) requires the annuity only be paid over the life of one individual or the lives of two individuals living at its issuance. A CGA may not be for a term of years or cease under a “qualified contingency” such as remarriage as is permissible for a CRT. The party funding a CGA for the benefit of a former spouse may not want to provide a lifetime income.

(2) The initial funding amount for a CGA will be larger than the amount needed for funding a charitable remainder annuity trust (CRAT) or charitable remainder unitrust paying the minimum payout rate of five percent. For annuitants age 68 or younger, the payout rate is less than 5 percent. For example, if the divorcing parties agreed to annual alimony of $50,000 for an annuitant age 59, the CGA would need to be funded with approximately $1.16 million. This amount is 16 percent greater than the CRAT funded with $1 million, assuming the obligor wishes to maximize the charitable deduction from the CRT-alimony trust by using the minimum payout rate of 5 percent. It’s more than twice as much needed to fund a CRAT, which would barely satisfy the 10 percent charitable remainder requirement. Of course, Section 514(c)(5) permits an obligation to pay a CGA to avoid acquisition indebtedness with a present value as little as 10 percent. Because most charities adhere to the American Council on Gift Annuities rates, it’s unlikely an obligor would be able to negotiate a CGA with such a small present value for the remainder interest.

The grantor may wish for the principal to revert to him to provide an asset to be transferred to his former spouse. These assets could be used for a property settlement or funding alimony payments and are governed by the regular income and transfer rules that apply to a divorce.

At first blush, Revenue Ruling 88-27 appears to foreclose any possibility of commutation. It concluded that an inter vivos charitable lead annuity trust (CLAT) doesn’t qualify as a guaranteed annuity interest under IRC Section 2522(c)(2)(B) and Section 2522(a) if the trustee had the discretion to commute and prepay the charitable interest. Thus, the entire charitable gift tax deduction was lost, exposing the entire transfer to gift tax.

It further noted that the result would have been the same even though the trust permitted a prepayment calculation using the methodology and discount rate used to calculate the present value of annuity payments under the IRC. Because the exact amount that would be payable to charity couldn’t be determined as of the date of the gift, there was no qualified CLAT interest.1

But, what if the trustee would pay a commuted payment amount equaling the nominal value of the remainder payments to charity?

A series of PLRs show that the reversion to the grantor may be accelerated, so long as the charities receive the undiscounted nominal balance of payments due, and the trust didn’t permit commutation. In PLR 199952093 (Oct. 7, 1999), the IRS approved a commutation in an amount equaling the remaining undiscounted annuity obligation to charity.2 The remaining assets were distributed to the non-grantor remainder beneficiary before the original termination date of the trust. The IRS also ruled the private foundation status of the trust wasn’t terminated nor were there any self-dealing issues under IRC Section 507. In PLR 200226045 (June 28, 2002), the IRS even approved the return of assets to the remainder beneficiary, a non-exempt limited partnership, even though there wasn’t a commutation.3

While the taxpayers’ motivations in the PLRs weren’t in a divorce context, their rationale should govern.

So, commutation should be an option to accelerate the reversion of an asset to a grantor or a nongrantor as part of a plan for using the asset in a divorce settlement.

Charitable planning coordinated with dissolution planning merits serious examination. The work involved is well worth the effort to assure divorcing parties have maximized the use of all marital assets in a tax-efficient manner.

The four techniques are summarized in “Techniques Available for Funding an Alimony Obligation,” this page.

1. Private Letter Ruling 9734057 (Aug. 22, 1997) addressed the issue of commutation of a testamentary lead unitrust. It ruled the termination of the charitable lead unitrust disqualified the trust property for the estate tax charitable deduction.

2. The assets of the charitable lead trust (CLT) were shares in a privately held bank that subsequently went public. The assets had grown from $4 billion to $22 billion. The remaining payments owed to charity were $2.8 billion.