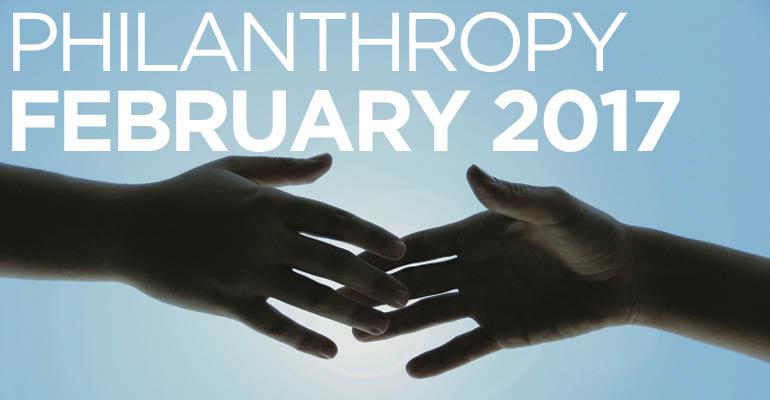 Breaking Up May Not Be That Hard To Do: Unwinding Marriages And Philanthropies

Christopher P. Woehrle discusses the recent guidance the IRS provided on the division of a CRT in the context of a divorce.

Nearly half of all marriages end in divorce.1 The conventional issues in dissolution planning involve the determination of alimony, property settlements and child support, as well as the agreement on tax ownership of the dependency exemptions. One easily missed planning opportunity is the possibility of restructuring any previously made charitable income arrangements as a source of alimony.

Let’s examine the recent guidance the Internal Revenue Service provided in Private Letter Ruling 201648007 (Aug. 15, 2016) on the division of a charitable remainder trust (CRT) in the context of a divorce. It highlights the planning considerations for when such an option would make sense to the payer of alimony. It also analyzes the theoretical benefits of alimony planning through a CRT alimony trust with an acknowledgment of its weakness in the current low Internal Revenue Code Section 7520 interest rate environment.

Facts of the PLR

Arnold (A) and Barbara (B) established a charitable remainder unitrust (CRUT) during their marriage. The CRUT paid a unitrust amount as long as either A or B were alive. The trust initially met the requirements of a qualified CRUT within the meaning of IRC Section 664(d)(2). A third party served as the trustee. A and B later decided to dissolve their marriage and agreed to delay the entry of a final judgment of divorce until the IRS ruled on their request about the income and transfer tax consequences of dividing the CRUT.

Under the proposed division, A and B agree to a pro rata division of each asset of the CRUT that funds respectively Trust A and Trust B. A and B receive payments from their trust as long as they live. A and B designate the charitable remaindermen of their own trusts.

The taxpayers sought confirmation that the division of the CRUT wasn’t a taxable event to them for either income or transfer tax purposes and that the tax-exempt status of the original trust was preserved. The taxpayers also sought a ruling that: (1) the division didn’t trigger an excise tax owed on termination of the CRUT, (2) there were no acts of self-dealing between them and the CRUT, and (3) there were no taxable expenditures.

Ruling 1: Preserving the tax-exempt status of the CRUT. The IRS found the original CRUT and the two successor trusts all qualified as CRTs.2 All the requirements of IRC Section 664(d)(2) were satisfied. The payout rate was at least 5 percent but didn’t exceed 50 percent. The present value of the remainder interest was at least 10 percent of the fair market value of the property as of the date such property was contributed to the trust.

Ruling 2: Partition isn’t a sale or exchange triggering a taxable event. The owners of property may be faced with a situation in which it makes sense to partition or sever an interest in property. Were these partitions treated as a sale or exchange, the owners generally would have an inclusion in gross income in the amount of the difference between what’s received (amount realized) and what was given up (cost basis).

Certainly, a divorcing couple might find it useful to sever their interest in a CRUT. If the severance enables one party to satisfy an alimony obligation to another with previously irrevocably committed assets, even better. Citing Revenue Ruling 56-437 (the conversion of a joint tenancy with right of survivorship to a tenancy in common isn’t a sale or exchange), the IRS held the division of the original CRUT into two new trusts wasn’t a sale or exchange as each asset was divided pro rata. The IRS noted there wasn’t a shift in the beneficial interest in the assets of the original CRUT. The IRS further determined that the holding period for the assets now held in the successor trusts included the period held by the original trust.

Ruling 3: Qualifying the division as tax-deferred transfer incident to divorce. A and B sought assurance that the partitioning of the CRUT qualified for nonrecognition of gain and loss under IRC Section 1041(a). The partitioning of the CRUT into Trust A and Trust B was within the meaning of Section 1041(a) because it occurred as part of a transfer incident to a divorce. Specifically, under Sec-
tion 1041(c), a transfer of property is incident to divorce if the transfer occurs within one year after the marriage ceases. Because A and B represented their final judgment of divorce would be delayed until receipt of a favorable PLR, the 1-year time requirement would be met.

Ruling 4: Gift tax consequences. The IRS opined that if the spouses obtain their final decree of divorce within two years after entering an agreement to divorce, then Treasury Regulations Section 25.2517-1(a) won’t treat the transfer as a gift without any or with insufficient consideration. The transfer will be treated as a transfer made for full and adequate consideration in money or money’s worth. A hasn’t made a gift to B; nor has B made a gift to A.

Ruling 5: Estate tax consequences. For both A and B, the IRS would include in the gross estate at the death of each the value under IRC Section 2036. There would be an offsetting deduction for the assets passing to the charitable organization(s) each had designated.

Rulings 6, 7 and 8: Taxable terminations, acts of self-dealing and taxable expenditures. Generally during the time a CRUT (or charitable remainder annuity trust (CRAT)) continues to pay the unitrust amounts to the non-charitable beneficiaries, the trusts are treated as private foundations (PFs) subject to a number of excise taxes.

A and B sought confirmation that a trifecta of excise taxes wouldn’t undo their ability to use a CRUT as part of an alimony-financing strategy.

Regarding the applicability of the IRC Section 507(c) excise tax for the terminating of a PF, the IRS ruled the division of the original CRUT into Trust A and Trust B wasn’t a termination of the original CRUT. Although there was a significant disposition of assets within the meaning of Treas. Regs. Section 1.507-3(c)(2)(ii), the successor trusts had the same distribution provisions.

Regarding the self-dealing rules, the IRS concluded that payments of the unitrust amounts to A from Trust A and to B from Trust B weren’t acts of self-dealing under IRC Section 4941. The unitrust payments to A and B were to remain the same during their lifetime with the charitable remainder to be received by their designated charities on the passing. Thus, there’s been no detriment to charity by the splitting of the trust into Trust A and Trust B. IRC Section 4947(a)(2)(A) specifically exempts from the self-dealing rules amounts paid to a non-charitable beneficiary such as A or B under the terms of the trust instrument.

Because a CRT may have a qualified contingency, payments from it could end on the remarriage of a former spouse. Termination of trust payments in the event of remarriage qualifies.3 So long as the charitable remainder either receives the payments for the lifetime of the now remarried former spouse or the trust is terminated to pay the principal to charity, then the trust retains its tax-exempt status as a CRT.4

One of the biggest disadvantages of a CRT alimony trust is requiring perhaps much more principal to generate a payment from the CRT than the payer of the alimony would find acceptable. In the current low Section 7520 interest rate environment, there’s the possibility of failing Rev. Rul. 77–74’s “not greater than 5 percent probability of exhaustion test” even at the lowest payout rates.

Let’s examine the case study below to assess the comparative advantages and disadvantages of creating a CRT to pay alimony.

In December 2016, A agrees to pay alimony of $50,000 in quarterly installments of $12,500 to B (age 59) for the shorter of B’s lifetime or 10 years. Payments will cease if B remarries. A has an above the line deduction for the payments while B has gross income from the alimony payments that are taxed at ordinary income rates.

For a CRAT to be a viable option to pay $50,000 annually, it would need to be funded with $1 million to generate the entire alimony payments assuming A wished the maximum charitable deduction arising from the minimum payout rate of 5 percent.

In choosing between these two strategies, A has to balance any charitable intent and the tax savings from the income tax deduction versus the ultimate loss of access to principal.

Dividing a previously funded CRT as part of a divorce settlement can be a savvy way to provide alimony support.

Creating a CRT alimony trust, while undeniably feasible because of the qualified contingency described under Section 664(f), does require analysis of the Section 7520 interest rate environment. Because the recipient of the income interest more likely will insist on the certainty of an unvarying payment from a CRAT, the “not greater than 5 percent probability of exhaustion test” must be met. The current very low interest rate environment will disqualify a CRAT paying the minimum rate of 5 percent up through the age of 72.5 Of course, the duration of the CRAT can be limited to the measuring life of the alimony-recipient or a fixed period of time. Because such a contingency doesn’t delay the charitable remaindermen’s receipt, it’s a qualified contingency within the meaning of Section 664(f).

There are other planning hurdles needed to assure the CRT alimony trust is viable. Specifically, the obligor-donor must evaluate whether the needed funding to fulfill the alimony obligations matches his level of charitable intent. While the alimony CRT trust may generate more tax advantages in the initial years, it’s more likely conventionally paid alimony, free of trust, will generate more savings to the obligor. Of course the only way to be sure is to “run the numbers” based on the needed duration of any alimony obligation.

1. The National Center for Family and Marriage Research notes the divorce rate, while in decline, has been increasing for Baby Boomers (those born between 1946 and 1964). For those ages 55-64, the risk of divorce has doubled between 1990 and 2012. For the identical period, it’s tripled for those 65 and older. See  Susan L. Brown, I-Fen Lin and Krista K. Payne, “Age Variation in the Divorce Rate, 1990-2012,” www.bgsu.edu/content/dam/BGSU/college-of-arts-and-sciences/NCFMR/documents/FP/FP-14-16-age-variation-divorce.pdf.

2. Private Letter Ruling 200502037 (Jan. 14, 2005) similarly held the division of a charitable remainder unitrust (CRUT) into two trusts doesn’t cause either the original trust or the new trusts to fail to qualify under Internal Revenue Code Section 664.

3. IRC Section 664(f)(3) defines a “qualified contingency” as any provision of a trust that provides that the payments owed the income beneficiary “will terminate not later than such payments would otherwise terminate under the trust.”

4. See Revenue Ruling 76-291, which ruled that a CRUT reducing the payout on the remarriage of a spouse from 5 percent to 1 percent remained a charitable remainder trust (CRT) so long as the 4 percent was paid to the charitable remaindermen for the duration of the term of the trust.