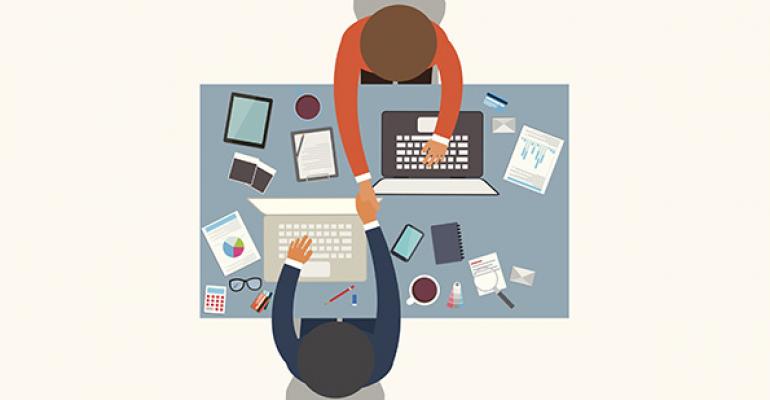 Between the Lawyer’s Office and the Trustee

“You Don’t Get a Second Chance to Make a First Impression...”

I have a friend who spent time as a bank examiner with the Office of the Comptroller of the Currency.  His career involved auditing federally chartered trust companies, all sizes, around the country.

Over nachos and beer about six months ago, this is more or less what he told me: “There isn’t a bank in the country that reviews relationship-building with beneficiaries as a separate area of risk management.”  He went on to say that trust companies would be better off if they did so.

Now, as Sherlock Holmes would say,  “What do you make of it?”  Is my friend’s observation the clue you’ve been looking for, mostly without realizing it?  This calls for further investigation...”

Try calling your compliance officer and making this humble inquiry: “Jennifer, does our Compliance Manual say anything about developing good beneficiary relationships as a separate risk-management item?”

After a pause, you’re very likely to hear back: “Nope.”

“How about in our Policies and Procedures?”

Ladies and gentlemen, we have a problem.  Trust companies are spending more money and staff time on legalistic and procedural risk management, while at the same time, litigation is increasing by unhappy, ill-informed or otherwise disgruntled beneficiaries...

Often, the way we frame a problem actually gets in the way of solving it.  As Albert Einstein famously said: “We cannot solve our problems with the same thinking we used when we created them.”

Sometimes, all that’s necessary to initiate significant change is to tilt our point of view a bit.  For example, let’s take the problem of the increasing number of unhappy beneficiaries who decide to sue their trust companies. The traditional way to frame the problem, as already mentioned, is one of legalistic risk management.

But suppose that we shift our focus and begin to see a trust, first and foremost, as a relationship among flesh-and-blood human beings, rather than chiefly as a legalistic relationship.  Wouldn’t that lead to better cooperation and collaboration?

Sounds good.  The next step is brainstorming how to get there.

When we brainstorm, we have a choice. Do we focus on the problem or on potential solutions?

“Isn’t that the same thing?” you ask.

Not at all.  When we focus on problems, we tend to uncover more problems. “Well, we’d build stronger relationships with beneficiaries, but we don’t have time to call them more often. We’re understaffed and overworked as it is.  And don’t get me started on my sales goals…”

You get the drift.

In their Milwaukee clinic 30 years ago, Insoo Kim Berg and Steve de Shazer noticed that the best solutions for their clients didn’t necessarily correlate with their problems.  So they began to ask clients to focus on their “preferred futures” rather than on the problems themselves.

Once a client articulated what he’d like to see instead of his problem, the next step was to ask about times when this preferred future was already happening.  And then build on that.

So here are a few tips for trustees.  Let’s assume that your  “preferred future” includes more cooperation and collaboration with beneficiaries.  Take a look at times when that’s already happening.  Be curious.  What’s going on? What are you saying?  What are you doing?  What’s the beneficiary saying and doing?

And then: What else is contributing to the collaboration and cooperation?  And finally, how can we take what we learn and apply it to our relationships with other beneficiaries?

Trust beneficiaries, especially first-timers, often feel overwhelmed when entering a relationship with a trustee.  Anxiety, trepidation and confusion are natural and can lead beneficiaries to become defensive and adversarial.

That's why it's largely up to the trustee to set a tone of cooperation and collaboration.

In my experience, tone benefits greatly whenever a trustee’s expectations and those of the beneficiary are in alignment.  At its best, the alignment process begins at the first encounter.  Often, that’s a letter or phone call somewhere between the attorney’s office (when the beneficiary is told of the trust), and the first face-to-face meeting between trustee and beneficiary.

Think carefully before drafting that letter or making that phone call.  As millions of moms told roughly as many wayward teens: “You don’t get a second chance to make a first impression.”

And at the first meeting?  I suggest skilled conversation.  Maybe some version of a conversation that appeared in an earlier column (“It’s a Mad, Mad World,"):

“Well, I never knew your grandfather.  But if I had to guess, he probably would want your trust managed in a way that enhances your life, not simply subsidizes it. So I hope to get to know you well over time.  But first, I'd love to know—what kinds of things are on YOUR mind?  What puzzles you about your trust?  How about if you start by telling me what you think you know about trusts—generally—and about your trust in particular.  That way, I can clear up any misconceptions.  Then we’ll build upon what you already know…”

Trust institutions typically don’t have a consistent process to surface and address a beneficiary’s underlying negative feelings.  I’ve found a solution to be a Beneficiary Orientation program, in the spirit of freshman orientation programs that are found on every university campus.

If you find the idea intriguing, give me a call.