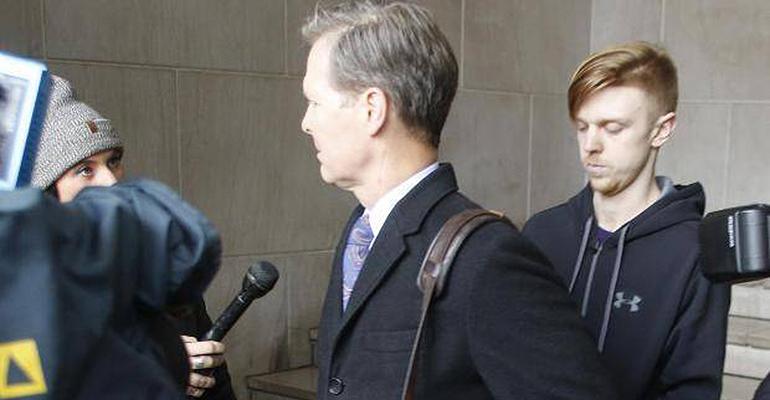 Ethan Couch is reportedly a changed person after serving his sentence.

Ethan Couch, dubbed the “affluenza teen” after his defense team successfully convinced a judge that his privileged upbringing essentially prevented him from knowing right from wrong, was released from jail today after serving two years for violating his probation. According to Tim Williams, a volunteer chaplain who has spent the last two years visiting Couch, says he’s now remorseful for his actions and a changed person.

In 2013, Couch was convicted of a drunk driving crash that killed four people and seriously injured two others. Couch, who had three times the legal blood alcohol level for an adult at the time of the accident, was only 16 back then. Prosecutors sought the maximum 20 years’ prison sentence; however, a Texas judge sentenced him to only 10 years’ probation, after hearing psychologist testimony that Couch’s spoiled and wealthy upbringing impaired his ability to understand the consequences of his actions. Ironically, it was Texas taxpayers who picked up the tab for his court-mandated rehabilitation—after his parents were found “financially unable to pay.”

The sentence angered many, including the victims’ families and anti-drunk driving activists, such as Mothers Against Drunk Driving. In 2015, a video surfaced of Couch partying and playing beer pong, which was in violation of his probation. And instead of meeting his probation officer, Couch and his mother, Tonya Couch, once again made headlines when they decided to flee across the border to Mexico. Officials eventually traced them down after they attempted to order a Domino’s pizza from one of their mobile phones, which led to the two-year sentence he just completed serving for violating his probation.

A debate about our country’s justice system aside, there are steps that clients can take to prevent raising entitled brats. For example, the importance of educating children about family wealth starting from an early age and instilling positive habits such as volunteer work and philanthropy is often stressed, especially when there’s a family business involved. The erratic conduct exhibited by Couch is also exactly the type that spendthrift clauses and other trust provisions seek to prevent, especially when a child already exhibits troubling behavior such as addiction or alcohol abuse. Unfortunately, even when estate planners do their part, sometimes the parents themselves can be the problem, as apparent in this case.