/sites/all/themes/penton_subtheme_wealthmanagement/images/logos/footer.png
Recent
Recent
Skience Rolls Out RightBRIDGE Integration
Nov 29, 2022
Nine Must Reads for the CRE Industry Today (Nov. 29, 2022)
Nov 28, 2022
Is the Retail Reckoning for Regional Malls at an End?
Nov 28, 2022
Making Client Reporting the Center of Your Client Experience
Nov 28, 2022
Featured
The 10 Best and 10 Worst States in Which to Retire in 2021
Jul 15, 2021
I’m an Advisor. This Book Changed My Life
Aug 31, 2022
Fifteen Must-Listen Business Podcasts for Advisors
Aug 14, 2020
Celebrity Estates: Jay Leno and Planning for Classic Car Collections
Feb 22, 2022
International Investing
brought to you by 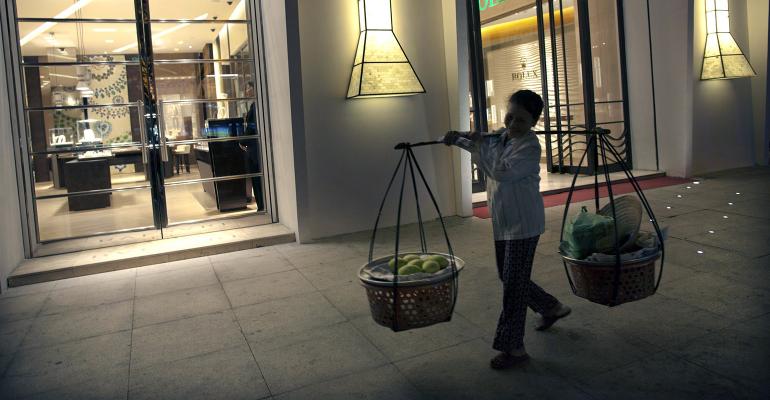 What happens when investing reaches the final frontier?

(Bloomberg) --Alexander the Great is said to have wept when he saw there were no more lands to conquer. For investors in a shrinking pool of frontier markets -- places like Morocco and Vietnam -- the feeling might be familiar.

As many of these nations graduate to “emerging-market” status, a closely-watched index of frontier equities is in danger of losing some of its largest and most liquid members including Pakistan, Argentina and Nigeria. With few obvious candidates to replace them, analysts at Citigroup Inc. have been sounding the alarm on what they’ve dubbed the “index problem” besetting a genre whose returns beat more-developed peers over the past five years. “You have to ask what is left in the Frontier Index,” said Hertta Alava, who manages a frontier fund for FIM Asset Management Ltd. in Helsinki. “If Pakistan and Argentina leave the index, it won’t be a very attractive composition any more. I think more and more funds will choose not to track the index.”

Index provider MSCI Inc. is slated to re-categorize Pakistan next month, taking one of the larger and more liquid frontier markets out of the benchmark and pushing it into its emerging market equivalent. Argentina and Nigeria are also being considered for reclassification. Pakistan made up 10 percent of the overall index, while Argentina claimed 15 percent and Nigeria 7 percent at the end of last year.

The disappearance of markets that have become bread and butter to investors who follow frontier-designated mandates is a recurring problem. A decade ago, United Arab Emirates and Qatar accounted for 28 percent of the frontier basket.

They were shifted into the emerging-market bucket in 2013, delivering a hit to the Frontier Market Index’s size from which it has never recovered. The current market capitalization of the gauge is $316 billion, about half its peak. Still, many frontier market investors already venture outside the benchmark -- placing money in promising areas such as Saudi Arabia, which wants to open its markets to more foreign capital. Many frontier investors still own Emirati and Qatari stocks some three years after the countries exited the index, suggesting they may hold onto Pakistani shares too.

“I’ve seen liquidity come and go,” said Andrew Brudenell, a fund manager at Ashmore Group Plc who helps oversees the firm’s $700 million in frontier-market equities, one of his focuses for the past decade. “Things get very liquid and very enthusiastic and then they dry up. You need to understand how to construct your portfolio based on what’s realistic liquidity in the market.”

Portfolio construction is fine for active funds. But at a time when passive investment is all the rage, entry or exit from an index can decide billions of dollars worth of inflows and outflows, said Citi’s Andrew Howell.

“In an increasingly index-dominated investing world, indices do matter,” he said. “Difficulties with the Frontier Market Index could impede significant AUM growth into passive funds linked to this index, putting frontier markets at a continued disadvantage to emerging markets from a liquidity standpoint.”

Howell says he would like to see MSCI add more frontier markets into its benchmark, and broaden its reach of stocks in countries such as Georgia, Ukraine and Cambodia. In the meantime, he suggests another more-liquid gauge, the MSCI Frontier EM index, an amalgamation of emerging-market countries such as Egypt and Colombia and frontier stocks.

While questions are swirling around the composition of the index, few investors are negative on frontier markets themselves as returns on more-developed stocks stagnate.

“There are over 100 countries in the world that don’t have a proper stock market yet,” said Alava at FIM Asset Management. “So there will be new countries, but it will take time.”