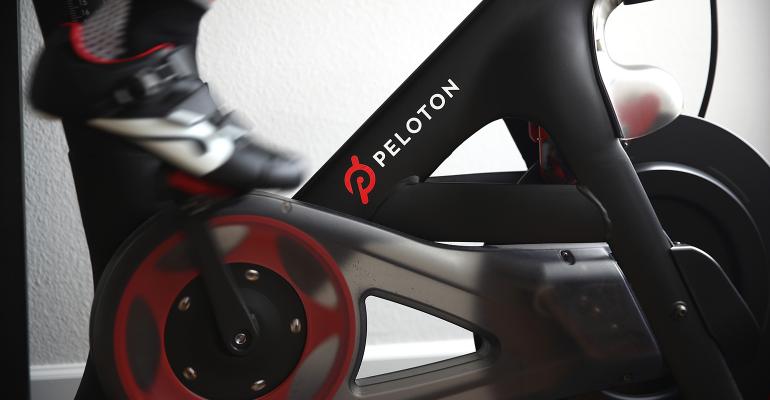 Precise formulas for predicting the future worth of companies are often disproved by reality.

Two recent conversations prompted me to write this. Both were about Peloton, the ‘connected fitness’ company. The first was a chat with an acquaintance who told me, “It’s overvalued, 100 percent definitely.” The second was a COVID-19-compliant discussion with my neighbor over the garden wall. He’s a bond guy, who himself happily works out on a Peloton exercise bike. On the company itself, he was less keen: “It’s like me and Bulgarian debt—I love it, but it’s definitely overvalued.”

Such comments reinforce my sense of the prejudices of many market participants. In this case, something about the striking levels of certainty shown by both of my interlocutors got me thinking about valuation.

Approaching my 25th year of learning about investing, many things continue to surprise me. Chief among them is the resilience of the capital asset pricing model (CAPM), the accepted formula for calculating risk versus return. It remains a fulcrum of the Chartered Financial Analyst Institute and other qualifications bodies and underpins the methodology often used to determine value.

At the core of CAPM is the idea that the only variable that matters to a stock’s potential return is "beta"—a proxy for relative volatility. Plug this into the alluring equation of risk-free rates, the equity market premium and expected returns, and we’re promised an output that tells us if the price of a stock is consistent with likely returns.

That may sound logical, but it’s based on several fallacies. There’s no evidence that beta explains the performance of individual stocks over the short term or the long term. There is also the small problem of which risk-free rate one should use, with this picture muddied by a decade or more of very low interest rates. Also, the equity market premium can only be grasped by those who write equations in textbooks.

Despite having no empirical evidence to support it, the CAPM remains widely used. That it should underpin so much passive investment results from the collective amnesia surrounding this topic. Meanwhile the idea of high and low beta relying on past correlations has surely been laid to rest by the coronavirus pandemic. If algorithms can’t predict humans bulk buying toilet rolls, it seems unlikely that CAPM advocates can correctly predict the progress of stocks.

The real question is why we still think that a single number reflecting past price fluctuations can describe the risk and return of a security. My guess is that because investment is so hard and so uncertain, a simple equation is very alluring. But no number, on its own, can capture valuation.

Valuation: Part of Every Question

In my view, valuation should touch every part of a research framework. In assessing the probabilities of future cash flows, advisors need to think about top-line growth, margins, the durability of competitive advantage, management culture and capital allocation.

Looking ahead to those future cash flows, revenue growth is necessary but not sufficient. It’s a far easier starting point for future cashflows to be substantially higher if revenues have gone up several-fold. This is an obvious arithmetical outcome of compound growth, but one often forgotten by a market focused on the next quarter. Margins and returns are the cogwheels of valuation: advisors can add a lot of value by unearthing companies that not only grow over the long term but become much more profitable as they achieve scale. The drivers of such growth and profitability are to be found in companies’ DNA: the culture set by management, their investment timeframe, their willingness to experiment and their view of their societal contribution.

We seek to understand what the valuation of a company might look like in 10 years’ time and why the market might not realize this. Of course, it’s challenging to look a decade ahead, but it’s imperative for long-term investors. The use of probabilities helps us navigate this uncertainty and it’s better to be imprecisely right than precisely wrong.

Looking Back to Look Forward

This is not just a theoretical approach. What if we had fallen prey to thinking Amazon was fully valued in 2005 with its sales at $8.5 billion and that a market cap around $20 billion captured its future growth? Remember, this was the year that Amazon Prime was announced, locking in profitless growth in the eyes of many. Why would you own such a volatile, high-beta stock when you could buy Walmart or a retail ETF? There were as many, if not more, people in 2005 saying that Amazon was ‘overvalued’ as there are saying this about Peloton today.

We could also run through Tencent’s 50-fold-plus increase in sales since 2008 or Hermès’ quadrupling over the last decade or so, at extremely high margins and with compelling longevity. In all these cases CAPM acolytes assured us the shares were overvalued a decade or more ago, just as my friends tell me about Peloton today.

Accepting that valuation is uncertain and intangible is one of the hardest things to do in investment. There is an alluring simplicity to a single number or equation bestowing faux certainty on our task. But a spot price/earnings multiple tells a long-term investor precisely nothing. It’s not a form of shorthand that foretells expected returns, it’s just a number. Moreover, it’s a dangerous number because it creates many hostages to the short term and douses imagination about the long term.

Uncertainty is hard to compute, and the risk of failure looms large. Easier to reach for the elixir of the CAPM, a ready-made solution to the eternal investment conundrum. Only it doesn’t actually work. Of that much I am certain.

Mark Urquhart is a partner and investment manager at Baillie Gifford