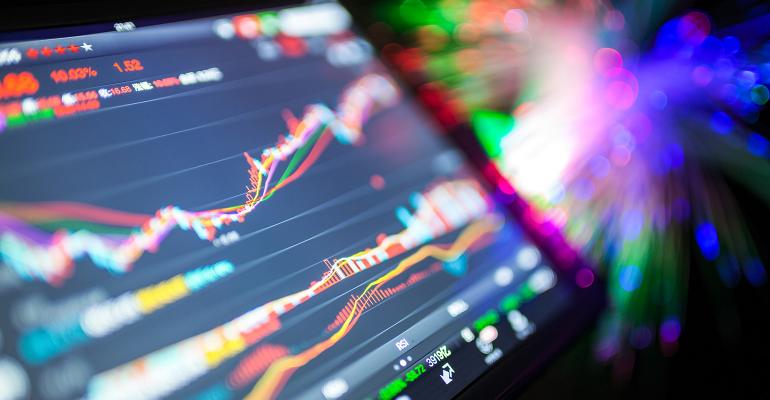 The Usual Suspect, Short-Covering, Is Innocent in This Stock Rally

CFTC data does show that traders moved into a net short position on Nasdaq 100 e-mini futures last week, but it was modest in size.

(Bloomberg) -- It’s a common refrain among skeptics on days like this when the stock market rallies at such a breakneck pace despite lingering uncertainty: It’s all just short-covering.

While there may be some of that at work, positioning data for major equity index futures and exchange-traded funds -- while imperfect -- do not suggest bearish bets were so crowded heading into the election that this surge higher is all simply a short squeeze. The S&P 500 climbed 2.2% Wednesday, the most since June, and the Nasdaq-100 Index jumped 4.4% for its biggest gain since April.

When it comes to e-mini futures on the S&P 500, speculators were actually net long some 115,439 contracts -- the most bullish since January 2019 -- as of a week ago, according to positioning data from the Commodity Futures Trading Commission. Short interest on the biggest ETF tracking the S&P 500, however, had climbed to an almost five-month high above 6%, according to IHS Markit. So it’s possible traders covering shorts on the $291 billion SPDR S&P 500 ETF Trust (SPY) added some fuel to this rally, but the futures positioning and other data suggest it’s of minor impact.

Technology shares helped lead the charge Wednesday, up the most since April as a group. It’s safe to say that many investors who expected a “blue wave” election to trigger a rotation into banks, industrial companies and other types of cyclical and value stocks got caught on the wrong foot.

CFTC data does show that traders moved into a net short position on Nasdaq 100 e-mini futures last week, but it was modest in size at less than 500 contracts. Short positions on both the Invesco QQQ Trust Series 1 and the Technology Select Sector SPDR Fund ETFs were nothing to write home about at a bit more than 2% of shares outstanding, according to Markit data.

Short interests on the individual megacap tech stocks that contributed the most to Wednesday’s rally -- Apple Inc., Microsoft Corp., Amazon.com Inc., Facebook Inc. and Alphabet Inc. -- are all minuscule, ranging from about 0.1% to 0.3% of free float, according to Markit.

And even the technology stocks that traders love to short aren’t showing signs of a squeeze. Goldman Sachs’s basket of the 20 tech stocks with the highest percentage of short interest is actually up less than the big tech ETFs.

In other words, any attempt to attribute Wednesday’s market action entirely to a short squeeze falls a little ... well, short.