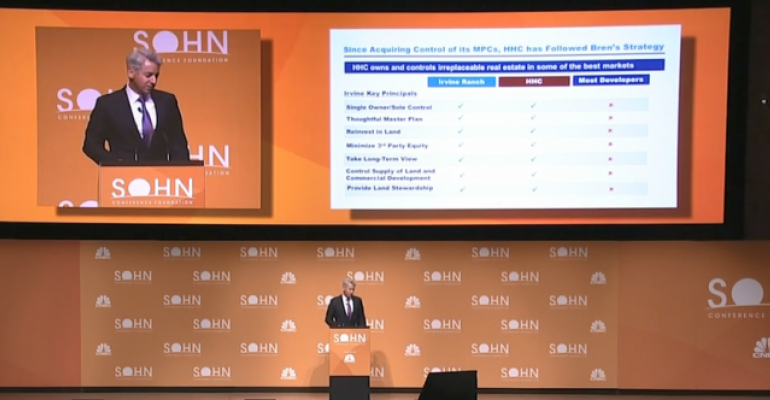 Start Slideshow ›
Hedge fund gurus, including David Einhorn and Bill Ackman, offered up their best investment ideas for 2017 at the Sohn conference in New York. Here are the highlights.

About 3,000 people gathered at the Lincoln Center in New York Monday for the annual Sohn Investment Conference, where some of the most prominent hedge fund managers reveal their highly-anticipated market picks for the year.

Some famous calls have been made at previous Sohn conferences — such as David Einhorn’s Lehman Brothers’ short in 2007, or Jeffrey Gundlach’s prediction last year that Donald Trump would win the presidency. Attendees shelled out $5,000 a ticket, which goes towards pediatric cancer, to get a piece of the action. (To get a sense of the weight of these calls, just check their stock price in the aftermath of the conference.)

Here are the top seven investment ideas from Monday.