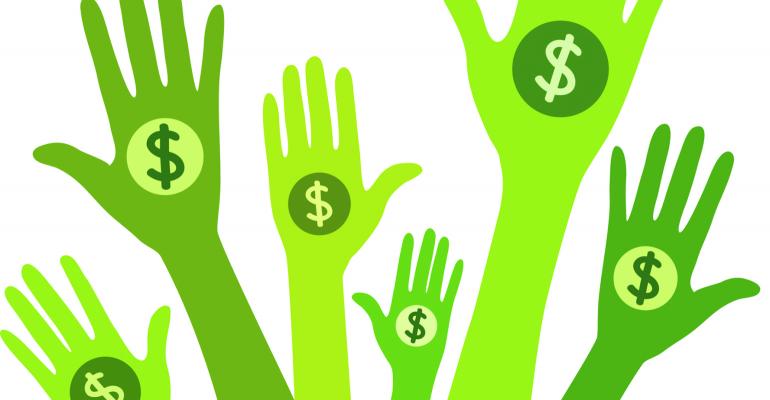 Is There a Crowd For Equity Crowdfunding?

A new crop of broker/dealers and funding portals are forming to capitalize on new equity crowdfunding rules. But will there be a market?&nbsp;

The total number of Financial Industry Regulatory Authority member retail brokerages has been on the decline for the last five years.

But one sliver of the universe is showing new signs of life: A new crop of broker/dealers and online funding portals are joining FINRA to capitalize on new opportunities made possible by the JOBS Act of 2012. The legislation prompted the SEC to make it easier to market and solicit investments, and opened the door for small businesses to engage in so-called “equity crowdfunding.”

About 15 to 20 of these new firms have signed on since 2013, according to Fishbowl Strategies, with another three to six launching soon, in anticipation of a wave of issuers and investors entering the market. Whether there is a crowd for equity crowdfunding remains to be seen.

While online portals for non-registered securities, like private equity or hedge funds, existed long before the JOBS Act, the issuers were not allowed to directly solicit investors.That changed in September  2013, when rules allowed issuers to market to accredited investors directly. At the time, there was much handwringing about hedge funds sponsoring Superbowl halftime shows and mom-and-pop millionaires lining up on Main Street to pour money into private equity or venture capital funds. “Obama’s Hedge Fund Free For All,” warned Forbes. The rule was “the most significant change to capital markets since the 1930s” said business website Quartz.

It has not happened, so far. Investments in non-registered securities has risen dramatically—in 2014, there were 33,429 offers raising a total of $1.3 trillion, up from 18,295 raising $595 billion in 2009. But only about 2 percent of the 2014 offers were solicited under the new JOBS Act rules, the 506(c) exemption, according to the Securities and Exchange Commission.

“People thought that things would pick up more than they have,” says Steve Fernando, a member of the executive committee of The Crowdfund Intermediary Regulatory Advocates (CFIRA), a non-profit advocacy group established following the signing of the JOBS Act in 2012. “It’s still progressing slowly as an industry.”

But Paul Boyd, managing partner at ClearPath Capital Partners, a wealth management firm for tech entrepreneurs, says there
is plenty of pent-up demand and a backlog of Reg D deals that are moving forward.

Boyd also expects the next phase of the JOBS Act, Title III, will bring a lot more attention to capital raises online. Set to go into effect in May, those rules let any investor, accredited or not, invest in unregistered securities online (with limits on the amounts that can both be invested, and raised, in a year). The tech-fueled vision of bypassing stuffy financial intermediaries in favor of a new-class of SEC-registered and FINRA member “crowdfunding portals” has inspired a flotilla of startups to enter the space.

Many of the new entrants have affiliated agreements with broker/dealers. Some have launched their own b/ds.

WealthForge launched its own b/d to provide all the services needed to complete a private securities transaction, including investor accreditation, regulatory filings and escrow. Co-founder and CEO Mat Dellorso says the new rules—and bringing the process online—have spurred their growth.

“When you bring the internet and you’re allowed to advertise a private security through 506(c), more investors do take part,” he says. WealthForge has completed 150 private financing transactions, bringing in 2,500 investors. “A traditional investment bank might complete three or five a year,” he says. “It’s a lot more volume because it’s more transparent and online now.

“Normally these transactions take weeks and months, but an investor can literally invest in a private placement on our platform in a matter of minutes,” he says.

Dellorso doubts they will do much work with firms looking to raise capital through the exemptions for non-accredted investors.

CircleUp is another new broker/dealer with a focus on consumer products and retail companies. Bhakti Chai, which makes Fair Trade Certified tea, raised nearly $865,000 on the platform.

Eakin doesn’t believe the wider gates for smaller investors coming in May will be important for his business; there are a lot of additional burdens for those companies looking to raise capital through equity crowdfunding than through private placements. For example, companies looking to raise more than $500,000 have to provide audited financial statements, which can be expensive.

Commissions for the smaller companies looking to raise capital may be prohibitive, and it’s not certain that among smaller, non-accredited investors there is a strong demand to make private investments in a still-hazy market. The platforms hold more promise for the firms looking to raise money than the investors. Many investors are lured by the promise of getting in on the next hot start-up, but most new businesses fail; if they do succeed, early micro-investors stand a good chance of being diluted out when real venture capital comes in. There’s not a clear secondary-market for these investments yet, though some of the new b/ds may step in and create their own.

Folio Institutional, a self-clearing broker/dealer, saw the interest around equity crowdfunding and decided to launch an online equity and debt-funding platform in September. Since the firm can custody the securities, it can enage in secondary-market transactions and, potentially, public offerings.

Advisors should expect to field a lot of questions from clients on the opportunities in equity crowdfunding as the new rules come online in May.

“My opinion is that people are going to start calling up and saying, ‘Hey, what about this crowdfunding stuff? Is that right for me? Should I have exposure to that asset class?’” Fernando says.

“I think that there’s going to need to be an increasing sense, a call from people that this is safe, that there’s no fraud here, that there’s enough disclosure documentation provided by the portal so that qualified investors can browse the site and make good, smart, investment decisions,” he says.

“I would have thought that this industry was in full bloom a year ago; it’s just starting, in my opinion, to blossom now,” he adds. “I think the next year or two will be really important data points in being able to tell where this is going to be in 10 years.”