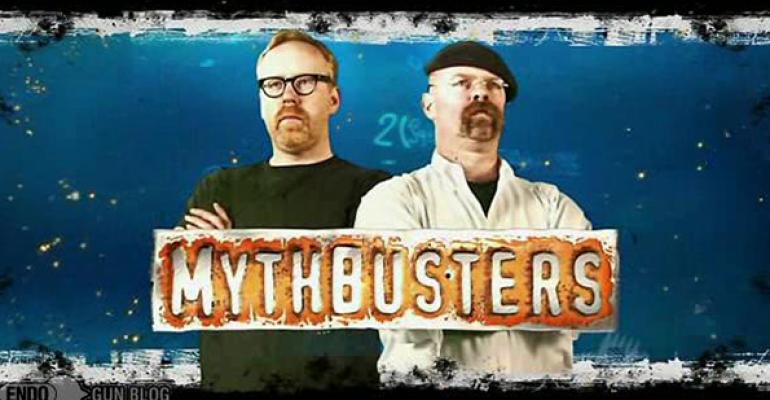 Some Market-Related Myths Are Harmful to Investors

By Ben Carlson
(Bloomberg Prophets) -- There are a number of rules of thumb and aphorisms that investors accept without investigating their merits based on the historical evidence. For example, many assume that buying individual bonds is safer than owning a bond mutual fund or ETF because it will shield them from interest-rate risk. The idea is that bond funds can fall in value but individual bonds will mature at par, so you don’t have to worry about losses when you hold them directly.

This misses the point that bond funds are simply the sum of the individual bonds they hold. Investors who hold individual bonds to maturity will still see losses in the meantime as their bonds are marked to market if interest rates rise substantially. By holding bonds to maturity, investors will get all of their money back, but if interest rates have risen, inflation has likely risen as well, meaning their dollar now has less buying power. Risk never completely goes away in the markets, so this strategy is really just trading one risk for another.

Here are a few more market-related arguments that don’t add up:

Low volume rallies spell trouble for stocks. People have been warning about low-volume rallies since the market bottomed in 2009. The idea here is that if trading volume is lower than normal, then institutional investors must not be participating in the rally. This makes no sense. Trading volume in the 1950s was about 3 million shares a day on the New York Stock Exchange. Over the past three months, the SPY ETF alone has traded an average of about 62 million shares a day. More investors turning over shares doesn’t have anything to do with the direction of the markets. In fact, investors tend to trade more when stocks are falling, because that’s when people panic.

There is tons of cash on the sidelines. On the flipside of the low volume rally is the idea that there is a magical stockpile of cash “on the sidelines,” just waiting to be invested. This argument runs into trouble when you realize that there is a seller for every buyer and a buyer for every seller. Markets are not a one-way street. Every trade is an exchange between two parties. Allocations can change over time, but there’s never going to be a flood of cash entering the markets because all that would mean is a flood of cash going right back out to those who sold. Margin debt is a backward-looking indicator that tells you nothing else beyond how the stock market has performed in the past. Most of the time, stock and bond markets are rising and doing so in concert.

Bonds always lose money when interest rates rise. Bond prices and interest rates are inversely related. When one rises, the other falls, and vice versa. But this relationship ignores the income portion of the total return an investor earns in bonds. For example, looking at five-year Treasury notes going back to 1954 shows that on a monthly basis, when the yield rose, 54 percent of the time there was a negative return. That means 46 percent of all monthly returns were positive when rates were rising.

The numbers look even better for annual returns. Interest rates were higher in 36 of the past 63 years on the five-year note. Out of those 36 rising rate years, 27 had positive returns on five-year Treasuries. So three-quarters of the time when rates rose on a calendar-year basis, bonds still earned positive returns. Rising rates will lead to lower bond prices, but you have to think in terms of total returns to understand the relationship between bond performance and interest rates.

Ben Carlson is director of institutional asset management at Ritholtz Wealth Management. He is the author of "Organizational Alpha: How to Add Value in Institutional Asset Management."
To contact the author of this story: Ben Carlson at [email protected] contact the editor responsible for this story: Max Berley at [email protected]
TAGS: Fixed Income ETFs
0 comments
Hide comments
Related
Sponsored