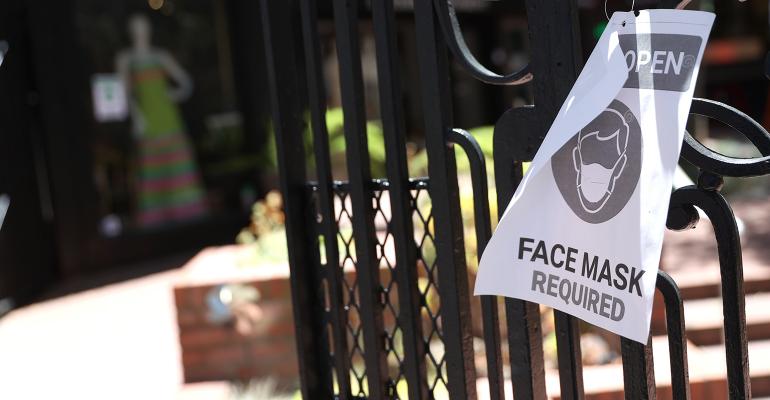 Signs of an Early Economic Recovery Shift the Conversation

The future is fraught with risk, but the latest data is optimistic.

As the spread of COVID-19 ebbs, many states are easing stay-at-home guidelines. The future is fraught with risk, but the latest data is optimistic. The economy appears close to a bottom and may soon rebound. Stock markets rallied in response, starting in the final days of May and continuing into June with major indexes nearing breakeven for 2020.

Although the U.S. economy has barely begun to catch up to the optimism embedded in equity markets, investor focus is firmly planted on the pace of the recovery. Credit spreads show marked improvement. The U.S. Federal Reserve has taken extraordinary measures to support credit markets, which has kept credit flowing. In the last three months, nearly $850 billion of investment grade (IG) and high yield corporate bonds were issued – well above typical levels.

Secondary markets also stabilized, with both IG and high yield spreads coming in from peak (distressed) levels. Spreads remain substantially wider than pre-virus levels, but almost half of the move has been retraced. This is enough to instill confidence in fixed income markets.

The May jobs report was also a positive, some may even say a shocking surprise, with 2.5 million jobs created when estimates were for a decline of several million positions.

Continuing claims, another key measure, also fell for the first time since the pandemic outbreak. About 4 million workers appear to have regained jobs as portions of the economy reopened.

Tepidly improving consumer confidence suggests not that the coast is clear, but rather that the conditions for a durable economic and market bottom may be beginning to form.

Yet a reversal could come. The economy was still in the early days of the 2008 recession when, following the collapse of Bear Stearns, a 51-day countertrend rally occurred. The Fed lowered interest rates. Consumer confidence improved. Credit spreads, financial conditions and investor sentiment also briefly turned up, only to regress. Economic and financial market conditions deteriorated in summer 2008, well before the worst carnage of the global financial crisis. U.S. equity markets did not bottom out until early March 2009 and the recession continued until June.

With the “sudden stop” caused by COVID-19, the U.S. economy is likely to bounce back from historically low levels quickly in the coming months. Consensus expectations for 2Q 2020 gross domestic product (GDP) stand at a horrific -34.2%. However, this is likely to be followed by one of the strongest quarters on record, with third quarter GDP expectations at +15.0%.

This does not signify a V-shaped recovery but results from how GDP is measured. Unlike corporate results, stated in year-over-year terms, GDP is reported on a sequential-change basis with quarterly changes extrapolated into annual terms. If GDP is converted to like terms with financial results, the third quarter of 2020 is expected to be -6.8% below third quarter 2019, following an expected -9.7% change in 2Q. While this ignores the impact of inflation, these economic prints are the most severe in U.S. history since World War II.

Several events could disappoint investors, including the size of the next stimulus package. With the robust moves in financial markets, policymakers may feel less pressure to “go big” to add to the deficit. This could prove a mistake if many of the recent layoffs become permanent. Businesses need continuing assistance in the socially distanced economy. Consumers are still cautious. If lower activity levels persist, even the most well-run businesses will come under pressure.

But investors have started to rotate into cyclical sectors: the equal-weight S&P 500 Index has recently outperformed the cap-weighted benchmark, a bullish sign of widening market breadth and less concentrated leadership. While too early to call a trend, undercurrents like this have typically been present at the beginning of economic upturns. If so, rising tides could soon lift all boats.