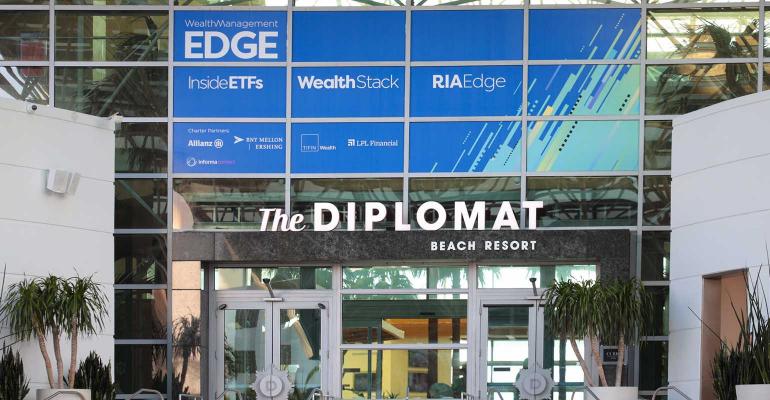 At the recent WealthManagement EDGE conference, the Nobel-winning economist said he’s not convinced the Federal Reserve Chairman can pull off a “Volcker” moment and tame inflation.

Jerome Powell’s confirmation last month for a second term as chairman of the Federal Reserve Bank was “not that reassuring,” Nobel-Prize-winning economist Robert Shiller told an audience of wealth managers last week.

Shiller, the Sterling professor of economics at Yale, and professor of finance and fellow at Yale’s International Center for Finance, gave the EDGE Visionary talk at the WealthManagement EDGE Conference at The Diplomat Beach Resort in Hollywood, Fla.. He discussed Powell, the housing market, and what the CAPE ratio (the cyclically adjusted price-to-earnings ratio) that he created says about the stock market.

Related: Roubini Sees a ‘Hard Landing’ for the Economy

Volcker was the Fed chair who tamed double-digit inflation in the 1980s by raising interest rates and, according to some, plunged the nation into recession during Ronald Reagan’s presidency.

In last month’s hearing, after Powell expressed admiration for Volcker, Sen. Richard Shelby (R-Ala.) asked him if he was prepared to do what it takes to protect price stability, like Volcker? Powell replied yes, a reply which sent a slight chill over the markets.

Shiller said, “I think personalities matter. In narrative economics, stories matter. Volcker came across as sincere, willing to take risks for everyone, and face the bad news.”

Like now, the country was at that time angry and polarized. “Somehow Volcker came off as very influential and decisive,” said Shiller adding Volcker raised interest rates into record territory. Volcker’s tight monetary policy to battle inflation ushered in 1981 what was then called the “Great Recession.” It was the worst economic downturn in the U.S. since the Great Depression, until the Financial Crisis of 2008.

“We have Jerome Powell now,” said Shiller. “I admire the man, but he’s no Paul Volcker.”

He said Powell doesn't have the same willingness to face reality and accept that inflation is “really getting out of hand,” or that the Fed can take some political heat for a while in order to tame it.

“I don’t hear those kind of sounds coming out of Powell,” he said.

Sherman moved onto the stock market, asking what the CAPE ratio that Shiller developed says about the market.

The cyclically adjusted price-to-earnings (CAPE) ratio, also known as the Shiller P/E, is a variation of the classic price-to-earnings (P/E) ratio that attempts to determine if a stock is undervalued or overvalued. A higher CAPE ratio forecasts lower annual returns in the future.

Shiller said that the record for the CAPE ratio was between 44 and 45 at the height of the dot-com bubble. Shiller is the author of “Irrational Exuberance,” the book which named and examined the dot-com bubble of the 1990s. Not many months ago, he said, the ratio was 38. Recently it’s fallen into the low 30s.

“With the Fed embarking on a hiking regime what does this portend for the CAPE ratio, the U.S. equity market, and future-looking returns?” asked Sherman.

Shiller said the perception that interest rates will increase soon is leading to an urgency and fear among the general public that if they don’t take this opportunity to buy a house when rates are low, they will regret it and have FOMO (fear of missing out) for decades.

“This emotional tremor has been driving the market,” said Shiller, creating an “incredible boom” in the housing market. He said there was no historical precedent that economists could use as a model. In the 1920s, the market was extremely low following a global health pandemic.

Sherman asked, “Can you walk us through the way you look at the CAPE ratio and how you can apply it to investing in the cheaper parts of the U.S. equity market today?”

Shiller explained that the general public doesn’t take economics courses and has a poor understanding of what the Federal Reserve does. Yet only a small percentage of the world turns to professionals for advice, he said.

“I believe that people have to be told to use a financial advisor,” said Shiller, “There is a certain kind of common sense that needs to be used in investing. And at this point in history, it’s still done by people who regularly talk with families about their outlook.”