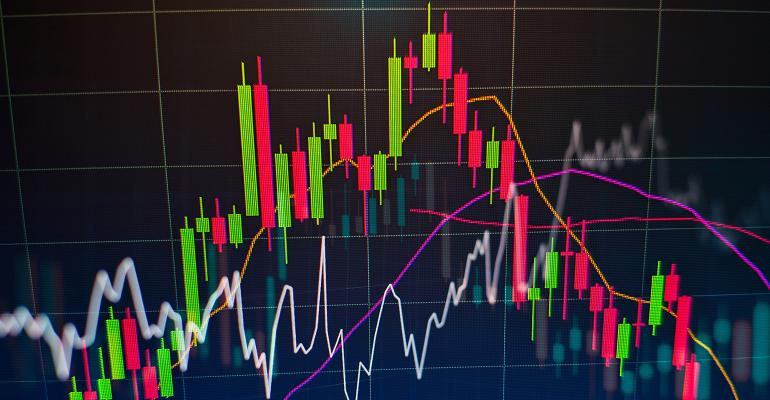 Robinhood Army Is Taking On Quants in $160 Billion Thematic Boom

The investing approach favored by the Robinhood-powered cohort is in stark contrast to those systematic players who tend toward cheap equities and profitable companies.

(Bloomberg) -- New research from quant firm Robeco is lending heft to fears that the day-trader billions flooding the stock market spell trouble for some of Wall Street’s smartest minds.

Robeco’s research, limited to indexes from two issuers, found the frenzy for thematic funds -- from artificial intelligence to space travel -- is bidding up expensive stocks that promise growth in cash flows over the long haul.

The investing approach favored by the Robinhood-powered cohort is in stark contrast to those systematic players who tend toward cheap equities and profitable companies.

“Investors in thematic indices are effectively trading against quant investors,” David Blitz, chief researcher at Robeco, wrote in the paper.

Opposing the retail masses may be no bad thing for quants. The money gushing into growth stocks may leave them so overvalued that the reverse bet -- the value trade -- has a greater capacity to outperform over the long term.

U.S. thematic exchange-traded fund assets have doubled in a year to more than $160 billion, according to data compiled by Bloomberg Intelligence. Robeco cited earlier research suggesting that such funds often arrive at times of heightened media exposure and bullish sentiment, but tend to perform poorly after launch.

“Thematic indices may be primarily targeting retail investors who are attracted to recent performance and appealing stories, instead of more sophisticated professional investors who are familiar with asset pricing theory,” Blitz wrote.

The researcher cautioned against over-generalizing the results of the study, given it was contained to two index providers. Yet a glance at the biggest thematic products shows that the booming sector is dominated by unprofitable growth companies.

The largest U.S. thematic ETF by far is Cathie Wood’s actively managed $21 billion ARK Innovation ETF (ARKK). It’s packed with bets on disruptive tech companies with a patchy profit history at best. The biggest holding is Tesla Inc., which even after a recent slump is trading at more than 100-times its expected earnings for the next 12 months.

Robeco used the thematic indexes of S&P Dow Jones Indices LLC and MSCI Inc., which partners with Wood’s Ark Investment Management for its gauges. The paper dissected the indexes to break down their exposures to so-called factors. Those are the characteristics used by stock quants that look at how expensive shares are or how much they move around.

By applying the asset pricing model of Fama and French, Blitz showed the benchmarks largely had “strong negative exposures towards the profitability and value factors.”

To quants like Blitz, the popularity of thematic strategies is hard to understand since those exposures imply low expected returns in the long run. A chunk of the paper is devoted to rationalizing the interest, with suggested explanations including investors expecting factor premiums to be zero or searching for idiosyncratic returns.

That may amuse those in the Reddit crowd who delight in confounding Wall Street pros, fixating on rocketship emojis over EBITDA projections.

--With assistance from Justina Lee.