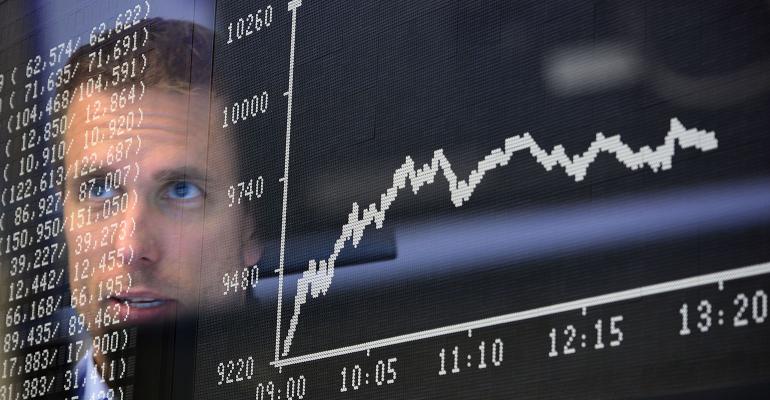 Markets Think Brexit's a Done Deal. It's Not So Simple

(Bloomberg) -- For global markets, the British referendum decision is done and dusted -- investors are selling first and asking questions later. But it's not as binary an outcome as the hedge funds' bets suggest.

Voters will have time to repent their decision to leave the European Union at their leisure. Prime Minister David Cameron, who said on Friday he will step down by October, is leaving it to his successor to start the formal process of leaving the EU and the years of negotiation that will likely bring.

In the meantime, the greater the market turmoil, the greater the chances public opinion will change -- and that Britain could even remain in the EU, or at least try again to renegotiate the terms of its membership.

Friday has already been brutal: the pound has hit a three-decade low, the country's AAA credit rating is at risk, and the country's benchmark FTSE 100 Index fell at one point by the most since the financial crisis of 2008.

There's still the risk funding for banks could still dry up -- just look at how the three-month FRA/OIS spread has widened. Little wonder the Bank of England has already had to reassure the market it will take all steps to assure stability.

That's all within less than 12 hours of the vote. The risk is that over the next three months, investment dries up, banks retrench, companies and consumers cut spending and the government is forced to implement further austerity measures.

That may force Cameron's successor to opt for compromise over chaos, or push European leaders to a less punitive settlement. Deutsche Bank CEO John Cryan said on Friday Brexit's consequences are negative for all sides.

An analysis by Credit Suisse economists earlier this week shows just how many possible ways a Leave vote in the referendum could still fail to bring about a Brexit. A Conservative Party leadership election could trigger a party split, leading to a general election. Cameron's successor could still put the terms of Britain's departure from the EU to a second referendum.

The chances are slim -- but severe dislocation in the markets and economy could increase the chances of Britain staying put. Rabobank strategists reckon disregarding voters' "clear wishes" would be politically unfeasible.

Call it a second clash between will of the market and the will of the people. But in the rematch, the result may be different.