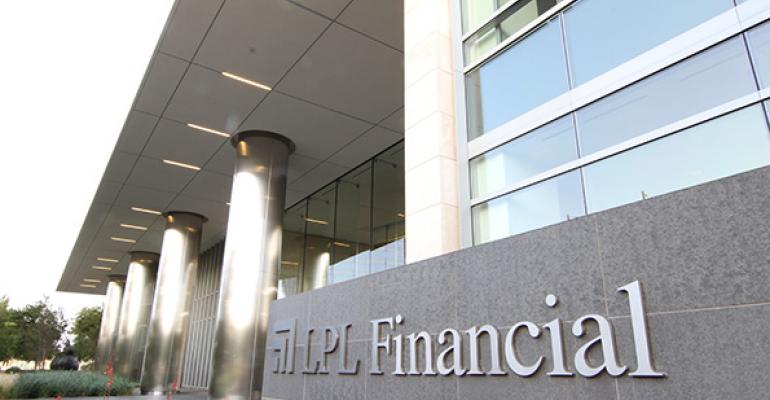 While the Obama Administration contends the rules will help put customers’ interests ahead of advisers, analysts said the changes may benefit companies such as LPL since they aren’t as sweeping as expected. Labor Secretary Thomas Perez scaled back the proposal that was issued last year by making it easier to notify customers of the new obligations, setting a final implementation date of January 2018, and making allowance for firms to recommend their own in-house products.

“The summary of what’s come out so far is a bit more lenient and has more changes than people were anticipating,” said Michael Wong, an analyst at Morningstar Inc. in Chicago, who’s still reviewing the details. “It will probably preserve more of the profits of the wealth management firms than expected.”

Shares of BlackRock Inc., the world’s largest asset manager, were little changed on Wednesday. Firms like it, which provide low-cost index and exchange-traded funds, will benefit, Wong said Tuesday. That’s because the regulation scrutinizes the recommendation of high-fee products.

Big banks including Bank of America Corp., JPMorgan Chase & Co. and Morgan Stanley with wealth management units were also little changed. Such firms are better positioned than some independent brokerages to adapt to the rule because of their resources to re-train advisers and comply with additional paperwork required, Wong has said.

“We are pleased that Secretary Perez and the Department of Labor staff have worked to address many of the practical concerns raised during the comment period,” John Thiel, head of Bank of America’s Merrill Lynch wealth management unit, said in a statement Wednesday. “We support a consistent, higher standard for all professionals who advise the American people on their investments.”