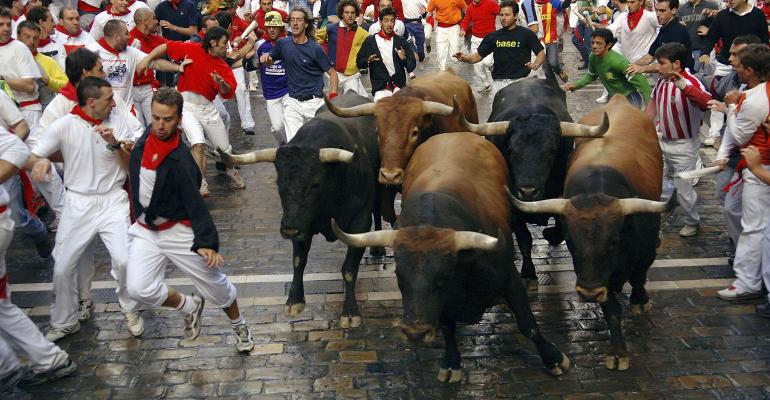 We’re in the most hated secular bull market in Raymond James Chief Investment Strategist Jeff Saut’s lifetime. But, we’re still in a bull market, he says.

Pundits say we’re in the second longest bull market in history and that we’re probably nearing the end of the cycle. Yet, Raymond James Chief Investment Strategist Jeff Saut says their yard sticks are off. It may be the most hated secular bull market in his lifetime, but it still has some runway.

By Saut's measurements, bull markets can last 14 to 15 years, so we still have another six or seven years in this cycle, if you’re considering March of 2009 as the beginning.

Saut still believes we’re in a favorable environment for risk markets. The risks of a recession are low and diminishing. Credit spreads have actually compressed, not widened. Other positives include the fact that the dollar and oil are steadying, and emerging markets have stopped being a big drag.

While growth is low, it is sustainable, and it will likely pick up in the second half of 2017. Moreover, the next few quarters should provide very easy earnings comparisons. All this is creating a sweet spot for stocks, Saut told advisors during the Raymond James Financial Services’ National Conference for Professional Development in Orlando this week.

If you take out the aberrational price-to-earnings multiples of the 1970s and 1980s, due to high interest rates and high inflation, that leaves the average price-to-earnings ratio for the S&P 500 at 23.85, Saut said. There’s still room for PE multiples to expand.

In addition, Thomson Reuters estimates that for every one percent decline in the corporate tax rate — something President Trump has on his agenda — it could generate an additional $1.31 in earnings for the S&P 500.