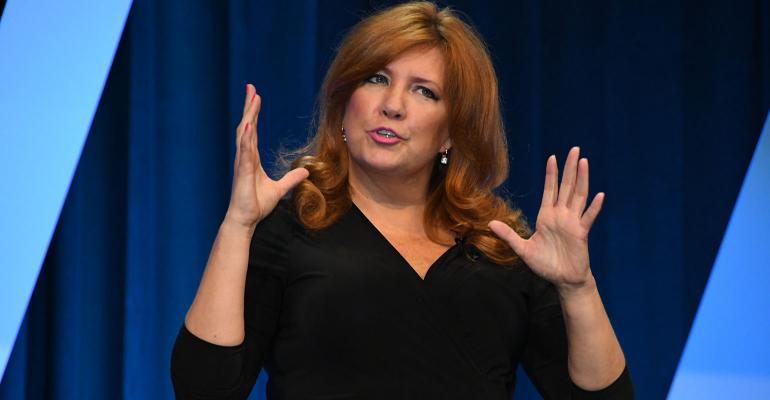 The Best Place to Invest Is the U.S.

Pippa Malmgren, the woman who called Brexit and President Donald Trump’s victory, says the U.S. is the part of the world that will perform the best. Here are her reasons why.

If you’re looking for a place to invest your clients’ money, you don’t have to look far. The U.S. is the part of the world that will perform the best, said Pippa Malmgren, global economic policy analyst and founder of DRPM Group.

“If I had to name the part of the world economy that is the most dynamic today, that is generating the most jobs, the most innovation, it would be the Mexico/Texas/Midwest corridor of the United States,” she said, speaking at Raymond James Financial Services’ National Conference for Professional Development in Orlando on Tuesday. “I think the U.S. is absolutely hitting the ball out of the park, and the U.S. economy is the one place that major international investors are all focused on.”

Malmgren’s predictions may be quite shocking, but some of them have been correct. She predicted that Britain would vote to leave the European Union and that Donald Trump would win the 2016 presidential election.

Why the U.S.? The U.S. is where the most innovation is happening. This country, after all, has the environment and culture to build and create things. And, it's occurring in places you don’t expect.

Related: The Career Path from Branch Professional to Advisor

Austin, Texas, for example, is the new Silicon Valley, Malmgren said. It is the fastest-growing job center in the world for young people. Other technology centers include Raleigh and Durham, N.C.

Another reason she’s bullish on the U.S. is that inflation is back. We’re not entering a new hyper-inflationary period, but we have gone from 1 to 2.5 percent inflation, she said.

“That is unbelievable change in the asset allocations of major institutional investors,” Malmgren added.

China is also experiencing inflation, and wages there are going up to keep pace; that country was a major source of cheap labor. It’s actually 30 percent cheaper to pay wages in Mexico than in China. When the cheapest provider starts to raise prices, it affects us all, she said.

Another bullish sign? Fund managers, in a recent survey, said they’re maxing out their short positions to equities. “Call me a contrarian, but I’m like, ‘Excellent,’” she said.