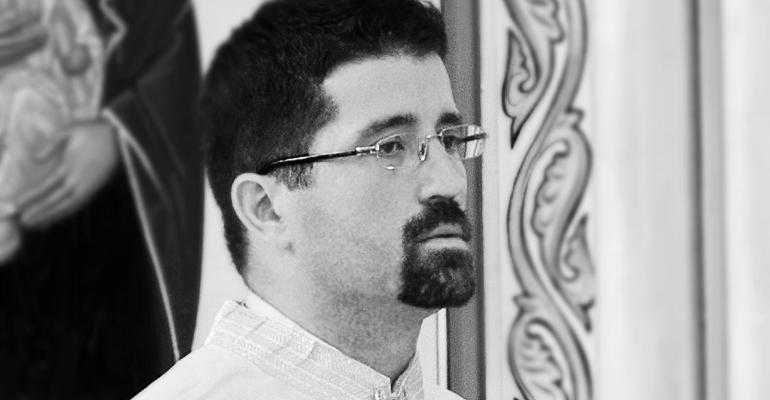 The SEC started its investigation after companies complained that Lemelson&nbsp;had made potentially inaccurate comments about their firms in public forums

(Bloomberg) -- A priest who sidelines as a hedge-fund manager is being investigated by U.S. regulators for possible stock manipulation, prompting scrutiny of trading skills that the cleric has described as a “gift from God,” according to people with knowledge of the matter.

The Securities and Exchange Commission is examining whether the Reverend Emmanuel Lemelson of Massachusetts made false statements about companies he was shorting, said the people who asked not to be named because the probe isn’t public. Securities laws prohibit traders from betting a company’s shares will fall and then trying to drive down the price by publishing information that they know isn’t true.

The SEC started its investigation after companies complained to the regulator that Lemelson, 39, had made potentially inaccurate comments about their firms in public forums, the people said. The opening of an SEC probe is typically a preliminary step and doesn’t mean Lemelson, who hasn’t been accused of wrongdoing, will ever face an enforcement action.

“I’m not aware of any investigation from the SEC into our firm or any trades we made,” Lemelson said in a Thursday phone interview. Ryan White, an SEC spokesman, declined to comment.

While Lemelson’s Amvona Fund is a minnow in the $2.9 trillion hedge fund industry, he gained attention after the Wall Street Journal published a profile of him in October.

The article said Lemelson managed about $20 million, had made millions of dollars for his investors and quoted him as saying, “my whole life I always knew things before they happened. I guess it’s just a gift from God.” The newspaper also reported that Lemelson personally blessed Republican presidential front-runner Donald Trump at a town hall in New Hampshire.

Lemelson was ordained by the Greek Orthodox Church, which allows priests to marry and hold jobs outside their religious duties.

Investors are free to criticize companies and their management, but they can’t spread inaccurate information in order to profit. The SEC sued a short seller in 2008 for telling brokerage firms that Blackstone Group LP was renegotiating its takeover of Alliance Data Systems Corp., a false rumor that sent the company’s shares down by about 17 percent. Without admitting or denying the allegations, the trader settled the case by returning the illicit gains and agreeing to pay a $130,000 fine.

In the Lemelson investigation, the SEC is examining commentaries about companies including Ligand Pharmaceuticals Inc., World Wrestling Entertainment Inc. and Skechers U.S.A. Inc., according to one of the people.

A report published on the financial markets website Seeking Alpha in June 2014 under the pseudonym Amvona said Ligand was in imminent risk of declaring bankruptcy and that demand for one of its drugs, Promacta, was rapidly declining. Within minutes, Ligand shares fell more than 7 percent. Since then, Promacta sales reached an all-time quarterly high and shares of the La Jolla, California-based company have increased 50 percent to $97.22 through yesterday.

The comments in the Seeking Alpha report on Ligand are attributed to Lemelson Capital, the name of Lemelson’s hedge-fund management company. The exact same report was also posted on Lemelson Capital’s website.

Historically, the SEC has had difficulty in bringing “short-and-distort” cases, since the regulator has to prove a misstatement of fact rather than opinion, according to Stephen Crimmins, a former SEC attorney who’s now with the firm Murphy & McGonigle. Wall Street executives famously complained that short-sellers were spreading false rumors about their banks during the 2008 financial crisis, but the allegations didn’t result in SEC enforcement actions.

The SEC has had more success suing “pump-and-dump” fraudsters, where scammers promote stocks with fake information to inflate prices and then sell out.