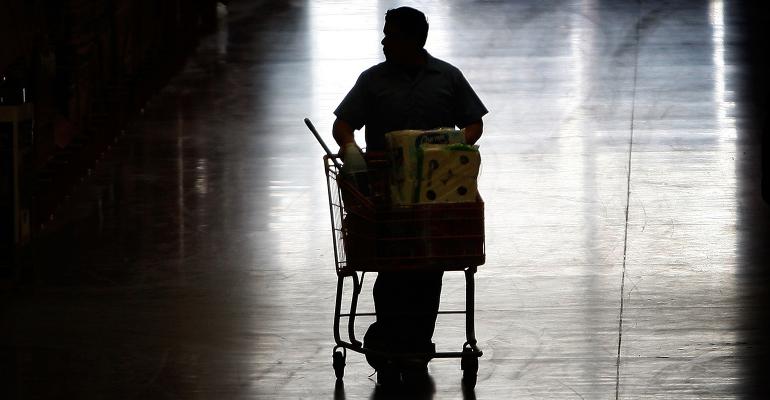 The latest GDP report seems, at first glance, on the right track. Dig deeper, however, and it’s clear corporate America is still not investing for organic growth, the only path to increasing economic productivity.

There is in the world of journalism something called a second-day lead in which you report on a story that’s already happened, or you missed the scoop and try to come up with another angle to stave off embarrassment.  This commentary likely falls into the latter category.

I was following up on some of the details of the Q4 GDP report whose initial release came out at the very end of January and saw some things in it that on the surface were impressive, but whose sub-components revealed a more disturbing if ongoing thematic.  Specifically, that there’s painfully little investment going on. At first glance that might not be too clear from the latest GDP report.  In Q4, Gross Private Domestic Investment contributed 1.67 percent to the 1.9 percent overall GDP gain, its highest annualized rate contribution since Q2 2014 and 4th best quarter since Q4 2013.  Bear in mind the mean from 1991-2000 was 1.28 percent. Could this be a hopeful sign after a merely 0.86 percent contribution since 2010? Are businesses finally investing for growth and productivity?

Well, not so much. When breaking down that broad figure—Gross Private Domestic Investment—we find that 1) the gain comes off an average for the prior four quarters of -0.45 percent, and 2) A full 1 percent, the single biggest contributor to this category, of that 1.67 percent came from a buildup in inventories.  This is not always a good thing if inventory building in a given quarter means less in the following quarter.

I’ll delve down deeper still. Investment in equipment, which is the real mark of businesses investing for organic growth (and not just the sort of “organics” grown in Colorado) rose just 0.18 percent—coming off of four prior negative quarters. Again, I emphasize that investment in equipment (which includes software) is the substance of enhanced productivity. It’s simply not showing up. Overall Nonresidential Investment rose 0.3 percent, also a relatively substantial gain compared to the last few years, but disappointing by historic standards. Intellectual Property was 0.26 percent of that. As the folks at The Liscio Report remind us, while Intellectual Property can enhance productivity it’s often just a form of ‘rent seeking’ behavior. Why is this so important? A lack of investment means a reduced potential for productivity gains. What’s essential to GDP growth is a rising population (in 2016 the U.S. population grew at the slowest pace since the Great Depression) and productivity gains, which should translate to wage gains. We’re not seeing either. For context, ‘trend’ growth was 2.40 percent from 1990-2010 but since 2010 has slipped to 0.74 percent.

What’s disturbing about the lack of business investment is that it suggests that corporates don’t have confidence enough to make this sort of investment. I’ve been talking about how corporate America has had no inhibition about raising capital to facilitate buybacks. That’s fine for shareholder value, but it doesn’t enhance productivity. The latest GDP report shouldn’t improve anyone’s confidence in that matter.