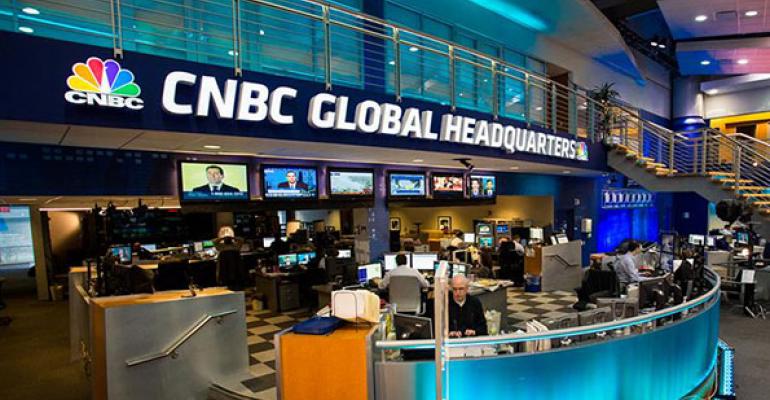 (Bloomberg) --Buy the news and sell the soft data.

That’s the conclusion drawn from a paper by the Federal Reserve Bank of San Francisco, which suggests that financial news holds predictive power when it comes to a slew of economic data. Stories about the U.S. economy can even outperform more traditional measures such as surveys of consumer sentiment when it comes to gauging ‘‘animal spirits’’ and forecasting future activity, it found.

While trust in news sources among the general American population has fallen to historic lows amid accusations of  fake news lobbed during the U.S. presidential elections, the Fed research throws cold water on the notion that the mainstream media is far removed from Main Street, if headline economic indicators are anything to go by.

“Specifically, we have shown that sentiment extracted from newspaper articles correlates with both contemporaneous and future key business cycle indicators,” economists Adam Hale Shapiro and Daniel Wilson of the San Francisco Fed concluded in a report co-written last month with Moritz Sudhof, of data analytics firm Kanjoya. “In a head-to-head comparison, these news sentiment measures perform better than both the University of Michigan and Conference board measures of consumer sentiment.”

The model -- which used computer-driven text analysis to quantify and structure the emotional content of 16 major U.S. newspapers from 1980 into 2015 -- generates signals and compares them to a bevy of economic benchmarks including the federal funds rate, consumption, employment, inflation, industrial production and even the S&P 500 Index.

The data capture material sensitive to a wide range of topics, regions and time horizons and highlight simple correlations. A negative shock to news-sentiment data coincides with a bleaker outlook for real economic activity and vice-versa, for instance.

Shapiro and his team determine this relationship by overlaying economic indicators with four sentiment scores, including a “negativity” machine-leaning model, and a lexical, or “bag of words,” approach, which uses a pre-defined dictionary to signal moods.

Diving into news-sentiment data has been one of Wall Street’s hottest investment ideas in recent years amid the proliferation of big data. Social-media analytics has also garnered more attention over the past year due to the ascent of Donald Trump and his Twitter feed.

Previous research by  Saeed Amen, founder of macro advisory firm Cuemacro Ltd., found a correlation between news flow and the momentum of economic surprise indexes, which have helped fuel a global equity market rally over the past year. That finding lends credence to the view that news sentiment can inform quantitative trading strategies, he concludes.

“The report’s conclusion makes sense, because economic news is, in itself, a reflection of the economic data which is being released,” Amen said in an e-mail. “At the same time, economic news encompasses forward-looking commentary.”