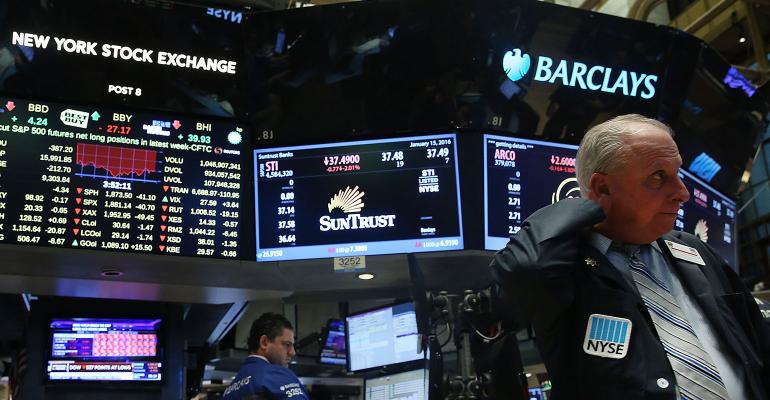 Bats debuts way to execute orders during daily closing auctions, competing with Nasdaq and the NYSE.

(Bloomberg) --As the minutes tick down to 4 p.m. each trading day, a crucial process plays out in the U.S. stock market. Bats Global Markets wants to shake up how it works.

Bats, recently acquired by CBOE Holdings Inc., is debuting a new way to execute orders during the daily closing auctions, according to a statement Monday. The plan is to siphon off trades that would normally be completed at exchanges owned by NYSE Group and Nasdaq Inc., the two primary places that corporations and ETFs can turn to to get listed in the U.S. Bats says its new system will cost traders less.

The end-of-day auctions are increasingly important amid a shift to passive investment strategies. Index funds tend to aggregate clients’ trades and execute them then. This ends up being a good business for NYSE and Nasdaq, because traders tend to execute the orders on the exchange where a given stock is listed. Bats, given that it lists far fewer securities, loses out. It hopes to change that with its new system.

The move came at the behest of brokers and money managers, said Bryan Harkins, head of U.S. markets and global foreign exchange at Bats.

“There’s nothing that has had as much across-the-board support as this,” Harkins said in an interview. “Brokers are largely bearing the brunt of the lack of competition in this area, but the buy side was equally supportive.”

Although U.S. equities can trade on more than 40 venues throughout the day both on and off exchanges, at the end of the trading session they typically return to their home base listing exchange, where an auction calculates the final price. A similar auction process plays out before the market opens.

These all-important auctions can be a sticking point for brokers, who complain that exchanges have monopoly power to charge fees as they see fit at two key moments in the trading day. Bats’s plan would attempt to pry that perceived stranglehold loose, allowing certain kinds of time-centric orders to complete on its BZX exchange at lower cost.

Bats has not announced exactly what its own fees will be for the matching function, which it calls Bats Market Close. The function will only apply to a subset of orders called market-on-close orders, which execute as soon as a closing price is published at the end of the day. Any of these orders that are unmatched by Bats’s new process will be sent to their primary exchange.

NYSE Chief Operating Officer Stacey Cunningham objected to Bats’s argument that the new maneuver would not harm the marketplace’s ability to arrive at the best prices for securities. Investors and listed companies would suffer from more unpredictable end-of-day auctions if Bats’s measure went into effect, Cunningham said.

Auctions are gaining importance as passive investing grows, since closing prices are used to calculate the value of indexes. Only a stock’s home listing exchange can calculate its official open and closing price. Each exchange follows its own special recipe to take in and match up orders. There are four listing exchanges: NYSE lists public companies, while NYSE Arca and Bats focused on ETFs. Nasdaq lists both types of equities.

“The exchange-operated opening and closing auctions or ‘crosses’ are becoming an increasingly important part of the trading day, as passive investing continues to grow and traders look for opportunities to execute larger blocks of stock,” wrote Richard Johnson, vice president of Greenwich Associates’ market structure and technology research division, in a recent report.

The mounting importance of the auction process can be seen in traders’ increased use of strategies that can only play out during auctions. The use of these special strategies has increased from 5 percent of portfolio trading flow in the first quarter of 2015 to 14 percent in the same period one year later, according to the Greenwich Associates report.

Bats isn’t the only exchange making adjustments to lure additional volume. NYSE, owned by Intercontinental Exchange Inc., made a different move earlier this year, allowing Nasdaq-listed stocks to trade on all of its markets and its floor for the first time. At the time, the exchange touted the move as an advantage for institutional investors who wish to trade using brokers on the floor, who have special order types at their disposal for use during auctions.