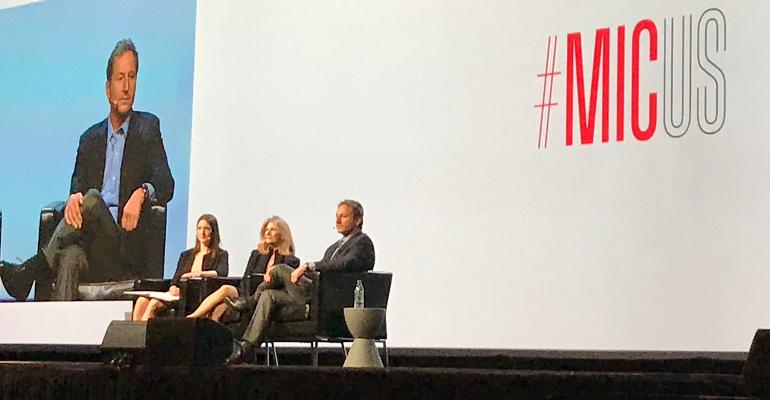 Emerging markets are “a lot less emerging than they used to be” and investors need to adjust their investment filters because of it, said a panel of asset managers at Morningstar’s Investor Conference.

Oakmark Funds’ David Herro, who grew up outside of Milwaukee, told an audience recently at Morningstar’s Investment Conference that he recalled a time that when a “cool” haircut trend made its way from the streets of New York City to his Midwestern neighborhood, you could be sure the trend was fashionable no more.

That no longer happens, he said; trends appear in many places simultaneously, and the distinction between the geographic locations is a lot less relevant. The lesson there was for investors trying to divide the line between emerging and developed markets, he said.

Related: How to Choose an Asset Manager

“Today, everything is instantaneous. This could be good or it could be bad,” Herro said.

The manager of the Oakmark International Fund (OAKIX) since 1992, Herro said he still travels to visit companies around the globe and evaluate them but he has noticed that “the emerging world is a lot less emerging than it use to be.” Investors and managers no longer suffer from limited visibility into markets, and the transparency around the companies in the emerging markets is getting better. In fact, managers are so bombarded with information that where they once looked at every scrap of data they could get, they’ve now developed a new skill in deciding what information is most relevant in a given investment situation.

The traditional way of partitioning global markets is blurring, the panelists said. Herro told conference attendees in Chicago that where a company is domiciled is “overrated.” It’s where a company is actually doing business that is increasingly relevant for investors. All the countries in Europe, for instance, get “painted with the same brush,” but the revenue mix of those companies is far more diverse, as they do business in different parts of the world. So does it make sense to look at investments through a  European equities lens any longer?

Diana Strandberg, a senior vice president and the director of International Equity at Dodge & Cox, added that investing with conviction becomes even more important as the traditional distinctions between “emerging” and “emerged” markets evolves. For example, few would look at Brazil as a place of promise from a macro perspective, but her firm found an undervalued story in a Brazilian bank that stands out.

Globalization is very much alive and market factors are driving more projections and decisions, according to Joe Curtin, the head of global portfolio solutions at Bank of America Merrill Lynch. In terms of global investments, the world is not as finely “sliced and diced” as it once was.

Where does that leave the investors looking to do a deep dive on equity markets around the world? Curtain suggested the “frontier” countries might contain more undiscovered opportunity for the exploratory minded investor.