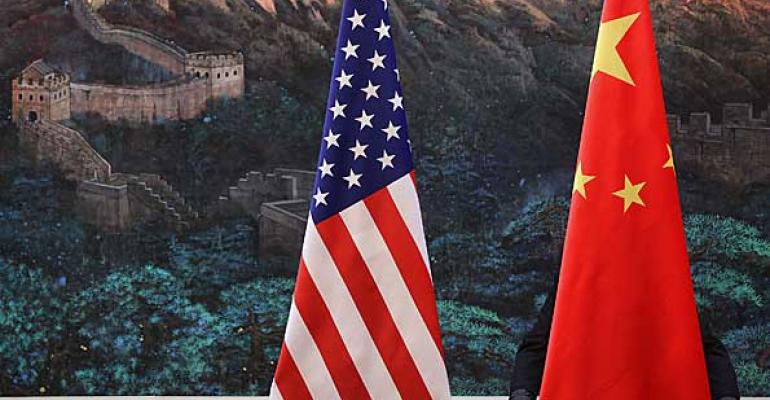 Why invest in China? The answer is growth.

It may seem an odd time to talk up Chinese stocks. The country is locked in a bitter trade war with the United States. It was also the world’s worst performing major market last year.

This is a highly inefficient market. Retail mom and pop investors account for 80% of trading turnover on the country’s stock exchanges—largely closed to overseas investment until recently. They tend to be swayed by the latest news headlines rather than cool-headed analysis of company prospects. It makes for a volatile, sentiment-driven market.

But this creates opportunities for investors to pick up good companies trading below fair value. Sentiment can change quickly. Two drivers that could inspire a rapid turnaround are a US-China trade deal; and China’s inclusion in global indexes.

If the trade conflict drags on, it will hurt corporate profitability. Tariffs dent the earnings of companies that benefit from global supply chains, many of which are listed on U.S. exchanges. We suspect this was a factor behind the S&P500’s slump last December.

It’s in the interests of both sides to resolve this dispute. The catalyst could be another market rout. U.S. President Donald Trump is already risking a backlash from rural Republicans feeling the impact of Chinese duties.

For now, we expect talks to continue. But we’re confident a deal will be struck sooner or later—especially with a U.S. election on the horizon. Any deal would likely be received positively by markets, giving companies greater clarity on their revenue prospects and spending plans.

At the same time, global index provider MSCI is doubling the number of Chinese stocks—or A-shares—in its emerging markets index. Within five years it is estimated they could account for 20%. That would draw in capital from foreign institutions that track the index passively.

That is long-term money, more sticky than today’s sentiment-driven flows. It will expose Chinese company managements to global standards of accountability and best practice.

Improving governance tends to enhance corporate performance and helps to realise value for shareholders. We believe it’s better for investors to get ahead of this curve.

Back to the future

So why invest in China? The answer is growth. Despite frequent bulletins on China’s slowing GDP growth, it is still above 6% a year—far faster than advanced economies.

Consensus 2019 earnings forecasts for A-share companies at the start of this year stood at 15%. Investors will be hard pressed to find many markets offering double digit growth.

With China, perspective is important. China and India used to account for half of global GDP growth, before the industrial revolution swept across the U.S. and Western Europe in the 18th century and reduced both to a statistical irrelevance.

It was only in 1978 that Communist Party reformists led by Deng Xiaoping set in motion a process of industrialisation and urbanisation on an unprecedented scale. China is now the world’s second largest economy in nominal terms.

Within 30 years, China and India are again forecast to account for 50% of global GDP growth. It points to the mother of all mean reversions.

Today 60% of China’s population live in urban areas—and rising. People gravitate towards cities to find better jobs, health and education services. It means they get wealthier, too. In 1960, China’s GDP per capita was $100. Today it is $7,500, and in Shanghai its $20,000.

Some 39% of the population is classified as middle class now—from 2% in 1999. That equates to half a billion consumers. Life expectancy has also more than doubled since 1960 to 76 years.

Rising wealth and living standards mean China is moving rapidly to higher value goods and services. Investors can buy into listed companies in line to benefit from this structural growth. We have found quality stocks in areas such as travel, food and beverages, luxury goods and Chinese medicine.

In addition, China’s exchanges have low correlation to global markets. Chinese policymakers are steering the economy away manufacturing and exports to reliance on domestic consumption and services. The latter make up more than half of China’s GDP growth today.

Domestically focused firms are less tied to global economic and interest-rate cycles. They are also more insulated from the worst effects of the trade war. In this way A-shares can bring valuable diversification benefits to a portfolio.

So investors prepared to look beyond today’s fixation with the trade war and focus on the long-term opportunity will be well placed to ride on China’s future consumption growth.