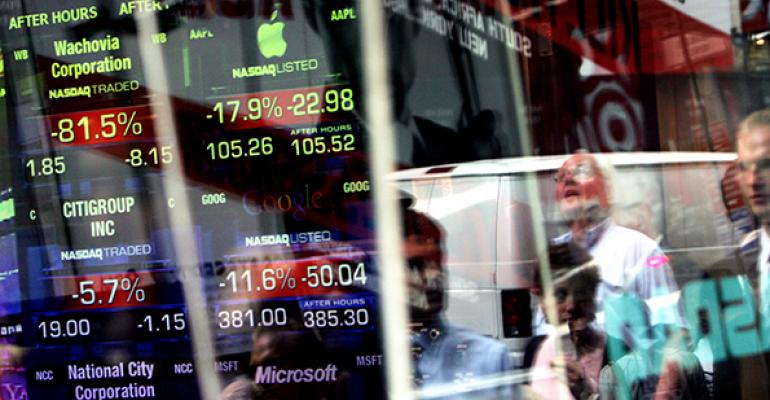 Developing-marked equities are off to their best start since 2012.

(Bloomberg) --The first quarter is ending, and the tally is in: emerging markets are winning hands down.

Developing-market equities have handed investors a 12.4 percent return this year, twice that of developed stocks, for their best start to a year since 2012. A gauge of local-currency emerging-nation bonds is up 7.4 percent, more than three times as much as the Bloomberg Barclays global fixed-income index. The gains have been so strong that short sellers are now piling on bearish bets. In the bull camp: Chris Brightman Research Affiliates LLC, whose prescient advice last year presaged the surge in stocks. For him, there’s cause to be even more bullish: emerging economies are beginning to enjoy a growth rebound, and trading momentum has turned positive.

The chart below shows that the directional movement index, a technical measure of momentum, is back in favor of stocks after a brief blip earlier this month. The green line signals how the trend of gains has diverged away from the red line, representing pressure for declines. He recommend buying emerging-market equities in February 2016, just as the rally got going, when he labeled developing-nation assets the “trade of a decade.” While not as cheap as 14 months ago, the MSCI Emerging Markets Index trades at 12.3 times estimated earnings, compared with 16.6 for the firm’s global mature-market gauge.

The MSCI emerging gauge fell 0.3 percent as of 7:55 a.m. in London on Thursday. The MSCI World index was little changed. Not all are convinced.

John-Paul Smith at Ecstrat Ltd. is shouting for the bears. He’s renowned for providing an early warning call on Russia’s impending equity-market plunge in 1998 while at Morgan Stanley, and his pessimistic outlook since the end of 2010 had proved prudent up until the start of last year. Now he’s facing a stern test.

Short sellers are piling into developing-nation stocks once again. Bearish bets on the iShares MSCI Emerging Markets exchange-traded fund climbed to $3.2 billion on March 28, the highest since April 2014.

“This bullish episode bears some resemblance to the sharp run-ups in both 2007-08 and 2009-10, both of which ended badly in both absolute and relative terms, though those investors who managed to time the top would obviously have made a lot of money,” Smith said. The long-term outlook remains poor for emerging markets, he said. Still, people keep buying as profit forecasts climb and confidence grows that developing nations can withstand higher U.S. interest rates. Deutsche Bank Asset Management is one of the latest firms to jump aboard the bullish crowd, lifting its view in part because it’s positive on earnings growth in emerging markets for the first time in five years.

Stretched valuations on the S&P 500 Index, where optimism for President Donald Trump’s ability to implement fiscal stimulus remains high, is forcing a tilt towards cheaper markets where fundamentals are improving, like emerging markets, according to Ian Wright, a strategist at Goldman Sachs Group Inc. For now, the bulls may be on top, and BlackRock Inc., the world’s biggest money manager, is reveling in the inflows. Never has more money poured into its emerging markets ETF.