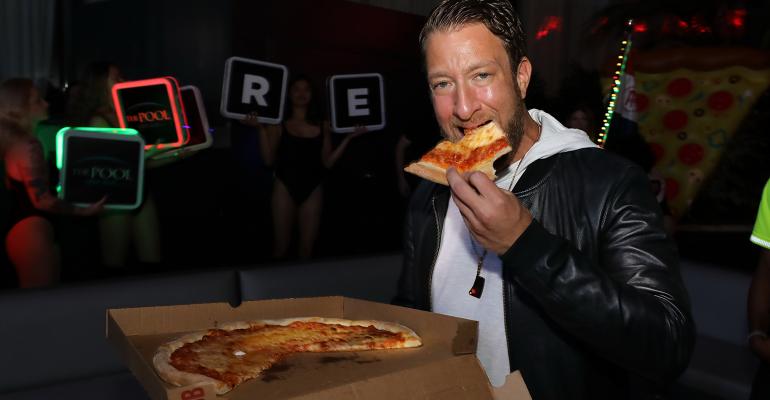 (Bloomberg) -- Barstool Sports’ Dave Portnoy had bought just one stock in his life before the quarantine hit. When the country shut down in March, canceling sports and sports betting, the founder of the brash media empire considered sexist by some dusted off his old E*Trade account and started day trading.

“With the volatility, it is kind of like watching a sports game,” said Portnoy, 43, who started live streaming as “Davey Day Trader Global” to his 1.5 million Twitter followers with the caveat: “I’m not a financial advisor. Don’t trust anything I say about stocks.”

Despite the obligatory warning, Portnoy has touted stocks like InspireMD Inc. and Smith & Wesson Brands Inc., while dissing the acumen of Warren Buffett, the world’s fifth-richest person and widely regarded as one of the greatest investors ever. “I’m sure Warren Buffett is a great guy but when it comes to stocks he’s washed up,” Portnoy tweeted Tuesday. “I’m the captain now.”

Portnoy and his ilk have been part of one of the greatest rallies in history, adopting as a mantra the online slogan of “stocks only go up!” Market watchers are being forced to ask to what degree retail interest has become a self-fulfilling prophecy in many parts of the market -- and what dangers it poses for its sustainability. Thursday’s rout, the deepest in three months, offered a reminder that stocks do, in fact, fall, though equities rebounded in trading Friday.

Read more: The Stocks-Only-Go-Up Strategy Falls Into a $2 Trillion Ditch

Millennials and Gen Zs, the target audience of Barstool content, have long been under-invested in the stock market, said Julian Emanuel, chief equity and derivatives strategist at BTIG LLC.

That’s changing. Stuck at home with plenty of free time, government stimulus checks, no sports to bet on and, for better or worse, a figure like Portnoy turning investing into entertainment, more and more young people are wading in for the first time.

“It’s really been a perfect storm,” said Nate Geraci, president of investment-advisory firm the ETF Store, who views Portnoy as the millennial Jim Cramer, the CNBC personality. “Investors are seeing firsthand the thrill of victory, the agony of defeat, and he’s doing it with large sums of money, so I think for younger investors, that’s really enticing.”

In January, casino company Penn National Gaming announced it had bought a stake in Barstool for $163 million in cash and stock. Portnoy, who estimates his net worth at more than $100 million, said he’s put $5 million into his day-trading account so far.

“I’m a little surprised that it’s become pretty well known within the financial community,” he said. “That’s kind of our target audience regardless of what we’re covering and I think Barstool was popular in those circles to begin with.”

Portnoy, a Massachusetts native with a degree in education from the University of Michigan, founded Barstool in 2003 as a weekly newspaper about gambling with the tagline: “By the common man, for the common man.” It has since grown into a media empire synonymous with male frat culture.

It has also had its fair share of controversies.

In late 2017, ESPN canceled a show hosted by some Barstool personalities following social-media complaints that the website was insulting to women. It has a daily feature with photos of a scantily clad woman called Smokeshow and in the past rated the attractiveness of female teachers who were charged with having sex with their students. The company recently reached a settlement with the National Labor Relations Board to delete tweets in which Portnoy threatened to fire people who talked to union activists.

Portnoy’s livestream Davey Day Trader Global, or DDTG, gets hundreds of thousands of viewers on Twitter alone. In the videos, Portnoy mostly half-yells into a microphone as he goes through his portfolio. Sometimes he diverts into stream-of-consciousness asides.

DDTG isn’t that different from other Barstool blogs and shows like the raunchy podcast Call Her Daddy. The live streams are interspersed on Portnoy’s timeline with videos of his longer-running show Barstool Pizza Reviews.

I’m sure Warren Buffett is a great guy but when it comes to stocks he’s washed up. I’m the captain now. #DDTG pic.twitter.com/WqMR89c7kt

Scott Nazareth, a 29-year-old day trader from Toronto, said he’s a fan of Portnoy’s videos and believes older investors such as Buffett are missing opportunities in technology and airline stocks.

“I kind of make fun of some of these investors,” Nazareth said of Buffett. “They just have a hard time understanding the new normal, the new business models.”

With tens and sometimes hundreds of thousands of people watching, there’s some concern that people will take Portnoy’s advice to heart. But Portnoy said he’s made it clear to his viewers not to invest money they can’t afford to lose.

“I’m not babysitting our readers,” said Portnoy. “People got to be responsible.”

His plugs appear to have had some effect, though. On Wednesday, Portnoy mentioned penny-stock InspireMD, a company that makes products for vascular procedures. The stock had already seen elevated volume since June 2, when the firm announced it would offer an additional 22 million shares. Still, volume surged to an all-time high of 52 million shares after Portnoy’s exhortations.

After tweeting a video questioning Buffett’s decision to get out of airlines -- where Portnoy doubts the wisdom of “94-year-old guys who live in Nebraska” -- volume in JETS, an exchange-traded fund tracking airlines, exploded. The 30-day average volume in the ETF went from $45 million to about $200 million. Portnoy’s video has more than 1 million views.

“I’ve never seen a video quite like that outside of hype videos in football,” said Eric Balchunas, an ETF analyst for Bloomberg Intelligence. “The financial industry is not used to that kind of thing.”

Buffett, who’s actually just 89, didn’t respond to a request for comment through a spokeswoman.

Young people, who use their phones for everything, are comfortable dealing with trading apps, and companies like Robinhood Financial appeal to first-time investors with referral promos and free stocks when they sign up.

“You look at a platform like Robinhood, in many ways those platforms have game-ified investing,” Geraci said.

Purdue University student Cameron Coleman, 20, started investing about a month ago after a friend shared his Robinhood referral link. Coleman had been an avid sports better and said he turned to day trading as an alternative during quarantine. He now tracks stocks on two computer monitors he typically uses for gaming and his initial $50 investment was up to $260 as of Tuesday.

Robinhood added more than three million funded accounts in the first four months of 2020, and half of customers who opened accounts this year said they were first-time investors, according to Nora Chan, a spokeswoman for the Menlo Park, California-based firm. E*Trade Financial Corp. had 329,000 net new accounts in the first three months of the year, with 260,000 added in March alone, the firm said in its first-quarter earnings statement. That was more than the company’s previous best annual net record.

While day trading can be risky and Portnoy might not be the best role model for young investors, Emanuel and Geraci said they think younger investors entering the market is positive for the long-term.

“The danger to the accessibility of it is very clear because you are bringing people in who may not be terribly qualified,” Emanuel said. “You learn more when you’re losing.”

Coleman said he doubts he would have started investing if it weren’t for the pandemic shutdowns. “I probably would have just continued sports betting because I’m better at that,” he said.

Now that he’s begun, Coleman said he plans to continue. “But I’ll switch to a more buy-and-hold strategy.”

(Updates to provide context to characterization of Barstool Sports in first paragraph.)