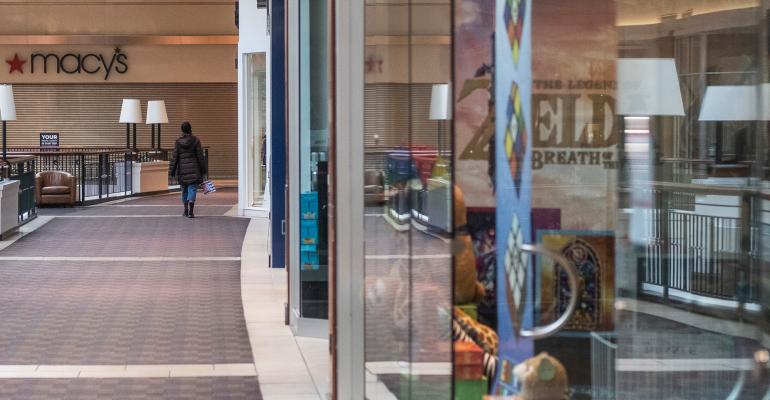 (Bloomberg)—Washington Prime Group Inc., the owner of a nationwide group of shopping malls reeling from the pandemic, approached investors to sound out early interest in providing bankruptcy financing as it prepares to file for Chapter 11, according to people with knowledge of the discussions.

Guggenheim, the company’s investment bank, has asked prospective lenders to indicate their interest in providing a potential $150 million debtor-in-possession loan, according to one of the people, who asked not to be identified discussing confidential talks. The negotiations are ongoing and the terms could change, the people said.

A spokesperson for Washington Prime declined to comment. A representative for Guggenheim didn’t immediately respond to a request for comment.

Washington Prime’s stock sunk as much as 12.3% to $2.72 after Bloomberg reported on the potential financing.

The real estate investment trust, which owns about 100 malls throughout the U.S., acknowledged that it may have to file for court protection from creditors amid “substantial doubt” about its ability to keep operating. Bloomberg News previously reported that Washington Prime was contemplating bankruptcy. A spokesperson for Kirkland & Ellis, the company’s legal adviser, couldn’t immediately comment.

The mall owner’s bankruptcy plans are not yet final and the discussions around the financing could change.

Washington Prime is under forbearance with creditors until March 31 after missing a Feb. 15 interest payment. It remains in talks with creditors around a financial restructuring, according to an earnings statement released Wednesday.

The company held talks last year with a group of creditors represented by Morrison & Foerster on a potential transaction that would have seen $259.26 million of unsecured bonds converted into $175 million of preferred equity in a new subsidiary.

A spokesperson for Morrison & Foerster didn’t immediately respond to a request for comment.