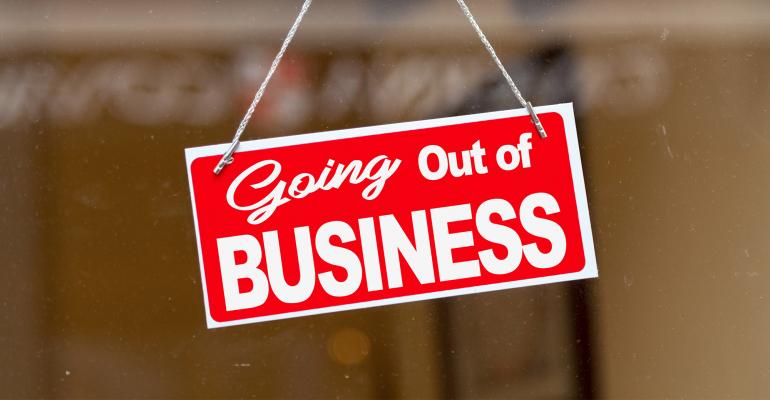 Already this month 15 firms with at least $50 million of liabilities have filed for bankruptcy protection.

Already this month 15 firms with at least $50 million of liabilities have filed for bankruptcy, compared with 16 in all of March 2020, according to data compiled by Bloomberg. That’s more than the average of 12 for the third month of the year over the last decade and on pace to exceed the 21 filings of March 2018, which was the most since 2009.

Last week’s five large filings pushed the year’s haul to 41 through March 21, neck-and-neck with the 2020 pace, according to data compiled by Bloomberg.

Many of this year’s filings are speedy debt-for-equity swaps, in which lenders take over a busted business, said Eric Snyder, chairman of the bankruptcy practice at law firm Wilk Auslander. Government stimulus, freely available debt capital and eviction moratoriums have kept a lid on other types of bankruptcy, he said in an interview.

“Anyone can buy their way out of trouble,” Snyder said. “There’s just no reason to file for bankruptcy” unless lenders force the issue, as is happening in the energy and retail sectors, he said.

Brilliant Energy LLC, an electricity retailer, became the latest corporate victim of the Texas freeze and the first to head straight to a Chapter 7 liquidation. Unlike in the case of Brazos Electric Power Cooperative, Brilliant isn’t stiffing the state grid operator through bankruptcy -- it instead owes some $60 million to a trading unit of DTE Energy Co.​

Elsewhere, the owner of a residential development in the Greenpoint neighborhood of Brooklyn, New York filed for Chapter 11. Dupont Street Developers LLC listed $57.1 million of assets and $58.9 million of liabilities in its petition.

There were 267 distressed bonds from 139 issuers trading as of Monday, according to Trace data. That’s up from the prior week’s 257 bonds from 133 issuers, but far below the 1,896 troubled bonds at the March 23 peak.

Diamond Sports Group LLC had the most distressed debt of issuers that hadn’t filed for bankruptcy as of March 19, Bloomberg data show.

--With assistance from Jenny Sanchez and Anik Chattopadhyay.