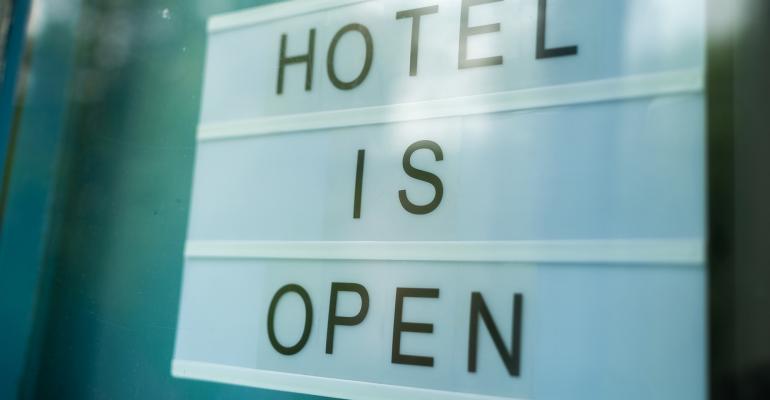 Just 56 large firms have sought bankruptcy protection in the U.S. year-to-date as of May 17. Last week, the number was zero.

(Bloomberg)—To get a sense of just how quickly corporate America has bounced back from the pandemic, consider this: for the first time since January 2020, U.S. bankruptcy courts saw no large Chapter 11 bankruptcy filings last week.

The halt in filings by companies with at least $50 million of liabilities comes as re-openings and vaccinations pick up steam. Bankruptcies and restructuring in the lodging sector and others related to leisure and travel should continue to decline as vaccines roll out globally, Ronen Bojmel, head of restructuring at Guggenheim Securities, said in an interview.

“People are going to want to go out, they will want to spend and travel, and the market will demonstrate significant strength for a period of time,” Bojmel said. But it’s “extremely volatile” and “could change direction pretty quickly.”

Just 56 large firms have sought bankruptcy court protection in the U.S. as of May 17, well below last year’s tally of 87 during the same time. Still, the pace of bankruptcy filings is above the 10-year average of about 52 cases as of that date, data shows.

“There’s no distress in the economy right now -- it’s pretty amazing,” said Chris Ward, a bankruptcy lawyer with Polsinelli PC. “Retail is coming back. Bars and restaurants are opening. There’s definitely optimism in the economy.”

Despite the lack of new filings, last week was busy for companies already in bankruptcy court. Hertz Global Holdings picked Knighthead Capital Management and Certares Management to buy the car renter out of bankruptcy. Brazos Electric Power Cooperative secured a $350 million bankruptcy loan from JPMorgan Chase & Co. Energy company Seadrill Partners also won approval of its plan to slash $2.8 billion of debt, while the National Rifle Association lost its Chapter 11 protection after it was tossed out of bankruptcy court.

Meanwhile, the total amount of traded distressed bonds and loans is less active, falling again to about $79 billion as of May 14, data compiled by Bloomberg show. There were 209 distressed bonds from 120 issuers trading as of Monday, up from 200 and up from 119, respectively, one week earlier, according to Trace data.

Businesses most impacted by the pandemic stand to gain from the slowdown in Covid-19 infections seen in recent weeks. The amount of traded distressed bonds rose 1.3% week-on-week, while distressed loans fell 13.2%.

Despite the lack of troubled issuers on a week-by-week basis, industries including retail, real estate, and hospitality can still offer deals for bargain hunters willing to take on uncertainty, Howard Marks, co-founder of Oaktree Capital Management, said last week during a virtual finance panel hosted by the Committee of 100.

Diamond Sports Group LLC had the most distressed debt of issuers that hadn’t filed for bankruptcy as of May 14, Bloomberg data show. Its parent company, Sinclair Broadcast Group Inc., said in a March filing that it expects Diamond to have enough cash for the next 12 months if the pandemic doesn’t get worse.