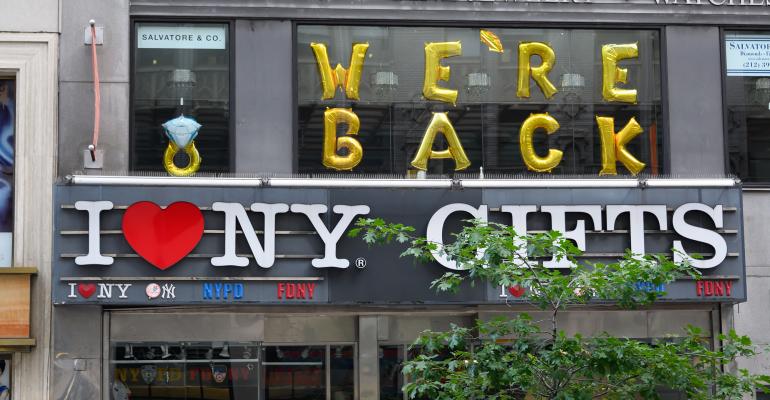 In late March 2020, about $60 billion in distressed bonds and loans were tied to retail companies. The figure now is $1.1 billion.

(Bloomberg)—Distressed debt tied to retail enterprises is putting on something of a vanishing act.

The overall amount of tradeable troubled debt has shrunk from near $1 trillion in March of last year to less than $60 billion as of September 10, data compiled by Bloomberg show. And the portion of that from the retail industry has collapsed at an even faster clip.

In late March 2020, about $60 billion of distressed bonds and loans could be traced to the retail industry, data compiled by Bloomberg show. That pile stands at some $1.1 billion now, representing about a 98% decline.

The retail industry has been in a tailspin for years, with brick-and-mortar sellers decimated by shifting consumer preferences and booming online rivals. The Covid-19 pandemic quickly made matters worse: lockdowns sent dozens of hobbled retailers into Chapter 11 bankruptcy, including the likes of J.C. Penney Co. and Brooks Brothers Group Inc.

Since then, a number of once-troubled retail giants have slashed their debt in bankruptcy, cut their store count or tapped wide-open credit markets to resolve immediate liquidity issues. Plus, massive government spending and a resurgent economy have helped troubled businesses more broadly.

“The pandemic accelerated restructuring plans for the weakest players, while the recovery narrative and, to no small extent, retail traders, facilitated a strong rebound for most survivors,” said Noel Hebert, director of credit research at Bloomberg Intelligence.

So far this year, 95 companies with at least $50 million of liabilities have filed for bankruptcy in the U.S., according to data compiled by Bloomberg. That’s about half the pace seen last year, but still higher than the 10-year average of 93 filings as of September 13.

There were 174 distressed bonds from 97 issuers trading as of Monday, down from 175 bonds and up from 94 issuers about one week earlier, according to Trace data.

Diamond Sports Group LLC had the most distressed debt of issuers that hadn’t filed for bankruptcy as of September 10, data compiled by Bloomberg show. Its parent company, Sinclair Broadcast Group Inc., said in a March filing that it expects Diamond to have enough cash for the next 12 months if the pandemic doesn’t get worse.