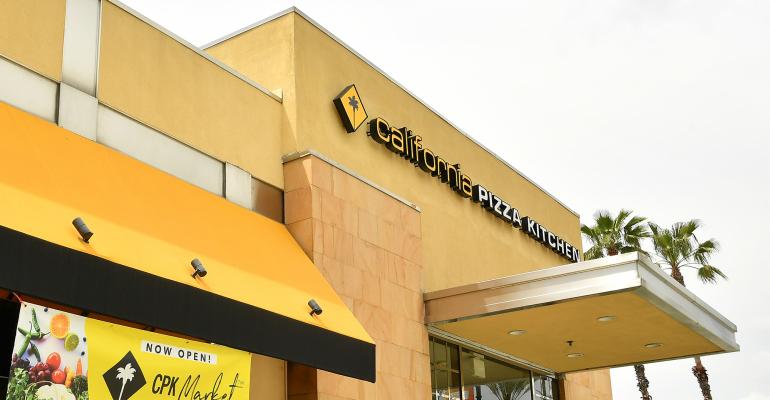 Lenders Get Stuck with Busted Eateries After Bidders Get Scarce

California Pizza Kitchen Inc. had to cancel an auction to sell itself this week after no buyers bid for the company.

(Bloomberg)—Lenders are having a hard time unloading distressed and bankrupt restaurants, and it’s small wonder. After all, who wants to buy an eatery in the middle of a pandemic when you don’t know whether you can be open or how many people you can seat?

California Pizza Kitchen Inc. on Tuesday canceled an auction to sell itself after no buyers bid for the company, making its bankers the likely new owners. Ruby Tuesday Inc. went bankrupt Wednesday and plans to hand itself over to its lenders. With federal stimulus talks shelved and colder weather putting an end to outdoor dining, the industry’s pain may start to get even worse in the coming months.

“It is a difficult time to sell a casual dining brand,” said John Gordon, a longtime restaurant analyst with Pacific Management Consulting Group. Casual dining chains have been slammed this year both by government shutdowns and by consumer worries about catching Covid-19.

Restaurant dining rooms across the U.S. were temporarily shuttered by the pandemic earlier this year. While most have reopened, capacity limits have put a cap on how much revenue they can actually generate.

“This fear factor is material, it has an impact on the casual dining sales potential,” Gordon said in an interview. He added that locations that can’t reach annual sales of $4 million to $5 million won’t have the margins that entice investors.

Exceptions could be made, however, when a buyer is interested in the troubled chain’s real estate, he said.

Casual dining has suffered for the past decade as consumer tastes diverged away from the sit-down experience of chains like Applebee’s and TGI Friday’s. Sales have instead flowed into local restaurants, fast-food chains like McDonald’s Corp., delivery focused companies like Domino’s Pizza Inc. and fast-casual concepts like Chipotle Mexican Grill Inc. and Shake Shack Inc.

“This is now the great reckoning for the casual-dining segment,” said Aaron Allen, chief strategist at restaurant consultancy Aaron Allen & Associates. “Those that are in the distressed asset zone will be going for pennies on the dollar.”

With many diners opting against eating in restaurants since March, casual restaurants have been forced to improvise to hold on to sales. TGI Friday’s, for example, has tried to lure customers with outdoor dining tents, while others are selling meal kits and bulk food.

Uncertainty over the future puts a damper on potential purchases, said Michael Halen, senior restaurant analyst at Bloomberg Intelligence, adding that raising money to buy distressed restaurants is likely tough right now. He said that casual dining traffic has been down in 65 out of the past 66 months, citing data from MillerPulse.

“Now if you make a bid, you may lose all of that money. How long can you survive with limited dining room capacity?” said Halen. “A lot of casual dining chains were struggling headed into the pandemic, and now with all the uncertainty around the virus it makes any bid a risky proposition.”

Some larger casual dining chains, like Darden Restaurants Inc. and Bloomin’ Brands Inc., are weathering the storm thanks to sharp management teams and plentiful capital. But that doesn’t mean they’ll be interested in picking up a struggling portfolio of restaurants right now, said Lyle Margolis, a director at Fitch Ratings who focuses on restaurants.

“At this point, these companies are focused on their own operations and making sure they can succeed with what they have rather than pick up somebody else’s problem and fix it,” said Margolis.