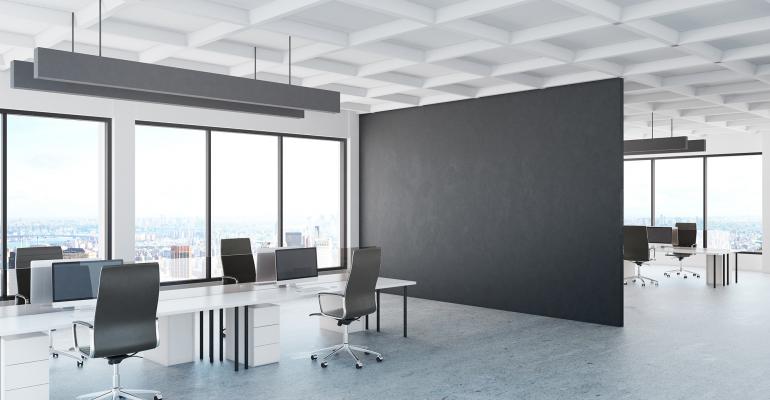 Hedge fund Axonic Capital and startup Metamorphosis Hotel Capital Partners are picking apart commercial mortgage-backed securities as they hunt for bargains, according to people with knowledge of the funds’ strategies. The two have different plans for how to gain possession of the underlying assets, but their end goals are similar: to take control of, fix and flip ailing properties for significant profit.

Grabbing CMBS collateral on the cheap is hardly a new tactic -- firms did it after the global financial crisis. This go around, the thinking is that properties that were financed by banks may continue to receive time from their lenders to meet interest obligations. But buildings with mortgages that were bundled into bonds and sold to investors likely have less flexibility to avoid being sold off should they miss looming payment deadlines. That creates an opening for savvy firms to pounce.

“This is an interesting strategy that’s proven successful in other asset classes,” said Paul Norris, head of securitized-credit investing at asset management firm Conning & Co., which oversees about $198 billion globally. “We expect to see more hedge funds do this,” he said, noting that he’s not pursuing the strategy himself.

But lenders recognized that the pandemic was probably a temporary setback for most properties, and rather than foreclosing en masse, banks and commercial mortgage bond holders gave property owners more time to pay off their obligations.

With American life showing signs of returning to normal, the expectation is that many properties will soon start making payments once again. For Axonic and Metamorphosis, the opportunity lies with those that can’t.

Many struggling borrowers will continue to receive deferrals from banks until their sectors are once again near full strength. But for most commercial mortgage-backed securities, waiting another year for troubled properties to turn the corner isn’t feasible given they have to pay interest to noteholders. There are about 3,100 hotel loans bundled into commercial mortgage bonds, some of which finance multiple properties, according to real estate data firm Trepp. About 14% were delinquent in May.

The special servicers that get called in when the loans backing commercial mortgage bonds struggle will face increasing pressure to liquidate the debt if a property is unlikely to meet its interest obligations soon.

Metamorphosis’s strategy can involve buying the troubled loans at or close to par, often wiping out the equity in the process, similar to a creditor in a conventional bankruptcy, according to a person familiar with the plans.

The private equity-style fund is focusing on hotels it predicts will struggle to catch up on obligations after months of forbearance, the person said. This includes properties with large meeting and conference businesses and those that cater to corporate travelers.

A hotel might have a loan equal to as much as about 60% of the property’s pre-pandemic value, with equity accounting for the other 40%. Metamorphosis might buy that loan at around 100 cents on the dollar, assume control, and fix up the asset before cashing out in roughly five years.

If the property appreciates just 20% beyond its pre-pandemic value, investors could double their money. If the joint venture can do this across its fund, plus add leverage, it could generate compound annual growth rates of around 20%. Metamorphosis’s backers -- including merchant bank Westwood Capital, hedge fund Jerica Capital Management and a U.S. hotel asset-management company -- expect to have as much as $1 billion to deploy in the coming months.

Axonic is looking to something slightly different.

While Metamorphosis is buying loans bundled into CMBS sold over the past decade, Axonic is scooping up pieces of older, pre-2008 commercial mortgage bonds known as CMBS 1.0. The slices it holds are the first to take losses if a property falls behind on interest payments. That “first-loss” position gives Axonic the right, under the terms of the older securities, to sell the properties backing the bonds.

By taking control of and fixing up struggling properties such as hotels, offices and retail space and increasing the tenant occupancy over time, the idea is that the firm can eventually sell the properties and turn a healthy profit. Axonic, which is setting up a $250 million to $350 million closed-end fund, aims to return 8% per year, plus will offer investors 20% of any additional profit beyond that, according to fund documents seen by Bloomberg.

In the aftermath of the global financial crisis, several firms owning CMBS 1.0 stakes made similar plays to wrest control of distressed loans in the transactions, at times leading to lawsuits because of conflicts with more senior bondholders.

Scooping up CMBS 1.0 securities now could prove difficult given their rarity, said Andrew Solomon, co-head of structured products and head of commercial real estate debt at Angelo Gordon. Most have matured or defaulted by now, and the properties that remain in pre-crisis structures are often troubled assets that haven’t been able to find new financing, he said.

Getting hotels and offices at bargain prices via commercial property bonds could also be difficult given the sheer volume of capital chasing distressed deals, he added. There hasn’t been a lot of forced selling yet, and servicers typically want to market a distressed property to the broadest group of potential buyers, preferably via auction.

“On paper, buying properties from CMBS is fantastic, but in reality, it’s a lot tougher,” Solomon said in an interview.

Another obstacle may be that buyers of distressed loans out of CMBS may be on the hook for a type of prepayment penalty known as a yield maintenance premium that is baked into CMBS deal documents, according to Mark Silverman, a partner at the law firm Dykema, which represents several large special servicers.

For Axonic, the impact of Covid-19 on commercial real estate has only just begun, and as tenants reevaluate their need for space, some will reduce their demand permanently, according to an investor presentation.