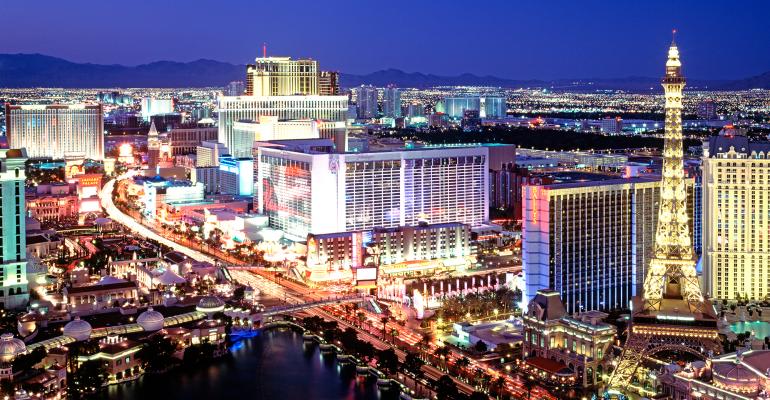 The Oak View Group plans to build an area just south of the Las Vegas Strip, serving as the centerpiece of a new entertainment hub.

The company plans to build an arena just south of the Las Vegas Strip, serving as the centerpiece of a new entertainment hub that includes a casino and hotel. Oak View has acquired 25 acres on a 66.5-acre plot located just a few minutes from Harry Reid International Airport, and will break ground on the development next year.

The area is being designed as a $3 billion entertainment campus, catering to people with enough money to splurge on luxury experiences. Customers will be able to buy one package for a hotel and live event, and their hotel suite key will grant access to a private club at the arena. The hotel will likely accommodate about 2,000 guests, while the 20,000-seat arena will be big enough to be the home for a professional sports team and host concerts for major pop stars.

“We’re going to go after every big event that exists,” Oak View Chief Executive Officer Tim Leiweke said in an interview. “It’s exclusive, it’s high-end and it will be built in a way where it’s the perfect experience for those willing to spend the money to have the greatest experience in live entertainment.”

The company will need a partner to operate the hotel and casino, and has held talks with potential participants, according to a person familiar with the matter. It will also look for partnerships with concert promoters, and has had preliminary conversations with Live Nation Entertainment Inc., said the person, who asked not to be identified because the deals aren’t final. Leiweke declined to discuss specific business partners. Live Nation declined to comment.

Leiweke is positioning the venue to serve as the home for events and professional sports teams that don’t yet come to Vegas. The recent arrival of professional hockey and football teams and the construction of new venues have turned Las Vegas into a premier sports and entertainment destination. Famous musicians used to go to Vegas in the later stages of their career, but some of the biggest pop acts in the world have booked regular residencies in Vegas. The Grammy Awards are set to take place in the city on April 3, while the Super Bowl will be held there in 2024.

The National Basketball Association has said it would consider adding a team in Las Vegas if the league expands, and the owner of the Boston Red Sox and Liverpool F.C., Fenway Sports Group, is interested in a team, according to a  report.  “There is zero guarantee the NBA comes to Vegas; we are well aware of that,” Leiweke said. “But if the NBA does come to Vegas, this building will be an option. It will be built to the highest specifications of the NBA.”

The arena will cater to major musicians and other performing artists, leaning into the relationships of music mogul Irving Azoff, a co-founder of Oak View. Leiweke and Azoff started the company in 2015 to build new venues servicing the growing demand for live entertainment. Oak View operates an 18,100-seat arena in Seattle, also home to the city’s hockey team, as well as a new arena on New York’s Long Island that serves the Islanders hockey team. It’s about to open the Moody Center in Austin, Texas, and has plans for at least a dozen more venues.

Leiweke has dreamed of building an arena in Las Vegas since he was the chief executive officer of Anschutz Entertainment Group. He conceived the plans for T-Mobile Arena, which is now the home of the Vegas Golden Knights hockey team. Las Vegas doesn’t lack for entertainment venues, but Leiweke argued his will be in a class of its own. This new arena will cost as much as $1 billion – more than twice the cost of T-Mobile.

“It’s the biggest bet our company has made to date,” Leiweke said.

The area south of the Strip hasn’t historically been a big draw for free-spending tourists. But people driving to Las Vegas from Southern California will go by the new venue before they get to busier areas. It’s also situated just a few minutes from hangars serving most of the private aircraft coming into the city.  Marc Badain, the former president of the Las Vegas Raiders, will work on the project with Oak View.

To contact the author of this story: Lucas Shaw in Los Angeles at [email protected]