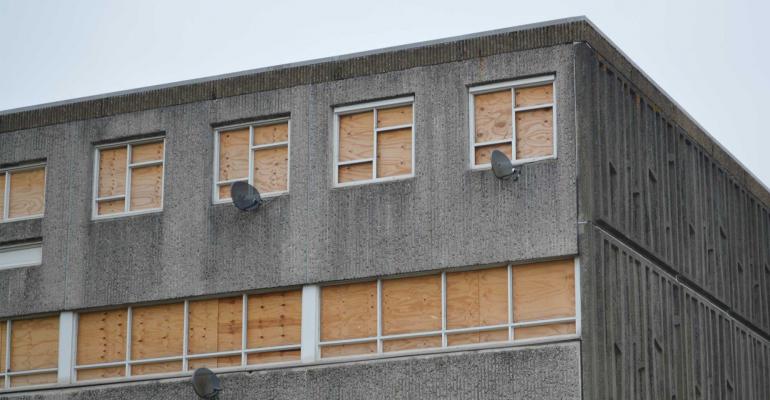 That math will become easier for developers if more distressed properties become available at a steep discount.

It’s too soon for most developers to sign a contract to buy a failed hotel—but apartment developers are watching and waiting for prices to drop to buy other property types damaged by the economic crisis to redevelop into multifamily buildings.

Even before the crisis, apartment developers were eager to buy well-located properties like old office towers and empty malls that they could transform into apartments. The chaos of the pandemic caused most of these developers to pause and wait for new opportunities, such as distressed hotels available at a discount.

“There is just little interest on the part of developers to jump into anything like that at the moment,” says Jim Costello, senior vice president for data firm Real Capital Analytics, based in New York City. “Assets are not being sold at substantial discounts … yet.”

Hotels may be the fastest conversions to apartment

However, at least a few redevelopers have leapt to buy hotel properties—6 percent of hotel assets bought in the second quarter of 2020 were acquired with the intent to redevelop or convert the properties to a new asset class, according to Real Capital. This rate of purchase for redevelopment was twice the average rate seen in a second quarter between 2014 and 2019.

For example, in June the Stanislaus Regional Housing Authority bought the Clarion Inn Conference Center in Modesto, Calif., to redevelop as workforce housing.

“A type of property that could be in play are hotels—there is talk about the ability to convert these to affordable housing or supportive housing fairly readily,” says Deborah VanAmerongen, strategic policy advisor in the affordable housing practice group at the law firm Nixon Peabody, based in New York City.

The simple math behind a conversion requires the income from the renovated property to justify the total cost the redevelopment, including the price to buy the property and the cost of construction.

“Renovation costs vary very substantially from building to building, but costs are typically high, and typically are only feasible in areas that are supply-constrained—think San Francisco—or have federal grant money available to help,” says Tony Lenamon, national practice lead for multi-housing for JLL Valuation Advisory.

Buyers and sellers are also uncertain what the demand will be for real estate once the dust settles from the forced closure of all non-essential businesses during the pandemic and the recession caused by the closure. “Tenant demand is impossible to judge in the middle of this forced error economic environment,” says Costello.

That math will become easier for developers if distressed properties like hotels become available at a steep discount. The hotel business has been savagely hurt by the pandemic. The percentage of rooms occupied across the U.S. has been cut in half, according to data firm STR, recently purchased by CoStar Portfolio Strategies.

Renovating an old hotel to become apartments can cost substantially less than building new apartment. For example, the cost of construction to transform an old hotel into apartments might cost as little as $30 per sq. ft. “The cost of renovation is clearly less than new construction,” says Mike Muldowney, executive vice president for CBRE, working in the firm’s Baltimore office. “You’ve already got a building out of the ground.”

A developer can also convert a hotel building to apartments relatively quickly—nine months would not be impossible, says Muldowney. In contrast, a deeper rehabilitation could take years.

For example, the Embassy Suites hotel in Baltimore has transformed multiple times. The 37-story building began as an apartment tower with some office space and became the boutique Tremont Plaza Hotel in the early 1980s. After the Great Recession, developers began plans to convert many of the rooms to apartments—but then the building sold again and those plans were aborted as demand for hotel rooms revived.

Well-capitalized apartment developers also have their eye on office properties. Office developments have also been hurt by the pandemic—though it is not yet clear how badly.

These deeper rehabilitations can be much more expensive than hotel rehabs—often similar to the cost of building a new apartment building. “The cost to renovate or convert an empty building to apartment usage is consistently close to the cost to build new,” says Lenamon says.

For example, in downtown Baltimore, at 225 N. Calvert St., an old office building became 258 new apartments. But to do it, developer Monument Realty had to peel the exterior walls from the old office tower, which had been used as a data center with no windows.

Older buildings can also bring more costs, such as the cost to remove toxic materials like asbestos or the price of preserving architectural details like historic stonework or terra cotta ornaments.

“There are few deals of this type working now, and none that were caused by COVID-19,” says Lenamon. “The cost of conversion is not usually feasible financially without some government assistance, such as historic tax credits.”

Even with government subsidies, the existing building should be the right shape. If the floorplate of an office building is much more than 100 feet wide for example, then the apartments are likely to be long and dark, stretching from a central, double-loaded hallway more than fifty feet to the windows in the exterior wall.

The pandemic is likely to accelerate the trend, as more malls across the U.S. lose anchor tenants. J.C. Penney, an anchor tenant at many regional malls, is just the latest large retailer threatened with liquidation.

A classic conversion plan might peel to roof off of an old enclosed mall, creating a new, open-air town center, says Muldowney. At either end of the mall, large spaces that had been held by anchor tenants like J.C. Penney department store could be redeveloped into a new apartment building.

For example, AvalonBay Communities opened 332 apartments in 2016 at Avalon Hunt Valley. The apartments were just one piece of the redevelopment of the old enclosed mall at Hunt Valley, Md. The new Hunt Valley Towne Center includes AvalonBay’s apartments, now in one of the spaces occupied by one of the malls old anchor tenants, in addition to shops, restaurants, a Wegman’s grocery story and a Regal Cinemas.