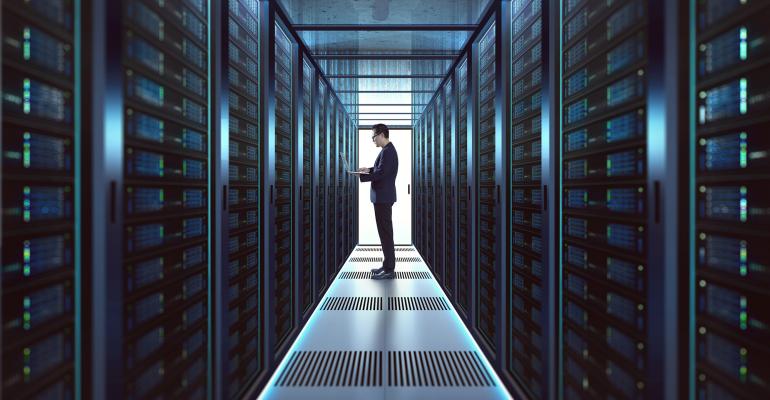 Lots of capital is targeting the data center sector. But there are not enough deals to go around.

Data centers as an asset class have thrived under the COVID-19 pandemic. All those Zoom calls and online transactions generate data that needs to be stored, increasing the need for data center properties.

The problem is that the data center market remains supply-constrained, making it difficult amid fierce competition to close deals.

“A smaller, relatively illiquid sector is suddenly getting a lot of investor interest,” says Jim Costello, senior vice president for Real Capital Analytics, based in New York City. “That combination should drive up prices and inspire new construction.”

Prices are rising quickly for data center properties, pushing typical yields as low as they have ever been for investments in these niche properties, dealmakers say.

“Capitalization rates in core markets are reaching record low levels,” says Carl Beardsley, director with JLL’s Capital Markets group. “This theme has been consistent across credit and non-credit sale transactions due to the increased number of interested investors… specifically in core markets.”

Prices rose the most for key assets in primary markets -- that includes shells leased to the largest tenants and “carrier hotels” with strong connections to online networks, according to Dave Fanning, executive managing director and data center advisory group leader for Cushman & Wakefield, working in the firm's Denver office. Cap rates in these markets for newer properties leased to a single major tenant have fallen to the 5-to-5.5 percent range. “Asset prices in secondary markets have ticked up a bit more slowly,” says Fanning.

However, there are still relatively few transactions, so average prices and cap rates across the U.S. tend to move a lot depending on what kind of data centers are selling and it makes it difficult to generalize what's happening in the market.

“It is such a thin sector that our price data is all over the map,” says Costello. “We see extreme price per unit figures one quarter then pennies by comparison the next based on the locations of what is selling.”

“Even though investors love the story around data centers, the social distancing and lack of travel in 2020 made it difficult to do deals,” says Jim Costello, senior vice president for RCA. “Volume is down for 2020 just as with other property sectors.”

Even in a busier year, however, the total dollars spent on data center properties has been tiny compared to other property types.

This niche market is being swamped with money from new investors, bidding high to buy properties—including institutional investors.

“We have seen the greatest growth in the number of institutional investors and sovereign wealth funds and state funds targeting the sector,” says Kristina Metzger, senior vice president and leader of data center capital markets for CBRE, working in the firm’s San Diego office. Since 2018, the number of institutional investors who signs non-disclosure agreements with CBRE to consider new offerings of data center properties has grown 85 percent, says CBRE’s Metzger.

“For opportunities greater than $200 million, institutional investors have accounted for 40 percent of the overall investor pools,” says Metzger.

Investors are also willing to travel long distances from their home markets to invest in data centers. For example, for one of CBRE’s recent large portfolio offerings, half of the offers came from investors outside of the U.S., including nearly a third (30 percent) from investors in Asia Pacific region and a fifth (20 percent) from Europe, according to Metzger.

In addition, the buyers who have traditionally invested in data centers are still active, including private equity funds (paired with an operating partner), infrastructure funds, and data center REITs,” says JLL’s Beardsley.

“As we partner new investors with proven operators, we expect a greater number of joint ventures and overall new entrants to the sector,” says Metzger.