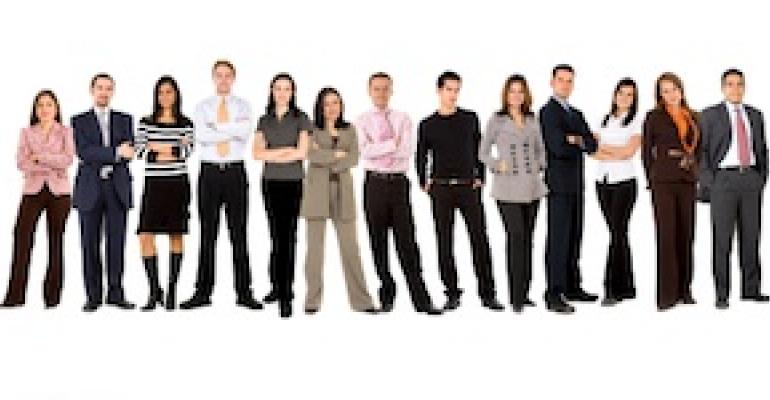 Wealth managers are ignoring potential clients under 50 years old at their own peril, according to a new study by Cisco Internet Business Solutions Group.

As financial service firms focus on baby boomers and retirees, investors in their 20s, 30s and 40s with over $500,000 in investable assets remain underserved, the report states, despite holding 28 per cent of total wealth in the United States and having $2.2 trillion in investable assets. Cisco estimates a revenue opportunity of $18.6 billion for wealth managers, based on a calculation of a return on assets of 83 basis points.

What’s more, 67 per cent of the wealthy under-50 year olds surveyed by Cisco said they expect to receive a substantial gift or inheritance in the next ten years. This market is up for grabs, according to the survey: 27 per cent of wealthy under-50 year olds switched advisors in the past two years and 32 per cent said they will switch advisors in the next year.

“This segment is very different from older investors in their attitudes and behavior,” said Robert Waitman, co-author of the report and director of Cisco’s Financial Services Practice division. “They want much more frequent interaction with their advisors, they are more willing to jump to another advisor if they are not satisfied, and they want more convenience in their interactions with their advisor and other experts via high-quality video, mobile texting, and information sharing tools.”

Younger Clients Want Younger Advisors
“Younger people would rather deal with younger advisors,” said Robert Mulholland, managing director and head of the Wealth Management Advisor Group for UBS Financial Services, in a keynote address to the conference on “The Decade Ahead.” “We need new strategies for the coming transfer of wealth between generations.”

UBS is making an effort to hire younger advisors on wealth management teams who can relate to younger clients and potential clients, Mulholland said in an interview with Registered Rep. after his speech. The firms is also offering more training programs for younger advisors in areas such as gift-giving and wealth transfer, he said.

“We know this is important to be able to attract new clients,” Mulholland said. “We want to be well positioned for the changes that are ahead of us.”

One of the success stories in Morgan Stanley Smith Barney’s efforts to target a younger client base has been the firm’s Next Gen Institute, which brings clients, children of clients and potential clients age 18 to 30 to New York City for a three-day meeting and symposium in the summer, said Melanie Schnoll Begun, managing director at the firm and a panelist on the SIFMA conference’s Wealth Management session.

Topics such as properly using social media, investing and philanthropy are discussed in an atmosphere where affluent young people can feel safe talking about money, Begun explained. “We’re creating relevance for them and rewards for the firm,” she said. “They love coming to New York and learning and collaborating and they can also have fun. It’s a wonderful opportunity for everybody.”

The minimum net worth for an attendee at the conference is $250 million, and the majority of those who attend come from billionaire families, according to Begun. About half of the group is made up of clients of the firm and of the half who are prospective clients, a majority became Morgan Stanley clients within three months, Begun said.

New Technology Key Draw for Under-50 Investors
According to the Cisco survey, wealthy investors under 50 years old are much more likely than older investors to consult other professionals such as accountants or lawyers when making investment decisions. As a result, the report concluded, “they are far more interested in using high-definition video meetings to meet with multiple financial experts at the same time.”

In fact, 63 per cent of wealthy under-50 year olds surveyed said they were interested in high-definition video meetings with multiple experts and would be willing to shift a portion of their assets to a firm which offered the service if their current firm did not. They also expressed much higher degrees of interest in technologies such as webcam conferencing, screen sharing, mobile texting and tablet PC than their Baby Boomer counterparts.

“Wealth management firms need to begin piloting and deploying these technologies to give their clients a better overall experience and to enhance the client’s convenience and access to critical expertise,” Waitman said. “The Under-50s are very comfortable using new ways of interacting to efficiently manage their everyday lives. They naturally expect to use them to efficiently manage their financial lives as well.”