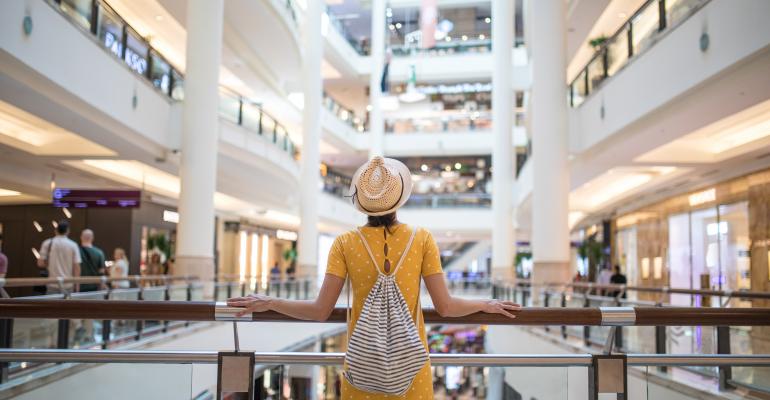 The funds could be forced to unload mall properties at a time when buyers are in short supply. In the U.S.

(Bloomberg) -- Real-estate funds in the U.S. and Europe are struggling to meet a surge in investor requests to get their cash back, a sign of mounting concerns about the viability of retail properties in the e-commerce era.

The latest to come under duress: UBS Group AG’s flagship real estate fund, which has raised about $25 billion and owns malls across the U.S. Investors are waiting to withdraw about $7 billion from the bank’s Trumbull Property Fund after it underperformed for an extended period, according to a person familiar with the matter who asked not to be identified because the details are private.

Similar liquidity issues have popped up in Europe, highlighting the pressure that retail properties have come under as consumers embrace the convenience of online shopping.

As investors increasingly try to get their money back, the funds could be forced to unload mall properties at a time when buyers are in short supply. In the U.S., there have been relatively few sales of individual malls, according to Lindsay Dutch, an analyst at Bloomberg Intelligence.

“If you’re the seller, you have to find someone who believes in the long-term value of those assets and can reinvest in them,” Dutch said.

On Monday, Simon Property Group Inc., the biggest U.S. mall company, agreed to buy Taubman Centers Inc. for $3.6 billion. The price of the deal highlighted the scarcity of buyers for malls, Dutch said.

UBS has offered to cut some fees for investors who stay in its Trumbull fund, the person familiar said. The Swiss bank’s asset-management unit had inflows of about $18 billion last year and oversees assets of $900 billion, including $206 billion in the Americas. Dow Jones reported the redemption requests earlier.

As store closures and bankruptcies pile up for retailers, malls are trying to find ways to draw foot traffic and keep their properties full of rent-paying tenants. The struggles are driving a reassessment of investments tied to malls.

The Nebraska Investment Council, which invests on behalf of state employees and retirees, filed to redeem about $180 million from the Trumbull Property Fund, according to a spokesman.

Illinois’s State Universities Retirement System has been trying to get out of the UBS fund since the end of 2017, according to minutes from a December meeting. It’s gotten back $294 million so far but expects that it may take a few years to recoup the remaining $103 million, because “the exit queue has significantly increased,” according to the minutes.

In December, M&G Plc’s flagship U.K. property fund was frozen after it struggled to sell assets to meet mounting redemption demands, with potential buyers being scared off by political uncertainty and plunging mall and store values.

“Large investors basically invested in these funds because they were conservative,” said Michael Hirschfeld, a retail broker at Jones Lang LaSalle, adding that now the general attitude is “OK, let’s reduce exposure to retail.”