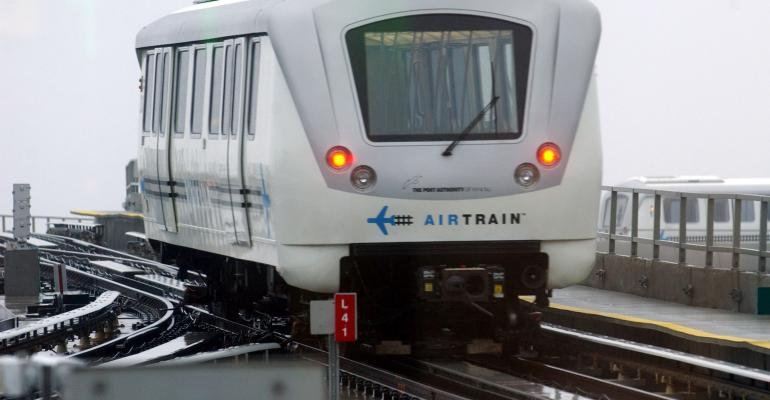 Elected officials and community leaders gathered at City Hall on Monday in protest.

Elected officials and community leaders gathered at City Hall on Monday in protest, saying the plan is being rammed through without the local land-use review usually required in projects of this significance.

City Councilman Ydanis Rodriguez, chairman of the Transportation Committee, vowed to hold public hearings on the plan, which some transit advocates say is wasteful and ill-considered.

“Oversight, oversight, oversight,” Rodriguez said, in denouncing the governor and the Port Authority of New York and New Jersey in going ahead with the project, approved by the state legislature in 2018 with a provision that allowed it to bypass traditional local review. Councilman Fernando Cabrera, who leads the government operations committee, said the government owes it to residents to conduct a cost-benefit analysis of this plan and any alternatives.

The same complaints arose last year when Amazon wanted to build a second headquarters in Queens, with the governor and Mayor Bill de Blasio agreeing to a plan that would circumvent local land use review. Amazon wound up pulling out of the deal as opposition built in the City Council and state Senate.

“All affected residents, businesses, community boards, the Queens borough president, City Council and the mayor must be engaged,” Cabrera said.

U.S. Representative Alexandria Ocasio-Cortez, a Democrat representing parts of Queens and the Bronx who wasn’t at Monday’s protest, has questioned why four alternatives, including express bus service, were eliminated from consideration. Ocasio-Cortez’s vocal opposition to the Amazon project helped lead to its demise.

“This decision will have a lasting impact on thousands of people in our community,” she said in an emailed statement. “The community must receive answers to their fundamental questions and it’s imperative that we understand why further investment and improvement of other transit options have been ruled out.”

The Cuomo plan as approved would start at Penn Station or Grand Central Terminal and connect to either the Long Island Rail Road or the east-west Number 7 subway line. It would end at Willets Point, where passengers could take a six-minute shuttle to the airport, operating every four minutes.

The plan followed decades of wishful thinking for a “train-to-the-plane” service with LaGuardia, which most travelers now access on traffic-choked roads through for-hire vehicles, buses or private cars.

The plan is flawed, said Ben Kabak, a transit advocate, because the subway ride along the 7 Line is one of the city’s longest, actually taking passengers several miles south and east of the airport to Willets Point. Kabak said it would be less expensive and more practical to extend the existing N line, would be much shorter and more direct.

Port Authority spokesman Benjamin Branham said Kabak’s plan was unrealistic because it would cause more disruption, requiring the shutdown of an Amtrak railroad trestle for as long as three years. It would also force construction of rail or subway stations that would cause unacceptable disruptions to Astoria, a densely populated Queens neighborhood, he said.

Frank Taylor, president of the Ditmars Boulevard Neighborhood Association, an area north of Queens near the airport, said residents fear the project “will destroy our neighborhood’s quality of life.”