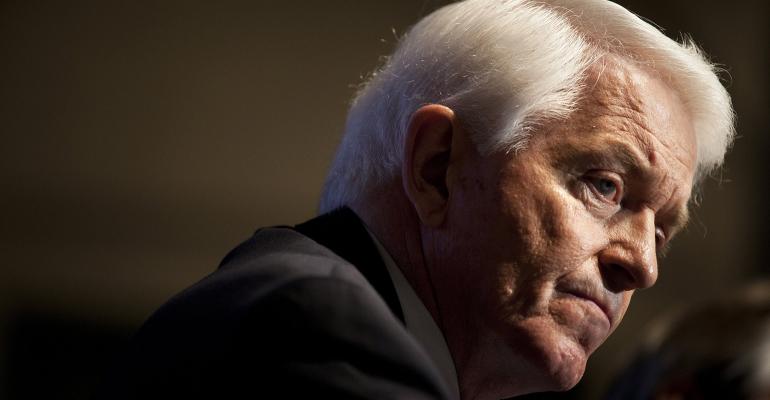 Ritholtz: U.S. Chamber of Commerce Goes for the Extreme

Opposing the fiduciary standard may be pro-Wall Street, but it&#39;s anti-small business.

(Bloomberg View) -- In 1912, the U.S. Chamber of Commerce was created at the behest of President William Howard Taft as a business counterweight to the growing labor movement.

To say it was a success is an understatement. While organized labor has languished, the Chamber has become the single largest lobbying organization in the country. According to Open Secrets, a site that tracks political lobbying and spending, during the past 18 years the Chamber has spent three times more than any other organization on behalf of industry ($1.2 billion versus $351 million by the No. 2 lobbying group, the National Association of Realtors).

This is of great interest in the context of the Chamber's opposition to the new fiduciary rules for retirement accounts, requiring brokers to put savers' interests ahead of their own. Opposing the fiduciary standard may be pro-Wall Street, but it's anti-small business.

So I decided to do a bit of digging to find out where the Chamber’s advocacy pits it against broader business interests. What I found was that the Chamber is at odds with the interests of some, if not most, of its membership in three other areas: climate change, minimum wages and tobacco.

First, let's take a deeper look at the fiduciary rule: On one side is the financial industry, which manages about $14 trillion in various retirement plans. The president’s Council of Economic Advisers estimated that more than 10 percent of the advice given is conflicted in some way. That bad advice causes a performance lag of about 1 percent, costing investors an estimated $17 billion a year. This is money that otherwise would go into retirement-saving accounts. Wall Street, of course, isn't happy about the change and the vehemence of the opposition to the new rules make me suspect the losses for investors -- and the profits for the financial industry -- are much bigger.

On the other side are the millions of small businesses that have potential liability as 401(k)-plan sponsors. The natural outcome of this change is that once the new rules take effect, businesses will be in a position to shift that liability to the fiduciary advisers. This is something they should welcome -- especially since 96 percent of the Chamber's member businesses have fewer than 100 employees. These are precisely the companies that will benefit from the change.

All of which makes the Chamber’s opposition -- based on arguments that have already been debunked -- so surprising. The new fiduciary rule doesn't harm business; it's a benefit. The Chamber had said it may sue over the fiduciary adviser rules, although for the time being it's taking a wait-and-see approach.

Examination of other positions leads to the conclusion that the Chamber isn't so much an advocate for industry as much as it is a conservative think tank.

On climate change, consider that 94 percent of Chamber campaign contributions went to candidates who were climate-change deniers.

Not surprisingly, this has provoked a considerable backlash. In 2009, Apple, the world's largest company by market value, left the Chamber over its position on climate change. Yahoo left for the same reason in 2011. Athletic apparel powerhouse Nike resigned from the Chamber’s board, though it remained a member in order to press the organization to alter its positions. More recently, Nike joined with 100 other companies to support President Barack Obama's proposed regulations on carbon emissions.

And it's not just businesses, but local Chamber of Commerce chapters -- at least 60 have left since 2009 because of the Chamber's "extreme positions." (Only 249 of the 7,000 local chambers are members of the national organization.)

Ignoring those companies opposed to the Chamber's stand on climate change is easy. Why? Money, of course. A third of the Chamber's revenue comes from just 19 companies, many of them in the energy industry.

The case of pharmacy giant CVS Health is also instructive. In 2014, it became the first big drug-store chain to remove cigarettes and other tobacco products from its stores -- the reasoning being that it's in a business related to health care. The following year, after reports that the Chamber was working around the world to fight antismoking measures, CVS decided to drop its membership.

Another schism between the Chamber and most of its membership is over the minimum wage. The Washington Post reported that leaked documents from Republican pollster Frank Luntz showed that 80 percent of business owners supported raising the pay floor:

LuntzGlobal managing director David Merritt told state chamber executives in a webinar describing the results…that it squares with other polling they’ve done. "And this is universal. If you’re fighting against a minimum wage increase, you’re fighting an uphill battle, because most Americans, even most Republicans, are okay with raising the minimum wage."

The Chamber is opposed to a higher minimum wage.

Some of the dissatisfaction with the Chamber is reflected in the growth of alternative business lobbying groups. Groups such as the American Sustainable Business Council, the Main Street Alliance and the Small Business Majority have blossomed. A number of larger corporations (including Bloomberg LP, parent of Bloomberg News), have joined Ceres, which is committed to creating "a thriving, sustainable global economy" -- a charge that puts it at odds with the U.S. Chamber on a number of issues.

The Chamber’s priorities are aligned with the small number of companies that are its largest contributors. Maybe that's only natural. In any case, it no longer seems like the organization serves the interests of business at large.