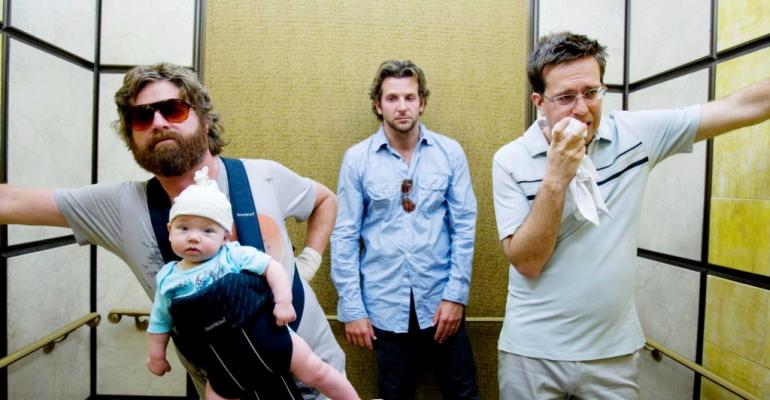 Last November my wife and I were blessed with the birth of Liam, our second child and first son. My wife, who had diligently prepared for all aspects of the baby’s arrival, had been encouraging me to prepare my overnight “go bag” in the case of an early arrival. As I am wont, I put this final preparation off until the last minute, only preparing a very few basic necessities and wrapping them unceremoniously in a Wal-Mart bag rather than the leather duffel I use for most business travel.

Our son arrived without adverse incident (easy for me to say!) and as we hunkered down for those difficult, sleepless first nights in the hospital, I realized that my preparations had been inadequate. I had forgotten my contacts entirely, brought an outdated pair of prescription glasses and only enough clothing for one day following the delivery. Needless to say, the discomfort of those late nights in the hospital was only made worse by my lack of foresight. Not only was I sleepy, as is to be expected; I was also smelly, unshaven and outfitted in yesterday’s rumpled t-shirt. Luckily, the miracle of new life minimized my failure to prepare, but the (seemingly millions) of pictures will always tell the tale of just how unprepared I truly was.

So how is that I, an otherwise functional person who had been through this experience once before, was caught so off guard. The psychological term for what I had experienced is the “planning fallacy” and it is the reason that we are often a day late and a dollar short. In a phrase, the planning fallacy is the human tendency to underestimate the time and resources necessary to complete a task. In my case, the damage was limited to a few unfortunate pictures, but when applied to a lifetime of financial decision-making, the results can be catastrophic.

There are a variety of hypotheses as to why we engage in this sort of misjudgment about what it will take to get the job done. Some chalk it up to wishful thinking. To use my example, I was hoping to be in the hospital just two nights instead of the five we spent when my daughter was born. By packing a small bag I was willing this dream into existence. A second supposition is that we are overly optimistic judges of our own performance. Extending this line of thought, I might understand that most couples are in the hospital for three nights but most couples are not as fit, intelligent and strong-willed as the two of us (to say nothing of our exceptional progeny!). A final notion implicates “focalism” or a tendency to estimate the time required to complete the project, but failing to account for interruptions on the periphery. Sure, it may just take a few hours to have the baby, but there is recovery, eating, entertaining visitors, and the requisite oohing and ahing over the new arrival.

Whatever the foundational reasons, and it is likely there are many, it is clear enough that the American investing public has a serious case of failure to adequately plan. Excluding their primary home value, most Americans have less than $25,000 in retirement savings. 43% of Americans are just 90 days away from poverty and 48% of those with workplace retirement savings plans fail to contribute. Perhaps we think we are special. Maybe we are simply too focused on the day-to-day realities that can so easily hijack our attention. Without a doubt, we may wish that the need to save large sums of money for a future date would just resolve itself. But wishing it won’t make it so any more than wishing for my son’s hasty arrival did. I got off no worse than a few bad pictures and some unsightly hair; those who fail to plan to save for their financial future won’t be nearly as lucky.