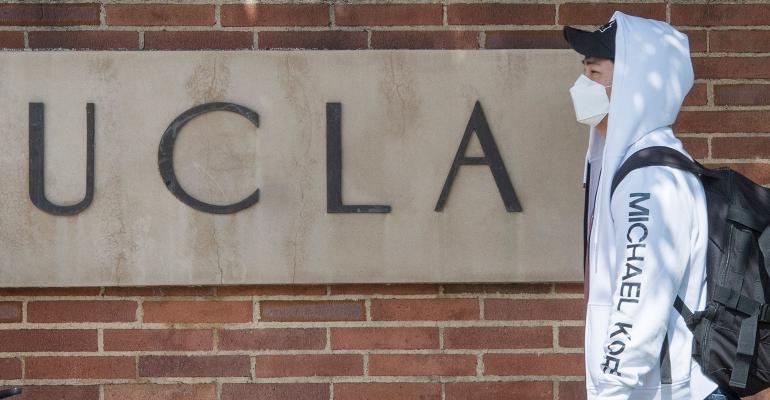 How the Pandemic Altered the Higher-Ed Landscape

The college landscape looks different than a year ago, with test-optional policies, a deluge of applications at the elite schools and an improved outlook.

Like so much of the world, colleges experienced significant and, in some ways, unexpected changes during the pandemic.

Here are some of the key things that happened during the COVID-19 scourge to alter the college landscape for families with college-bound children:

Related: The Impact of COVID-19 on 2021 College Admissions

The pandemic forced the vast majority of public and private colleges and universities to embrace test-optional policies for college admissions, as ACT and SAT testing opportunities plummeted.

When schools like Harvard, UCLA and Stanford announced that they would temporarily halt the test requirement, it prompted teenagers, who never thought they had a chance at these prestigious schools, to apply. What students didn’t realize is that many other teenagers were thinking the same thing, which led to significant increases in rejections at the most popular schools.

What many families also failed to think about is whether the absence of test scores would hurt admission chances at these impregnable institutions. With some students (presumably those with top scores) submitting their results, the question arose whether those applicants would be favored. Evidence from the first elite schools to report early-decision acceptances suggests that submitting test scores was still powerful. For instance, three out of four applicants that the University of Pennsylvania accepted via the early-decision route submitted scores. At Georgetown, the percentage was 93%.

Test-Optional Policies Are Likely to Stay

It’s likely that most schools will remain test optional for students who start college in the fall of 2022. In a February report commissioned by ACT Inc., ACT concluded that most private and public schools that temporarily suspended the testing requirement will remain test optional. Of course, if most elite schools favor test submitters, the anxiety over these tests will remain. Another issue to consider is whether schools will favor test submitters for all or some institutional merit scholarships. Families should ask schools this question.

You can identify colleges that have announced their testing policies for next year at FairTest.org, a nonprofit that advocates against standardized testing.

The pandemic solidified even further the collegiate haves and have-nots. Certainly, the test-optional move was one reason why the most popular schools were deluged with applications. For instance, applications to Massachusetts Institute of Technology jumped roughly 66%, Harvard’s rose 43%, and Colgate University’s soared by 102%.

Popular state universities, and in particular, public flagships, experienced application bumps too. The University of California system, for example, received an extra 250,000 applications.

Less prestigious private and state universities, however, did not experience more love from teenagers. For instance, the 23 campuses of the California State University system pushed back their application deadlines in hopes of getting more submissions. Applications were down 17% at campuses located in smaller communities without doctoral programs within the State University of New York system.

The Common Application, which students use to apply to hundreds of schools, announced that while applications to large, selective private and state universities increased, less selective, smaller private colleges and smaller state schools saw declines.

This reality, however, provides families with an opportunity to extract better financial aid and merit aid packages from schools that need to attract more students.

Most schools across the country are not meeting their freshman enrollment goals, and many of them are more than willing to entertain appeals on original packages. In addition, many schools will accept applications even when their deadlines have long since passed, so there are plenty of chances for do-overs.

Schools Are Not Closing at a Higher Rate

When the gravity of the pandemic sunk in, there were some prominent higher-ed observers who predicted that dozens, if not hundreds, of colleges would fold. Naysayers have been predicting large numbers of closures for decades, and it hasn’t happened yet. Luckily, this was not what happened in 2020 nor thus far in 2021. Few schools have folded, and those that have closed or announced closing had low visibility and alarmingly low student bodies.

There was great fear that funding for public universities was going to take a huge hit as the pandemic created hardships for state governments. A new annual report of public higher education funding determined that nearly $2 billion in emergency federal aid resulted in state funding for public education for fiscal 2021 remaining roughly the same as the previous fiscal year. And that welcome news doesn’t include collegiate money in the federal stimulus package that Congress passed in December nor the help from the $1.9 trillion relief package in March.

It does pay for your clients to check the financial viability of colleges. A quick way to do that is to use the Hechinger Report’s Financial Fitness Tracker.