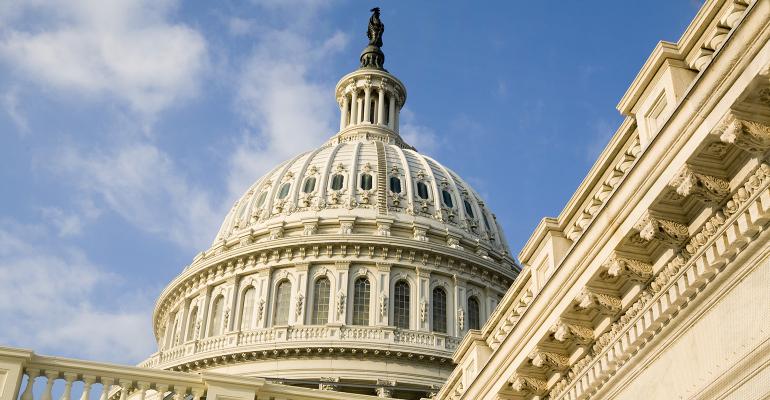 (Bloomberg) -- It’s back to school for university endowments and U.S. lawmakers.

A Sept. 13 hearing of a House Ways and Means subcommittee is set to look at how colleges, through their tax-exempt endowments, are trying to reduce tuition. The hearing in Washington, which will feature testimony from policy experts and college representatives, comes as many endowments are expected to post investment declines for fiscal 2016.

While school funds have enjoyed double-digit growth for years, sustained low investment returns are becoming more evident now that results are being reported for the year through June 30. Endowments have come under scrutiny, especially at the richest schools, as the cost of college has risen faster than inflation for decades.

“This is another step that the committee is taking to understand what colleges are doing to address soaring college costs through their endowments and nonprofit-tax status,” said Lauren Aronson, a spokeswoman for the House Ways and Means Committee.

Among the expected panelists is Jeff Amburgey, vice president for finance at Berea College, said Tim Jordan, a school spokesman. The private school in Kentucky’s mission is to serve low-income students, and about three-quarters of its operating budget comes from investment returns from its $1.1 billion endowment.

“We are certainly serving the public good with our endowment,” Jordan said.

The oversight subcommittee’s hearing is separate from its joint inquiry with the Senate Finance Committee, which in February asked the wealthiest 56 private schools questions ranging from endowment spending and fees paid to investment managers to naming rights for donors.

U.S. law doesn’t call for endowments to spend 5 percent annually like foundations. Some schools have said they plan to spend less from their funds, given the expected negative returns this year.

The two congressional committees oversee tax policy. Colleges don’t pay taxes on investments earned by their endowments and donors also receive tax deductions. Colleges defended their spending on financial aid in their responses, explaining that schools can’t spend their endowments like a bank account because of gift agreements.

Members of the House oversight subcommittee “are deeply concerned that college tuition is spiraling out of control, making higher education out of reach for American families, even when most colleges and universities enjoy significant tax benefits,” Peter Roskam, the Illinois Republican who chairs the subcommittee, said in a statement.

Parents welcome the scrutiny. Leslie Detwiler is among some 175 parents who signed a petition in the spring on Change.org protesting Duke University’s spiraling cost to attend. Detwiler, who lives in the San Diego area, questions why schools with large endowments and favorable tax status don’t do more to help middle-income families that don’t qualify for aid. Duke costs $70,000 annually for tuition, room and board and other expenses.

“It’s overwhelming to me the amount of money the schools have obtained and is available for them, and I think there could be very positive actions done with it to help those who are in the middle class,” said Detwiler, 54, whose daughter is a sophomore.

Tom Reed, a Republican from upstate New York and member of the House subcommittee, has said he plans to introduce a bill that would help middle-income families with tuition, with funding coming from endowments. Reed’s staff continues to work on the bill, said Brandy Brown, a spokeswoman.

The joint committees are reviewing the inquiry responses submitted in April. The committees on Thursday asked more than a dozen schools for additional information, with a deadline set for this fall, said Aaron Fobes, a spokesman for the Senate Finance Committee.