/sites/all/themes/penton_subtheme_wealthmanagement/images/logos/footer.png
Recent
Recent
Goldman Staff Outpace Credit Suisse in Return to Office
May 24, 2022
Seven Must Reads for the CRE Industry Today (May 24, 2022)
May 23, 2022
Investment Activity in the Skilled Nursing Sector is Ramping Back Up
May 23, 2022
NASAA Approves Model Rule Targeting Unpaid Arbitration Awards
May 23, 2022
Featured
The 10 Best and 10 Worst States in Which to Retire in 2021
Jul 15, 2021
Poll: 15 Classic Books on Investing and the Markets
Apr 03, 2020
Fifteen Must-Listen Business Podcasts for Advisors
Aug 14, 2020
Celebrity Estates: Jay Leno and Planning for Classic Car Collections
Feb 22, 2022
Coronavirus
brought to you by 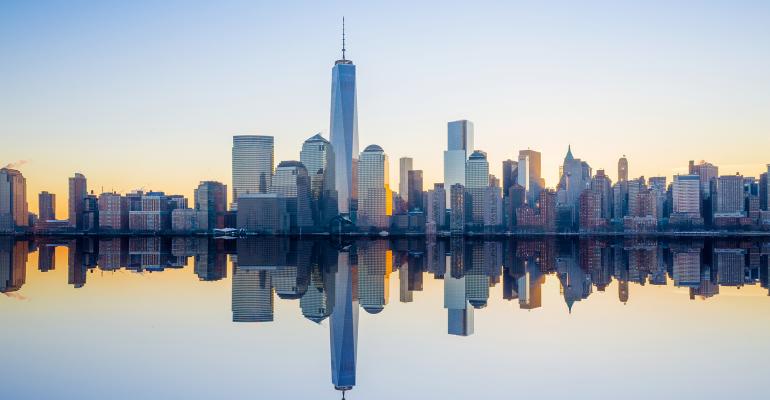 Brookfield, Starwood, Colony Capital and Blackstone have been among the investors skipping payments on CMBS debt.

(Bloomberg)—Some of the largest real estate investors are walking away from debt on bad property deals, even as they raise billions of dollars for new opportunities borne of the pandemic.

The willingness of Brookfield Property Partners LP, Starwood Capital Group, Colony Capital Inc. and Blackstone Group Inc. to skip payments on commercial mortgage-backed securities backed by hotels and malls illustrates how the economic fallout from the coronavirus has devalued some real estate while also creating new targets for these cash-loaded investors.

“Just because a prior investment didn’t work out doesn’t necessarily mean that should tarnish the reputation for future endeavors,” said Alan Todd, head of U.S. CMBS research for Bank of America Securities. “It’s not like something was done in bad faith.”

While cutting losers to buy winners is an age-old investment proposition, the Covid-19 pandemic may create even more openings than the past crises that became bonanzas for real estate investors. The mass exodus of Americans from public spaces has hammered already-weak retailers and their landlords, crippled business travel, crushed restaurants unable to fill all of their tables, and sown chaos for office towers whose tenants may never need as much space again.

Hotels and malls have been the biggest CMBS losers during the pandemic. Lodging and retail debt turned over to so-called special servicers -- workout specialists -- is at the highest level since 2010, according to industry tracker Trepp.

Missing payments on CMBS debt is relatively painless, because it’s typically non-recourse, meaning borrowers can hand over the keys to a property and lenders won’t be able to come after other assets. Property owners are more likely to walk away when their equity has been wiped out by lower values.

Starwood founder Barry Sternlicht and Colony Chairman Tom Barrack got their starts thanks to the 1980s savings and loan crisis, while Blackstone President Jon Gray traded stakes in hotels, offices and single-family homes to generate big returns through the financial crisis.

Now these firms are raising money for their next round of bets, even as they skip debt payments on old obligations.

At least 11 Brookfield malls with more than $2 billion in CMBS debt are delinquent or seeking payment relief because of Covid-19. The company has already repurchased some of its former debt at reduced prices.

“The lenders are willing to sell us their loans or the mortgages back at a discount,” Brookfield Property Chief Executive Officer Brian Kingston said during an Aug. 6 earnings call. “And so in that case we’ve been able to essentially reacquire the asset at an attractive basis.”

Brookfield Asset Management Inc., the parent of the property firm, raised $23 billion from investors in the most recent quarter, including $12 billion in new commitments for a distressed fund. Brookfield spokeswoman Kerrie McHugh declined to comment.

Colony has stopped making payments on many of its hotel bonds since the pandemic hit, while focusing on its long-planned “digital” real estate strategy -- buying properties like cell towers, data centers and network infrastructure.

It began raising at least $6 billion for a second digital fund shortly before announcing plans in May to evaluate “strategic and financial alternatives” for 245 lodging properties with $3.5 billion in debt. Wells Fargo & Co., trustee of Colony’s Tharaldson hotel portfolio, sued in June in federal court to appoint a receiver to manage those hotels after Colony defaulted on the debt. The portfolio, with $842.7 million in loans, was reappraised in June at $836.7 million, down 36% from $1.3 billion in January 2018.

Blackstone, which ended its second quarter with $46 billion to invest in real estate deals, is delinquent on a $274 million mortgage for four Club Quarters Hotels. Blackstone is considering walking away from those properties, because it would cost too much to make them competitive, Bloomberg reported in June.

Starwood is said to be raising $11 billion for a new opportunistic investment fund while also falling behind on payments for 17 of its 30 retail properties with almost $2 billion in CMBS debt. Management of three Starwood malls was assigned to a court-appointed receiver in April after it missed payments.

Debt on a four-mall portfolio was downgraded to junk following an appraisal that cut the property value 66% and wiped out Starwood’s equity.

“We remain committed to ensuring the best outcome possible for our investors in what has proven to be a very challenging asset class,” Starwood said in an emailed statement. “The level of uncertainty regarding tenant performance, anchor stability, capital markets and now the impact of the pandemic remains unprecedented and our strategy for these assets is evolving.”