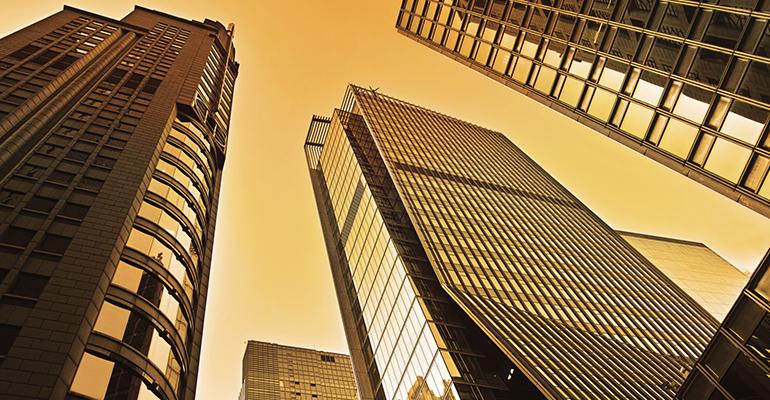 The continued liquidity for the riskiest tranche of CMBS loan pools is good news for borrowers.

New CMBS risk-retention rules that went into effect late last year have not put a damper on B-piece buying. That continued liquidity for the riskiest tranche of CMBS loan pools is good news for borrowers as it helps maintain steady issuance across the broader CMBS market.

However, it is not completely business as usual. Risk retention rules have had a big impact on the B-piece segment of the market, with more restrictions that have resulted in a highly concentrated group of key players.

Private equity firm KKR announced earlier this month that it had closed ona new $1.1 billion fund that focuses primarily on investing in newly-issued CMBS B-pieces. In fact, it was the new risk retention rules that prompted KKR to launch the KKR Real Estate Credit Opportunity Partners fund and take a bigger step into the B-piece space.

“We started thinking about the rules and how it might impact the market,” says Matt Salem, director and co-head of real estate credit at KKR. KKR recognized that there would be an opportunity to relieve banks of the risk retention burden if they could deliver on providing more capital and “more patient” money.

Typically, the B-piece is the bottom or most junior debt in a conduit deal. The sponsor or majority-owned affiliate of the sponsor must retain a 5 percent slice of a horizontal (bottom) piece, a vertical (top down) piece or a mix of both. However, the CMBS industry successfully negotiated a request in the new regulations that allows a third-party purchaser (TPP) to satisfy the obligation of the sponsor to retain the 5 percent B-piece in a CMBS issuance.

The 5 percent required retention mandated by Dodd-Frank is a bigger slice than what B-piece investment represented in the past. Effectively, more money would be needed to buy and retain the B-piece layer of CMBS issuance on individual transactions. In addition, the new risk retention rules require those investments to be held for the duration of the term.

“Before risk retention, you could buy an unrated piece, the most bottom piece, and trade it the next day if you wanted to,” says Jodi Schwimmer, a partner at law firm Reed Smith LLP in New York City.

Although risk retention rules do allow trades after five years, effectively what B-piece buyers have done is raise 10-year money because the restrictions on trading even after five years make trading at that time very difficult, she says.

The expectation was that the new rules would create some consolidation in the industry, and that is what has happened. For example, some of the prior players in the B-piece sector included hedge funds that were more actively buying and trading out of B-piece investments. Those hedge funds have exited due to the longer-term hold requirements. “We felt that the market would consolidate around those who were most successful at raising long-dated capital, and I think that has proven out throughout the course of this year,” says Salem.

Industry data shows that there were eight to 10 investors who bought B-piece investments during the first half of the year. So the number of players hasn’t changed all that much. However, what has changed is that market share is more heavily concentrated among the top few players, notes Salem. For example, KKR and Rialto have bought about half of all B-piece issuance this year. Other active players include Silverpeak Argentic and Mass Mutual.

The fact that KKR successfully raised $1.1 billion can be read as a sign of healthy investor demand for this type of investment structure. Certainly, part of that attraction is that B-piece CMBS investments have been delivering levered returns in the high teens, notes Schwimmer. Yet there is also some constrained supply with CMBS issuance that seems to have hit a plateau with annual issuance at about $80 billion. “There is a constraint of these quality loans going into these conduit deals and the amount of conduit transactions that are on the market,” says Schwimmer. “So these B-piece investments are truly limited to what these big banks are issuing.”

“The market is a little bit constrained, but there is still plenty of volume for a viable investing strategy,” says Salem. As of the end of August, the KKR fund had closed on seven transactions representing a face amount of $517 million and approximately $225 million of invested equity, in aggregate. The fund has since committed to buying the B-piece on two additional issuances.

In addition, there are barriers for new B-piece investors to enter the market. Investors need to be able to secure capital and have the resources in place to underwrite the large pools of loans. There is a strong incentive for B-piece buyers with levered returns in the high teens. However, the risk of loss is also high. “A lot of these shops who buy these B-pieces have also related special servicers who know how to work out these loans and can avoid or lessen losses at the bottom,” says Schwimmer.