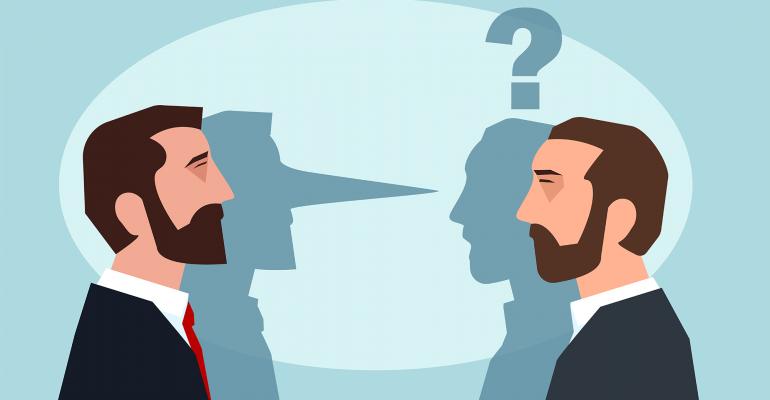 Does the CMBS Sector Have a Fraud Problem?

John Flynn will be the first to admit that it has been tough to get people to listen to his concerns about a potentially “pervasive” problem of lenders that had inflated net operating incomes on CMBS loan originations in order to make bigger loans.

Flynn, a veteran of the CMBS industry, analyzed hundreds of loans that prompted him to file a whistleblower complaint with the SEC in early 2019. Although some industry participants remain skeptical of his claims, the recent COVID-19-fueled spike in CMBS loan delinquencies could bring new attention to how troubled loans were underwritten. In addition, a new study from two researchers at the University of Texas at Austin-Department of Finance seems to echo similar concerns.

Having worked as an analyst at Fitch Ratings just prior to the Great Financial Crisis, Flynn saw firsthand some of the “crazy” underwriting occurring at that time. In fact, seeing borrowers getting steamrolled into bad loans led him to his current role working as an independent advocate and consultant for distressed commercial real estate borrowers. Knowing what occurred in the last cycle, he was keeping an eye out for any potential wrongdoing in this cycle.

According to Flynn, he noticed discrepancies that let him to do a broader analysis with results that showed widespread inflation of NOI in loans originated since 2014.

Flynn said he was advised by legal counsel to not comment on specifics of the complaint or its current status. However, the implication of his allegations are significant for a sector that is facing a growing volume of troubled loans. According to Trepp, overall CMBS delinquencies averaged 9.6 percent in July, while delinquencies on loans backed by hotels and retail were significantly higher at 23.8 percent and 16.1 percent respectively. If his allegations of inflated NOIs are true, it would effectively reduce debt service coverage ratios and increase loan-to-values–both of which could further exacerbate levels of distressed loans amid current market turbulence.

The University of Texas at Austin report also outlines some weaknesses in the market. John M. Griffin and Alex Priest, the co-authors of the study, looked at $650 billion of commercial mortgages originated between 2013 and 2019.

It remains to be seen whether Flynn’s claims of misrepresentation will bear out. However, even raising the possibility of fraudulent behavior could spark some legal action for those investors who do find themselves saddled with bad loans. Did the loans go bad because of an economic crisis, or were investors in any way misled by bad information?

Some industry participants remain skeptical, however.

“In the 20-plus years I’ve been an expert witness in CMBS, I can think of very few instances where there is some kind of fraud in the accounting numbers. It is very infrequent,” says Brian Olasov, executive director, financial services consulting at Carlton Fields and an adjunct professor, Real Estate Capital Markets at the NYU Schack Institute of Real Estate. The reason that incidents of fraud are rare is because of all the checks built into the CMBS underwriting process, including the myriad of different players involved with eyes on CMBS loans that are doing their own independent analysis, including appraisers, ratings agencies and securities underwriters.

B-piece buyers, because of the risk they are taking on, go in with a discerning eye and pore over the accuracy and the durability of net operating income backing up every loan in a CMBS pool, says Olasov. The rating agencies also dig deep into loan analysis, although they typically focus on the top 10 to 20 loans in a CMBS pool to capture a majority of the volume rather than analyzing every loan. “All of those participants have their own way of looking at, validating and confirming performance information as fed by the borrower,” he says.

NREI reached out to several rating agencies and commercial real estate lending associations that did not respond to requests for comment.

One only has to look at past history with the residential mortgage-backed securities (RMBS) market crash in 2008 to see that widespread fraud, even if not coordinated, can happen. The RMBS market was caught up in the sub-prime mortgage crisis that unleashed waves of litigation as investors sought to recoup their losses from big banks and insurers.

“You would like to think that people learn from past mistakes, but there are many cases of history repeating itself. Maybe it won’t here, but I wouldn’t put it beyond the realm of possibility,” says Steven Berezney, a partner at leading securities litigation firm Korein Tillery. The firm represented the National Credit Union Administration (NCUA) against several large investment banks in its efforts to recover billions of dollars in losses suffered by failed credit unions resulting from the collapse of the RMBS market. To date, the firm has recovered about $4.4 billion, and the firm is watching to see if similar litigation might be in the cards for CMBS stakeholders.

Often, a booming economy can mask underlying problems with commercial loans, and those problems can get exposed when the economy tanks, notes Berezney.

“To be clear, I am not saying we have a widespread situation where loans should not have been issued in the first place,” he says. “I am saying that, to the extent Mr. Flynn is right and if people start kicking the tires and doing a deeper dive, those things usually come to light when the economy falters.”

Loss in value of investments could prompt legal action on behalf of investors. The question then is whether the loss is a result of misrepresentation or something else. Just because an investor loses money, doesn’t mean something illegal happened, says Berezney. From a legal perspective, what has to be proven is whether there was a material misrepresentation made in the CMBS securities offering documents. Not that there wouldn’t be repercussions for lenders, but the law places the burden on securities underwriters to tell investors the truth.

“When you lose money, you always want to do the postmortem and figure out why,” says Berezney. Was it my fault? Was it the results of the pandemic, or was there something nefarious going on? Investors who suffer losses are definitely going to ask those questions, he says. “So, I wouldn’t be surprised that if things continue to go poorly, that other investors will do the same type of analyses as Mr. Flynn is doing,” he adds.