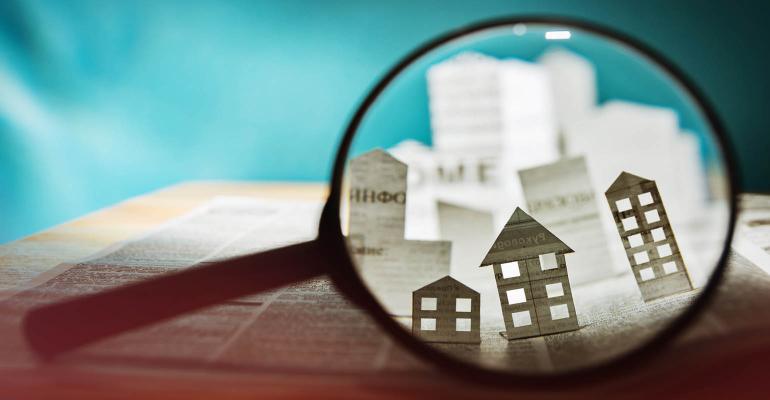 CMBS Issuance Trends Slightly Lower This Year Than in 2018

This year might see slightly lower CMBS issuance than in 2018, but insiders say the market is “pleasantly drama free.”

CMBS issuance volume might end this year slightly lower than in 2018, according to industry sources.

At the end of September, U.S. CMBS issuance volume stood a $56.1 billion, according to Commercial Mortgage Alert, an industry newsletter. That figure is slightly behind the 2018 pace of $58.2 billion in CMBS issuance at the same period last year. By the end of the year, the figure will like reach around $75 billion, which would be behind last year’s $76.9 billion, according to Manus Clancy, senior managing director and the leader of applied data, research and pricing departments at data firm Trepp.

Single asset/single borrower (SASB) volume is currently down by over 10 percent compared to 2018, due to a slow third quarter this year, according to Joe DeRoy, senior vice president and CMBS program manager at KeyBank Real Estate Capital. In total, non-agency U.S. CMBS volume is down slightly from this same point last year.

“It’s a competitive market. You’re competing against mortgage companies, you’re competing against banks. So, it’s no more or less competitive than it normally is, it’s never a situation where CMBS has smooth sailing, so I would say it’s comparable to what it’s been for the last two years,” says Clancy. On the other hand, lower interest rates are causing loss of interest “from insurance company money,” which, in turn, “helps CMBS,” he adds.

There are also macroeconomic issues happening that can affect the CMBS market through the rest of the year, including the trade war and global economic instability, according to Kevin Fagan, vice president and senior analyst in the CMBS group at Moody’s Investor Service.

“Lending in retail is still not easy from the borrower’s perspective. Lenders really do not want to lend on retail for CMBS unless it’s really iron-clad in terms of who the borrower is, the quality of the mall, they want class-A malls, they don’t want class-B or class-C, they want newer malls, not older ones, they want the number one mall in the market, not number two or three. If a mall has a Sears or a JC Penney, that’s a red flag,” says Clancy.

A potential headwind for office properties in the CMBS market is having WeWork as a tenant. WeWork has been a big lessee of properties backed by CMBS loans, though property owners are beginning to look “askance at [WeWork’s] presence as a tenant,” according to Clancy. He notes “it’s harder to get financing or sales done when WeWork is a big tenant at a property. But, these headwinds are not coming as a surprise to the industry, he adds.

“The [CMBS] market has kind of just soldiered on this year. It’s not a lot of drama, it’s not a lot of volatility. The areas of weakness are the ones people know,” says Clancy. “There is some concern about softness in the student housing market, there’s concern of course about WeWork exposure. But by and large, the market soldiers on and has been a pleasantly drama-free year for the industry.”