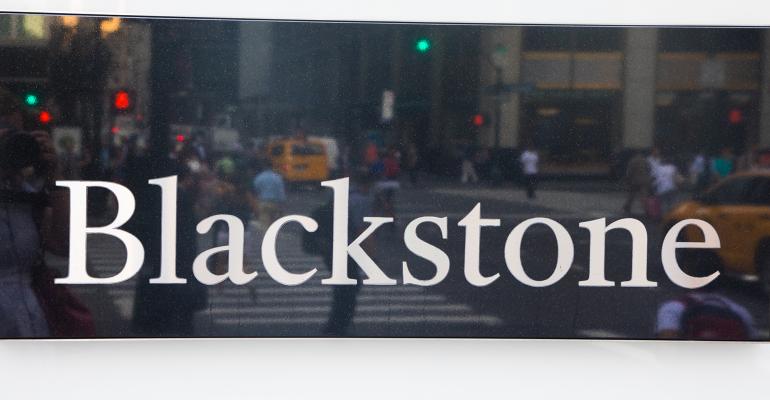 The private equity firm is closing a fund that invested in CMBS loans.

(Bloomberg)—Blackstone Group Inc. is closing a real estate fund that used leverage to load up on commercial mortgage backed securities, investments that have slumped during the Covid-19 pandemic.

The Blackstone Real Estate Income Master Fund, with about $1.1 billion of total investments at year-end, including those purchased with leverage, will sell the assets and distribute the proceeds to shareholders, the company said in a regulatory filing this week. Its net assets have declined from almost $773 million at year-end to $553 million as of May 31.

The fund suffered a 24% decline in March as markets swooned. It had generated an average annual return of 5.52% over five years through 2019.

CMBS delinquencies in the U.S. surged to 3.59% in June from 1.46% in May, the largest month-over-month increase on record, according to Fitch Ratings. With consumers staying home and shopping online, hotels and mall-based retailers are missing mortgage and rent payments.

“An orderly wind down” would provide shareholders with the “best path to maximize portfolio recovery” while also getting them some cash, Blackstone said in the filing late Monday. The funds recently built a strong cash position “and have begun to see a recovery in pricing since the recent trough related to the outbreak of Covid-19,” the firm said. As of May 31, almost 10% of the fund’s net assets were in cash, according to company documents.

At year-end, the master fund held about $687 million of CMBS and an additional $227 million of residential mortgage backed securities, with both categories including debt bundled by government sponsored agencies as well as private issuers. The assets were funded in part with more than $400 million in borrowings in the form of reverse repurchase agreements, filings show.

Blackstone, the world’s biggest alternative asset manager, set up two so-called feeder funds that sold shares to investors and used the proceeds to invest in the master fund, the vehicle that held and traded the securities. The feeder funds, which are also shutting, offered several times a year to buy back shares from investors who wanted to cash out.

--With assistance from Adam Tempkin and Heather Perlberg.

To contact the reporter on this story: Miles Weiss in Washington at [email protected]

To contact the editors responsible for this story: Sam Mamudi at [email protected]