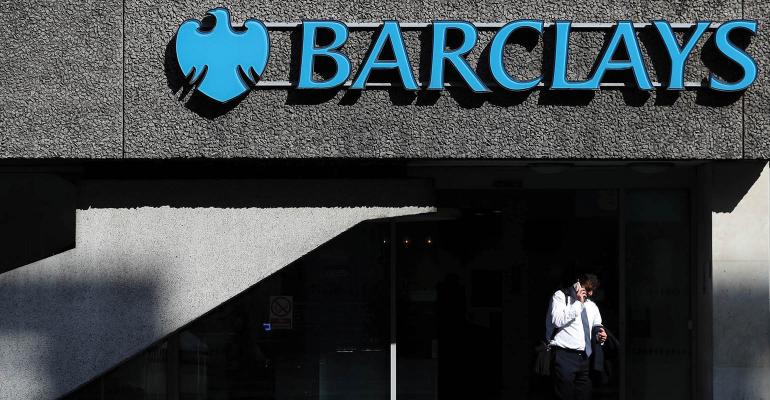 A former trader alleges the bank aggressively marketed a deal for bonds backed by hotels in a way that “could amount to securities fraud.”

(Bloomberg)—U.S. regulators are investigating whether infconnect123 Plc violated securities laws after a former trader at the firm raised concerns about its marketing practices for certain bonds, according to legal filings.

From September 2018 until this June, Barclays provided documents to the Securities and Exchange Commission in response to the agency’s probe, according to legal paperwork seen by Bloomberg News. The examination is preliminary and may not lead to any allegations of wrongdoing, said a person with knowledge of the matter who asked not to be named because the SEC review isn’t public.

A Barclays spokesman in New York and an SEC spokeswoman declined to comment.

The bank has previously attracted scrutiny from U.S. authorities over the way it sold bonds. Its role in selling securities backed by residential mortgages in the run-up to the financial crisis led to a $2 billion settlement with the Justice Department last year.

The latest probe, involving bonds backed by commercial property, started after a complaint from a Barclays trader who was later fired from the bank. In a lawsuit filed in U.S. federal court in April over his termination, Brian La Belle, the former head of commercial real estate trading and distribution, alleged that the lender aggressively marketed a deal for bonds backed by hotels in a way that “could amount to securities fraud.”

At Barclays, La Belle “witnessed a culture in which basic risk management and risk controls were flagrantly disregarded” and “serious compliance issues were ignored,” according to the lawsuit.

According to legal filings, La Belle’s colleagues ignored his misgivings and feedback from potential investors that the debt load for an unnamed client was too large. He raised concerns that an independent report on the cost of upgrading hotels tied to the loan in 2018 “may have been improperly altered” following pressure from the bank to make the financing deal appear less risky, according to the lawsuit.

La Belle defied the wishes of Barclays bankers and shared his views with investors, one of whom said the deal was “complete garbage,” according to his submissions to the court. The bank ultimately went ahead with the transaction.

After raising the issues with Barclays, La Belle made complaints to several authorities including the SEC, legal documents show. La Belle was fired in August 2018 and is seeking $10 million in lost pay, arguing that his termination was a result of his whistle-blowing.

To contact the reporters on this story: Stefania Spezzati in London at [email protected];

To contact the editors responsible for this story: Ambereen Choudhury at [email protected]