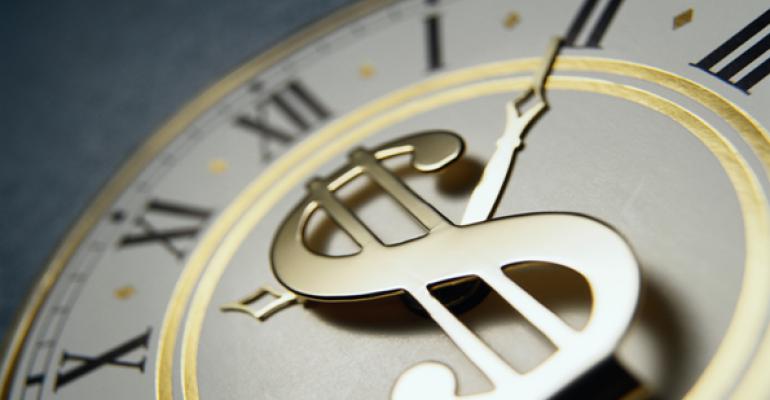 The wave of CMBS maturities is setting up a smorgasbord for B-piece buyers.

The rising volume of CMBS issuance has some in the industry questioning whether there is enough investor appetite to consume all those loans. After all, nearly $300 billion in conduit CMBS loan balance is set to mature in 2015, 2016 and 2017, more than 2.5 times the amount that matured from 2012 to 2014, according to research firm Trepp LLC. However, there appears to be abundant buyer demand to meet that growing supply.

“I don’t think the industry is capital constrained. At the moment, there is probably a little more capital than there needs to be in the space,” says Steven Schwartz, partner, acquisitions, at Torchlight Investors, a provider of investment management services for institutional clients, in New York City. “Even if the maturity wave hits in the way some people think it will, and CMBS volume goes up substantially, I still think there is enough capital out there to support issuance.”

If that turns out to not be the case, issuers know one of the most significant ways to attract capital is by increasing the yield, he adds.

Although the higher risk associated with the B-piece portion of CMBS loans sent buyers diving for the sidelines in 2008, they are now back in full force. “You have healthy competition, and you have a lot of interested investors,” says Schwartz.

Most deals today get between three and five bids compared to the one to three bids that are more the norm in a leaner market. What that translates to is good competition for B-pieces.

A handful of investors account for the majority of B-piece buys. Last year, Rialto Capital, Seer Capital, Ellington Management and LNR Partners combined bought up about 70 percent of the $58.2 billion in B-piece deals to hit the market. Rialto alone acquired $15.8 billion in B-piece issuance. However, there are a number of other investors keeping tabs on the market who are willing to step up for the right deal.

For example, Torchlight Investors acquired $2 billion in CMBS B-piece loans in 2014 in two separate transactions. “When we think credit standards are better or we can shape the pool, we are more likely to participate,” says Schwartz.

Despite the fact that CMBS issuance is still well below peak levels, buyers are finding an ample supply of deals to shop with new and maturing loans. CMBS volume is still well below peak levels, but it is growing. In 2007, U.S. CMBS issuance reached $230 billion. Last year, CMBS shops securitized $94.1 billion of commercial mortgages and that volume is forecast to climb to $124 billion this year, according to Commercial Mortgage Alert, an industry newsletter.

In addition, even though CMBS issuance is below its pre-recession levels, the sub-investment grade B-piece as a portion of the deal has actually gotten bigger since the credit crisis. “Credit enhancement is higher at all levels compared to what it used to be, and continues to get higher as underwriting declines. So the B-piece is getting bigger,” says Huxley Somerville, a managing director at Fitch Ratings in New York City.

In fact, that B-piece portion of CMBS issuance is more than double what it was pre-precession. Back then, the B-piece portion generally represented about 3 percent of the transaction. It is exceeding 8 percent in deals being done in 2015, says Somerville. In general, B-piece deals refer to the non-investment grade portions of the issuance, namely BB, B and unrated securities.

There does seems to be plenty of investor demand for B-piece CMBS, largely because it offers relatively high yields, according to Somerville. So far, the 2005 maturities are doing pretty well, although more of those are weighted towards the second half of the year, he says.

“I think the market for new issuance is there. If underwriting continues to decline, then that may in and of itself diminish demand, because bidders will not want to fulfill the weaker transactions,” he says. Yet that actually would be a positive change as it means the market is pushing back against continually weaker underwriting, he adds.